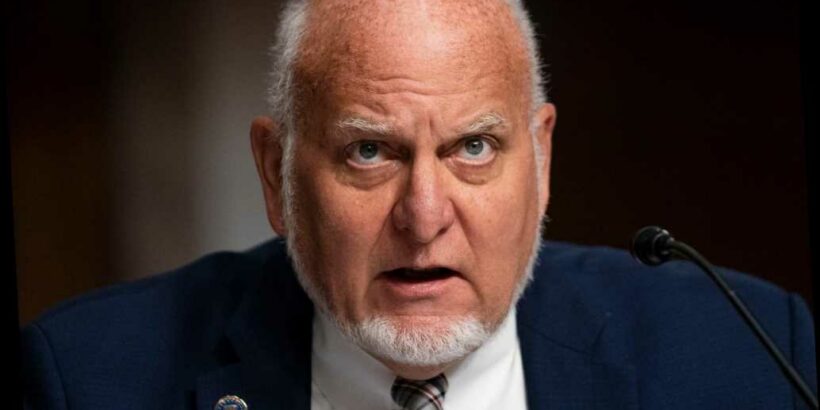 Joint report from China, WHO says animals were likely source of COVID-19

Mask Nagging has given a free pass to passive-aggressive sociopaths

The former director of the Centers for Disease Control and Prevention slammed China’s handling of the coronavirus pandemic — admitting that he could use the word “cover-up” to describe the country’s response to the virus, which has now killed more than 2.7 million people globally.

“A year after this pathogen started, we’re now having a critical analysis of where it came from by scientists,” Dr. Robert Redfield told CNN’s Chief Medical Correspondent Dr. Sanjay Gupta Sunday in a special report called “COVID WAR: The Pandemic Doctors Speak Out.”

“It seems to me that some of the information is people are not being transparent about it. I could use the word ‘cover-up,’ but I don’t know that so I’m not going to speculate that.”

China has repeatedly denied any cover-up.

The former CDC chief also said he offered to send CDC workers to the country to assist with the outbreak of the deadly bug in January 2020, but the offer was never accepted.

He said that then-President Trump even called President Xi Jinping, and that Alex Azar, the Health and Human Services secretary, made requests to China’s minister of health, but both to no avail.

“I think we could have learned very quickly that we’re dealing with a different beast than the one that everyone had sold us,” Redfield said.

The respected virologist also repeated his belief that the pandemic leaked from a lab in Wuhan, China — a controversial theory he cited without evidence — but added that he didn’t think it was intentional.

“I still think the most likely etiology of this pathogen in Wuhan was from a laboratory — you know, escaped. Other people don’t believe that. That’s fine,” he told Gupta.

“Science will eventually figure it out. It’s not unusual for respiratory pathogens that are being worked on in a laboratory to infect a laboratory worker.

However, Fauci did admit he was “always” skeptical about the COVID-19 data being reported out of China.

“I always had skepticism about it because of what we went through with SARS,” he told CNN’s Gupta.

“China was saying, ‘Oh it’s flu, it’s flu,’ and then the next thing you know, SARS was all over the world — in Canada, in Australia, all over the place. They were not very transparent in the past. It wasn’t outright lying. They just didn’t give you all the information.”

Meanwhile, a joint World Health Organization-China study on the origins of the disease says that transmission of the bug from bats to humans through another animal is the most likely scenario and that a lab leak is “extremely unlikely,” according to a draft copy obtained by The Associated Press.

The report’s release has been delayed repeatedly, raising questions about whether Beijing was trying to skew the conclusions to prevent blame for the pandemic falling on China.

But the AP received a copy Monday from a Geneva-based diplomat from a WHO-member country.

It was unclear, however, whether the report might still be changed prior to the official release, though the diplomat said it was the final version.

Another diplomat confirmed also getting the report. Both refused to be identified because they were not authorized to release it ahead of publication.

The researchers listed four scenarios in order of likelihood for the emergence of the deadly virus.

Topping the list was transmission from bats through another animal, which they said was likely to very likely. They evaluated direct spread from bats to humans as likely, and said that spread through “cold-chain” food products was possible but not likely.