Treachery! Ex-commando, 77, should be enjoying life as a Chelsea Pensioner but instead he’s being grilled by police – one of hundreds of British soldiers threatened with criminal charges 40 years after the Troubles 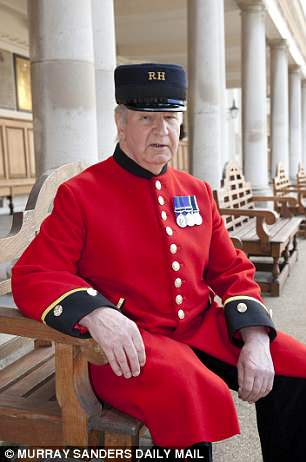 Former Marine David Griffin, who has never married, lives in retirement as a Chelsea Pensioner.

The word David Griffin uses is ‘treachery’. It is a strong one, freighted with quiet anger towards a government he believes has betrayed him. And he does not use it lightly or intemperately.

Mr Griffin is a Chelsea Pensioner, Army veteran and an ex-Royal Marine.

He is an old man now (aged 77) — quiet in demeanour, thoughtful; softy spoken — and he has earned a peaceful retirement.

But a dark shadow hangs over his years of loyal military service like a shroud. It relates to an incident 46 years ago when he was serving in Northern Ireland during the bloody height of the Troubles in 1972, when a man was killed.

More than four decades on, Mr Griffin was questioned by police about it as part of an investigation led by the Police Service of Northern Ireland.

Indeed, he faces a possible charge of murder or manslaughter because of it. Yet during the ambush in which the man died, Mr Griffin was acting under orders to save innocent lives. He was simply doing his job.

Moreover, he had no idea then — any more than he has now — whether his bullet hit the man or a colleague’s. And no amount of interrogation or inquiry will change that.

‘What I did was absolutely legal and yet 46 years on, these charges against me are being pursued,’ he says.

‘No senior member of the judiciary with half a brain would listen to them once they knew what actually happened.

‘But if they insist on dragging me onto the legal battlefield, I will give them a fire-fight that will exonerate me completely. I’m not worried. I don’t lose sleep.

‘But I am monumentally annoyed, aggrieved and disappointed at the sheer treachery at the very top of the tree of state.’

Time has passed, and the facts about the shooting that has come back to haunt Mr Griffin are confused, as they often are when armed combat is involved.

On the night in question, his commanding officer had received intelligence that their barracks in north Belfast was to be attacked by the IRA. Mr Griffin and five fellow Royal Marines were tasked with stopping the attack and protecting their comrades and civilians. That night, they hid behind foliage, a squad of six Marines, and lay in wait. Around midnight, as anticipated, they heard gunfire. 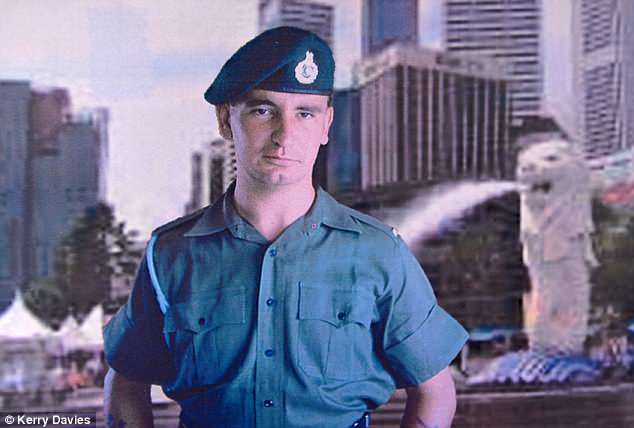 Mr Griffin when he was a Royal Marine. Along with five of his colleagues, he was assigned to protect a barracks that came under attack from the IRA

Mr Griffin raised his rifle to his shoulder and, peering through the night-sight, he saw a male figure emerge through the darkness.

‘He was aiming a weapon in the direction of the main gate area where the sentries stood,’ he recalls. ‘Later, I looked at the weapon. It was an old Lee-Enfield with a five-round magazine in place, a classic, very accurate rifle. He was standing in the firing position. So immediately I fired off four rounds.

‘There was chaos, cross-fire from everywhere. Your life is on hold. You haven’t time to feel scared.

‘You’re in the firing line and it’s a strange feeling. You accept for yourself the sheer chaos that rains down on you.

‘There were thumps, bangs, bullets coming from all over the place and I fired four shots. It was very dark. A gunman on the street died. I’ll never be able to tell if it was my bullet that killed him or any of the myriad others — and no amount of questioning will reveal what happened.’

He makes no apology for his actions. ‘My company commander put me in situ to ambush and, if necessary, kill an enemy who was trying to kill us,’ he says.

‘You’re there to stop him by all means bestowed on you by legal authority before he discharges his weapon at the security forces or a member of the public, whom it is your job to protect.’

The fire-fight over, the men were ordered back to barracks. They would later learn that one person had died — 17-year-old Catholic labourer John Mooney.

An inquest was subsequently held into his death, in which it would also be disputed whether Mr Mooney had a weapon or was simply an innocent passer-by. 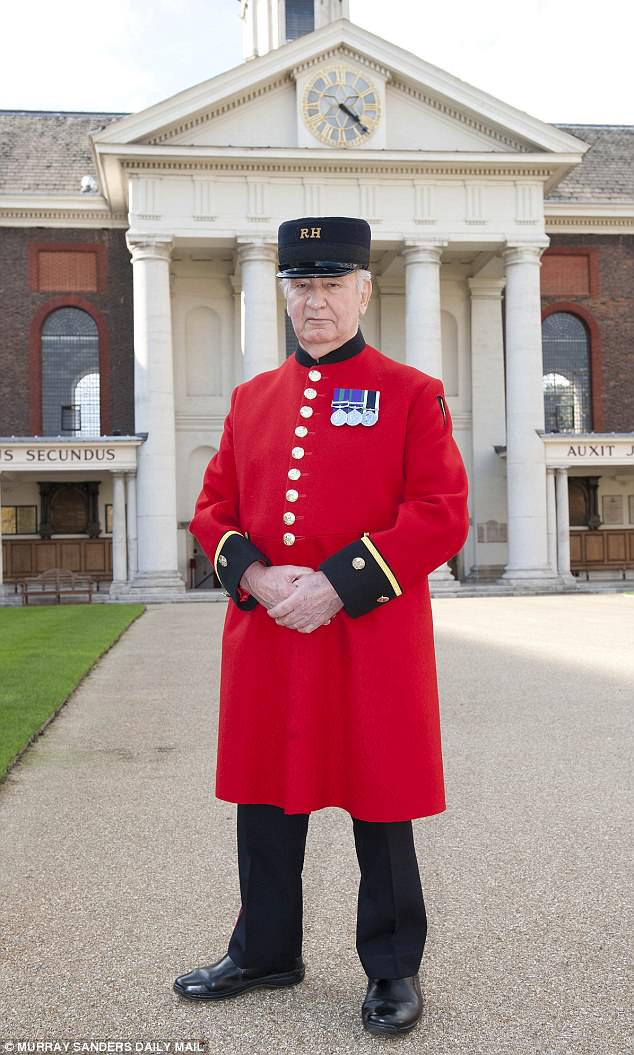 But the inquest proved inconclusive. ‘It looks unlikely that we will ever get satisfactorily to the bottom of this,’ the coroner was reported to have observed.

That was 46 years ago, and still Mr Griffin has not been vindicated. ‘I feel sorry for the poor coppers trying to make sense of it now,’ he says.

Above all he is furious at that he sees as a political witch-hunt. ‘This persecution of the military by the Government after all these years is shocking; an absolute betrayal.’

Mr Griffin was reacting to comments from Theresa May which provoked outrage among fellow veterans when she announced that she would push ahead with proposals to deal with the toxic legacy of the Northern Ireland Troubles without giving troops immunity from prosecution.

Northern Ireland Secretary Karen Bradley has been widely criticised for abandoning the idea of an official reprieve for former troops after objections from Sinn Fein, the DUP and families of the 3,600 killed during the Troubles.

Her decision has provoked accusations of betrayal, not only from Mr Griffin, but from countless veterans and MPs.

It has also caused dissent in the Cabinet. Defence Secretary Gavin Williamson is concerned that former soldiers face a ‘witch-hunt’.

Meanwhile, hundreds of British troops who served in Iraq have been similarly hounded over their actions on the battlefield a decade ago.

This time limit for prosecutions would have led to an amnesty for Northern Ireland veterans, too.

However, politicians in Northern Ireland have blocked it, fearing it could also protect IRA killers.

Critics of the investigation, though, say ministers are ‘deluded’ if they think the inquiry would ensure IRA terrorists are investigated on the same scale as British troops.

Julian Lewis, chair of the Commons defence committee, says the IRA didn’t keep full documentation of its terrorist activity. ‘It’s much easier to pursue a soldier rather than a terrorist. We followed the rules and they didn’t.’

(Tony Blair’s government nevertheless sent so-called comfort letters to many IRA suspects after the 1998 Good Friday Agreement that brought peace to the province, giving them immunity from prosecution).

So Mr Griffin, who was questioned five years ago by Northern Ireland police about the Belfast shooting in 1972, is left facing the prospect of a criminal trial.

The former Marine, who has never married, lives in retirement as a Chelsea Pensioner. The settled routine of his life was first disrupted when he received a letter from the Northern Ireland Historical Enquiries Team (now superseded by the Legacy Investigation Branch) asking if he could help with a ‘review’ of the incident in which 17-year-old Mr Mooney died.

‘Why did they wait four and a half decades before asking to see me and hear the story?’ 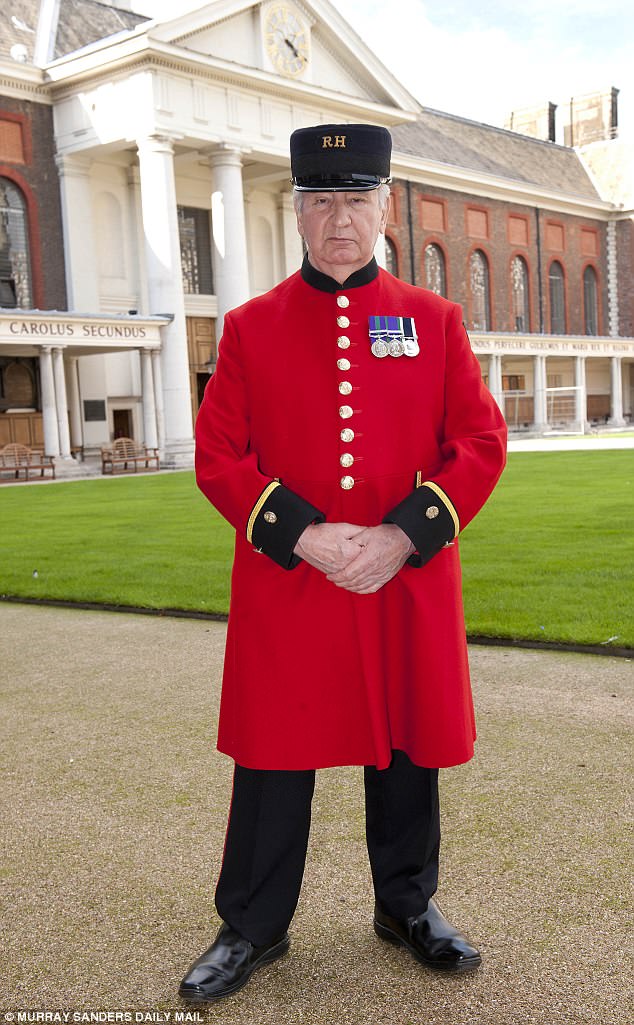 He did not get a satisfactory answer. Instead, two Northern Ireland police officers arrived to quiz him. He shrugs with incredulity at the fruitlessness of their task.

‘A young Marine does his duty, then more than 40 years on when he’s an old man, there are two men in blue on his doorstep with notebooks — both too young to really understand the Troubles — talking about events and “illegality”.

‘Most old men who served, including me, can’t remember the finer details of what happened. But I do know I was in an ambush group acting under a directive from the colours under which I served, to kill an armed enemy.’

He says his police interrogators were ‘extremely polite’.

‘They wanted a “great favour”; for me to tell them what in heaven’s name went on in Belfast that night and I was very polite, too, and told them the full story as I recalled it.

‘They showed me one or two witness statements — very old, very poorly-typed and undated, without signatures.

‘That was five years ago and I haven’t heard a dicky bird since. Until this cropped up, of course.’

He refers to this week’s news that there is to be no amnesty for him; nor for comrades including an old friend, an ex-sergeant major, now dying from liver disease who has been told he faces charges of manslaughter following the death of a man in 1974.

‘It’s outrageously uncivilised,’ Mr Griffin says. ‘How does a man with a short time to live cope with that?’

He strongly criticises the politicians — reserving bitter invective for Tony Blair who brokered the Good Friday agreement — who ‘persecuted’ soldiers and police officers while exonerating hundreds of members of the IRA.

‘When I was serving in Northern Ireland, Sinn Fein were the enemy, and it’s my opinion that politicians are now appeasing them again, while sweeping under the carpet what the IRA did, which is a betrayal of the military,’ he says. 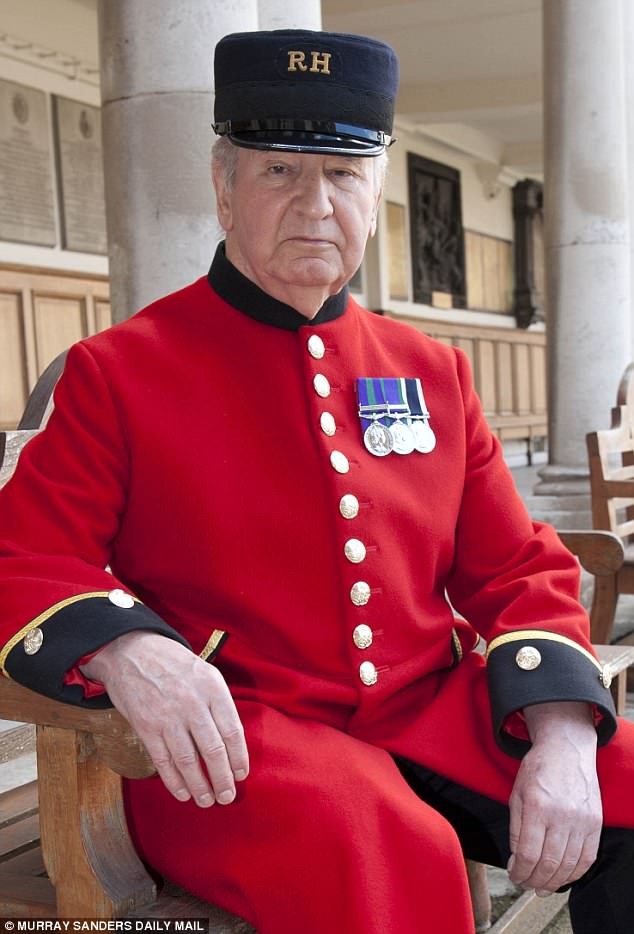 In his eighth decade, he is not a bellicose man, even though he has given 22 years of his life to the services.

Born in Dublin in 1941, the youngest of eight children and the son of a police officer, he was raised a Catholic and came to the UK in 1958 where his application for British citizenship depended on him completing two years’ National Service.

Having served this obligatory stint in the military, which he enjoyed, he signed up for a further six years in the Army, serving in Aden, Hong Kong and Germany.

Then he completed an elite Marine Commando course and spent the rest of his service years with the Marines.

He did so with distinction. In 1974 — two years after the north Belfast shooting — he was on another tour of duty in Northern Ireland when, one day, his job was to secure a cache of explosives discovered in a remote cottage.

While doing so, he and a colleague apprehended six men who had come to retrieve the hoard. His ‘devotion to duty’ was noted on his service record.

He made sacrifices, too, remaining single because, as a seafarer, he spent so much time away.

When I ask why he did not marry, he smiles: ‘I loved the sea. And before I knew it I was 43 and that particular ship (the marriage one) had sailed.’

Now he lives alone; grateful for his billet at the Royal Hospital, Chelsea; appreciative of the support of military top brass who have expressed themselves ‘completely outraged’ by the harassment of him, but anxious not to embroil his large extended family in the current furore.

Of his siblings, only one — a sister, aged 92 — remains alive. ‘This would worry her,’ he says. ‘I hope she’ll never find out that her youngest brother is being pursued because it’s so bloody ridiculous that they’re chasing me.

‘I’ve kept it away from my family, my nieces and nephews, too.

‘This whole thing is, in my view, libellous and unwarranted.

‘I dare say that few people in authority now give a damn about my clean military legacy; about the fact that I did the best I could in times of danger.

‘If a young man asked me today: “If I join the military now, how do I answer for events 46 years later that I wouldn’t be able to remember?” How on earth would I be able to reassure him?