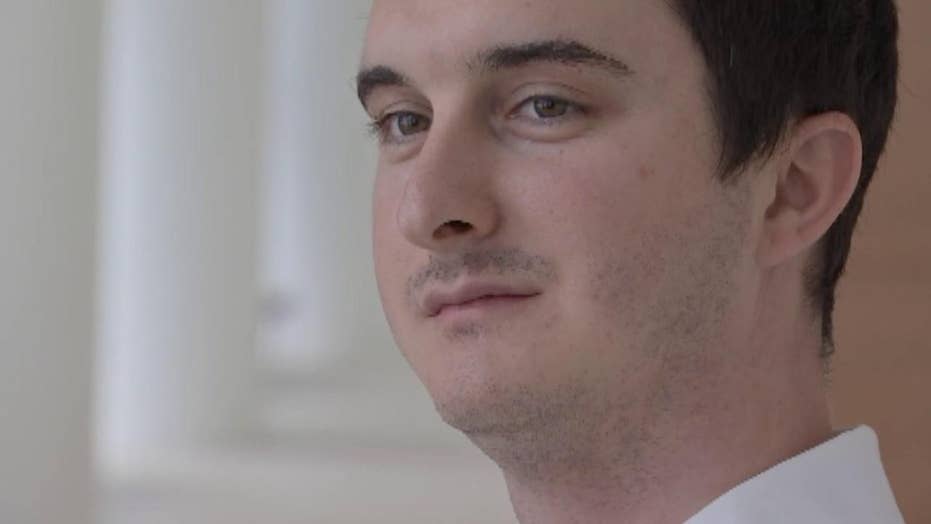 Antonio Reza, who was sentenced to jail for felony robbery, will graduate from the University of San Francisco as valedictorian with some help from an unlikely source.

DUBLIN, Calif. – By all accounts, Antonio Reza has completely changed his life around, but in the Alameda County courthouse Tuesday, he got some additional help from what would seem to be two unlikely sources: the Fremont police detective who arrested him, and the deputy district attorney who prosecuted him.

"My entire adult life has been dictated by those actions. And now it is gone," said Antonio Reza.

Seven years ago at the age of 19, Reza, who grew up in Newark, was the getaway driver in four armed robberies in the East Bay.

Some of his accomplices, young men he had known, were ultimately involved in 17 robberies.

"I had a lot going on at the time. I knew seven people who died. That year. I lost hope," said Reza.

One of his accomplices was later involved in a shootout with police and killed himself.

"He said I messed up. That this wasn't the end of him. This will be my low point. I hear that a lot. But he meant it," said Gephardt.

Reza pleaded guilty to felony robbery and was sentenced to jail time and probation.

"I asked him what could i have done differently as a mother. I did what I could. We could see he was going down a difficult path," said his mother, Jackie Reza.

But that was then. This is now.

Reza is graduating from the University of San Francisco next month as valedictorian.

"I turned my felonies into 4.0s," Reza said, referring to his GPA.

He wants to go to law school, but the felony conviction would have made taking the bar exam nearly impossible.

Gephardt, who's become Reza's friend and mentor, heard about the dilemma, called the prosecutor, and the two agreed to ask the judge to change the charge to misdemeanor grand theft and expunge the case from Reza's record.

The judge signed off on it Tuesday. Now Reza can go to law school and eventually take the bar.

"We want to give people the chance who show they want to improve their lives and they work hard to do so," said Alameda County Deputy District Attorney Matt Gaidos.

"I am so happy today. I'm excited and proud of him," said Reza's mother.

Once he gets his law degree, Reza says he hopes to put it to use by reforming the criminal justice system.

"I want to use my story to let other people know that it is true. Anything is possible," he said.