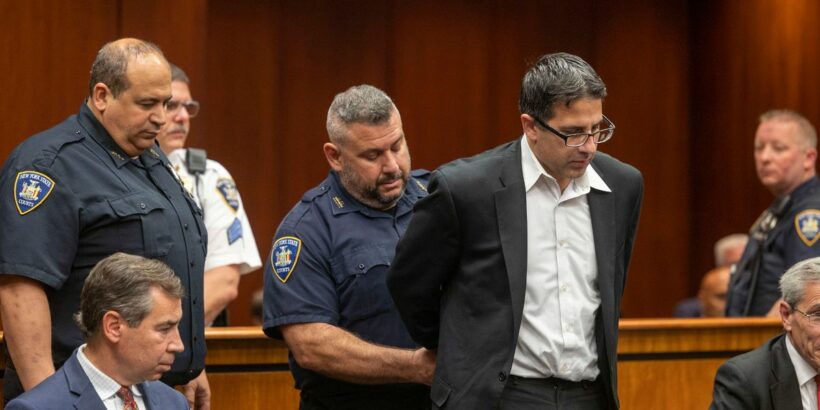 A former New York police officer had been sentenced to 25 years to life in prison after being found guilty of murdering his autistic son.

Michael Valva, 43, was found guilty of the killing of his son Thomas, eight, after he locked him in an unheated garage overnight where temperatures are understood to have dipped below freezing.

In November he was found guilty of second-degree murder following the 2020 killing and has now been given the maximum punishment for his crime.

Thomas passed away after suffering from hypothermia, with temperatures in the garage reported by the New York Post to have slipped below 6C.

His brother Antony is understood to have suffered the same treatment, although he survived.

Judge William Condon discussed the harrowing nature of the trial.

“This was the most stressful trial I’ve ever been a part of as either a lawyer or a judge,” he said.

“Everybody who took part in this trial lost sleep, didn’t eat, had nightmares — it was difficult for everyone.”

Accepting his sentence, Valva said he had, “already sentenced myself to a life of extreme remorse, loss and grief".

He continued: “First want to express to you and everyone involved in case I am truly sorry. I am regretful and ashamed, heartbroken and grief-stricken.

“I loved Thomas with all my heart.

“I terribly failed my boys, instead of providing them with unconditional love and support. My actions were neglectful and abusive to my boys, resulting in the tragic death of Thomas.”

He added: "Judge Condon, I did not want my son to die. I never imagined he would have died. However, I lost my way, thinking punishments were temporary and eventually would get us back to normal.

“I was so wrong, and it cost Thomas his life.”

Despite claims from teachers from Thomas’s school, Condon said he thought the killing was unintentional.

“I appreciate and I think you are sincere in saying you’re sorry, I really do,” Condon said.

“I don’t think you intended to kill Thomas.”

He continued: “But there’s no getting around the fact that Thomas and Anthony lived their young lives under constant duress in the place where they should have felt safest in their own home."

The judge also added that Valva’s role as a police officer made things worse.

“Rather than be his children’s protector he was a warden who starved and repeatedly punished,” he said.

“One question still beguiles me.

“How did all of us as a community allow this to happen? And I acknowledge this is not the appropriate forum to have this discussion — but it needs to happen.”