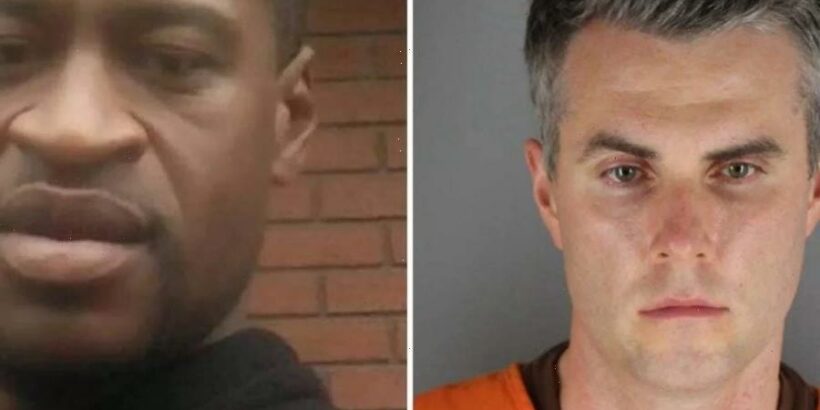 A former Minneapolis police officer who pleaded guilty to a state charge of aiding and abetting second-degree manslaughter in the killing of George Floyd was sentenced Wednesday to three years.

Back in May, Lane pleaded guilty to second-degree manslaughter. This week he was sentenced to 36 months.

According to AP News, under Minnesota rules, with good behavior, Lane could serve two-thirds of the penalty in prison, which is two years minus credit for time served. Should Lane get credit for good behavior on his federal sentence, he’ll likely end up serving just over two years in custody for that conviction.

All three former officers were convicted in February by a federal jury on charges of violating George Floyd’s civil rights by failing to intervene or provide medical aid as their senior officer, Derek Chauvin, kneeled on the back of the handcuffed 46-year-old Black man’s neck for more than nine minutes in the May 25, 2020, incident. Footage showed during the arrest, Lane held down Floyd’s legs, Kueng held down Floyd’s torso, and Thao stood nearby and kept a crowd of upset bystanders back, as Floyd desperately pleaded for them to let him breathe. Floyd called for his mother before he lost consciousness and died.

At the time, it was Lane’s fourth day on the job. Lane testified in the trial that he asked Chauvin twice to reposition Floyd during the restraint but was denied both times. Body camera footage confirms Lane’s testimony.

At the end of Thomas Lane’s sentencing, the ex-officer could be heard mistakenly drawing the conclusion that he would be required to register as a predatory offender for the crime.

“I gotta register as a predatory offender? What the f–k is that?” Lane said. “That’s what Chauvin has to do. If I have a minimal role, why the f–k do I have to do that? Jesus Christ.”

As Lane’s lawyer told Lane he’d look into it, the live footage was cut.

According to CBS News, Minnesota Attorney General’s Office’s John Stiles said that Lane will not have to register as a predatory offender.

The other remaining officers with Lane that day–J. Alexander Kueng and Tou Thao–are scheduled to go on trial in October in their state case. Derek Chauvin is currently serving more than 20 years for the murder of George Floyd and for violating his civil rights.