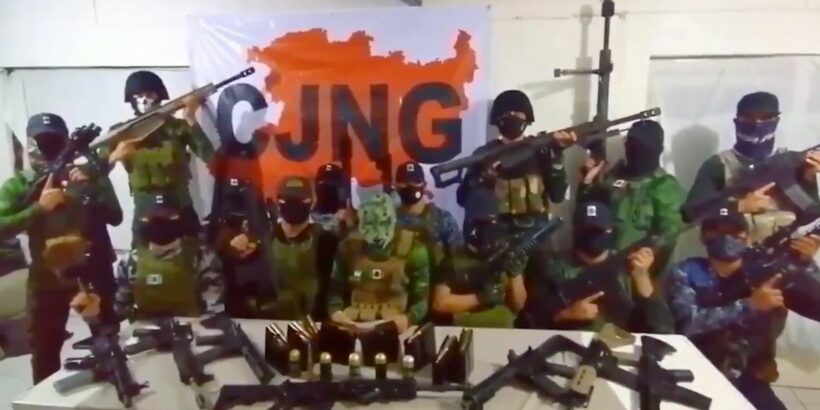 A former US marine has been charged for allegedly smuggling guns for one of Mexico’s deadliest drug cartels, prosecutors say.

Marco Antonio Santillan Valencia, 51, is the alleged leader of the six-man group which was arrested last week, on January 19, in California, USA.

The half dozen men – which also include Santillan’s son, Marco Santillan Jr. – have been charged with conspiracy to violate federal export laws and also plotting to smuggle assault weapons and hundreds of thousands of rounds of ammunition to the Cartel Jalisco Nueva Generacion (CJNG).

The culprits used drug money to purchase legal weapons in the US states of Oregon and Nevada, while also ordering pallets of bullets for delivery to a “stash location”.

The operation began in March 2020 and lasted for about a year, during which some items were sent to Mexico, while authorities seized others.

Amongst those seized were assault rifle parts and kits to assemble miniguns, which are machine guns capable of firing up to 6,000 rounds per minute.

US Attorney, Tracy L. Wilkison, said in a statement: “This case alleges a scheme to provide military-grade firepower to a major drug trafficking organisation that commits unspeakable acts of violence in Mexico to further its goal of flooding the United States with dangerous and deadly narcotics.”

Santillan – who has previously been sentenced to six months in prison for conspiring to import contraband in 1994 – pleaded not guilty to the charges.

According to the DEA’s 2021 threat assessment, the CJNG was one of Mexico’s two dominant drug trafficking groups, along with the Sinaloa Cartel.

The CJNG has pushed synthetic drugs – chiefly methamphetamine and fentanyl – into the US through the border cities of Tijuana, Ciudad Juarez and Nuevo Laredo.

The charge of conspiracy to violate export administration regulations carries a maximum sentence of 20 years in prison, while the attempted smuggling counts each carry a maximum penalty of 10 years behind bars.