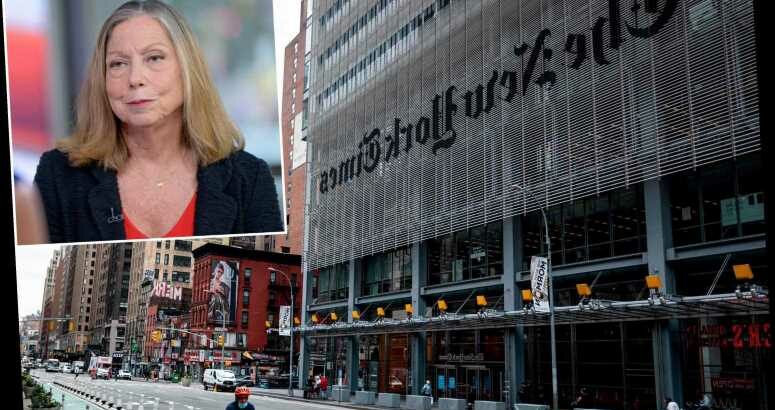 I have been called by many reporters about the controversial departure of reporter Donald McNeil from The New York Times.

“Do I think the Times treated McNeil unfairly?” “Is there a management meltdown at the Times?” “Why are ‘woke’ reporters up in arms inside the Times?”

Because I’m a journalist, I always try to respond truthfully and on-the-record, which I have done. But some of the reporters who call me are mainly looking for little “scooplets” to feed controversy, to stoke conflict, to keep the story going for another news cycle.

I do have a unique perspective that I’m eager to share. I know what it feels like to be pushed out of an important job at The Times in a public manner, as was the case when I was fired as executive editor in 2014.

It’s painful beyond words to have a career cut short at the Times, especially when a life-altering decision about a great journalist’s career is made by its leaders under duress and under intense public scrutiny. These are not the best conditions for considered, fair decision-making.

I also know what the Times feels like from the inside when it is beset by one of these controversies. It’s destabilizing and even the best managers can feel like their heads are spinning. It’s easy to feel like the whole world is watching when, in truth, only journalists glued to Twitter are watching. I was there for the raging days of Jason Blair and Judy Miller.

No one has really stopped and asked the only question that really matters in the current flap and all the others. Have readers been adversely affected by what’s happened inside the NYT or by Mr. McNeil’s behavior? Given what I know, and there is still information I don’t know, I think not.

Because of Mr. McNeil’s resignation, readers are being denied his vital reporting on COVID-19 at a very inopportune moment. Were they impacted by whatever he said to a group of kids on a trip in 2019? I think not. Did Mr. McNeil’s utterance of a racial slur word with no intent to harm anyone hurt readers? Again, I think the answer is no, although as someone who teaches college students I would never say this word myself.

Sure, one can question McNeil’s judgment on the trip, but that has almost nothing to do with whether he has upheld his first duty as a professional journalist: to bring the public vital information and hold power accountable. As someone who knows Mr. McNeil, I can say with authority that he has always performed this first duty of a journalist with distinction.

The same was true of James Bennet, a great journalist.

Did A.G. Sulzberger and Dean Baquet make the right decisions? I can say with authority that both are men of honor. A.G. has inherited the publisher’s title at a time when he has distinguished himself by succeeding in pushing The New York Times to the highest levels of digital excellence. Dean, who succeeded me as executive editor, has led a news report that has never been more innovative with an intense focus on the investigative journalism we both love. The Times’ news report has never been better.

There are going to be lapses and mistakes in any news report as ambitious and broad as the Times. When there are lapses, the Times’ first duty is transparency with readers. Sometimes it takes too long, as was the case when I was managing editor, to apologize to readers for flawed coverage (here I refer to pre-Iraq war coverage on Weapons of Mass Destruction based on bad intelligence), but what matters is that the leadership comes clean with readers. The internal sturm and drang involved in getting there isn’t important.

My career at the Times had its ups and downs. During a down period when I was Washington bureau chief, my husband gave me the best piece of advice: “No decisions under duress.” A.G. and Dean have been under intense duress these past weeks. But the constant harping and carping of media reporters has only made the environment more poisonous.

I ask all of you to consider this: Is there any news report that equals the Times in excellence? Do all the people involved in these controversies try their best to fulfill journalism’s duty to readers? Like any journalist who has worked there, I enjoy hearing gossip and about internal dramas. But lately, they have threatened to endanger the very institution I have revered since I was in grade school.

Last year, I brought a group of fifth-graders from a Harlem charter school with me to visit the Times. We had just published the first-ever issue of their school newspaper. They were in awe. They understood what it means to be inside the place where the Pentagon Papers were published and the 1619 Project was envisaged.

Howell Raines, a prior executive editor of the Times with whom I had conflicts that produced the same kind of stories that have been published in the past week, said, “The New York Times is irreplaceable. If it went away, it could never be rebuilt.” Raines had it right.

Jill Abramson was the first female executive editor in The New York Times’ 160-year history, serving in that role from September 2011 to May 2014.