Ex-PMs Tony Blair, Gordon Brown, John Major and David Cameron joined together MONTHS ago to tell Boris Johnson to make test and trace his ‘number one overwhelming priority’ in order to beat coronavirus

Boris Johnson was urged to make a fully functioning test and trace system his Government’s ‘number one overwhelming priority’ in the summer in an extra-ordinary intervention by his predecessors in Number 10.

In it they urged him to focus on making the struggling and badly under-performing system the centre-piece of the fight against the pandemic to get the country back up and running.

But speaking to Times Radio Mr Osborne said that the system had been left to the NHS and health officials to manage instead of having Mr Johnson’s full attention.

‘All the former Prime Minister’s bar one wrote privately to Boris Johnson in July, saying this was the priority, and I still feel it’s been too much something that has been given to the health department, given to the NHS, and the rest of the government has not thrown the full weight of the British state behind it,’ he told the broadcaster.

‘And it’s been distracted by other things, you know, and it shouldn’t be this is the absolute number one overwhelming priority facing the country’

The only living PM not to sign the letter was Mr Johnson’s immediate predecessor Theresa May – who is still a serving Conservative MP –  Mr Osborne claimed.

It came as Baroness Dido Harding, the beleaguered chairwoman of NHS Test and Trace, told MPs today that the scheme was not a ‘silver bullet’ to holding back the spread of coronavirus. 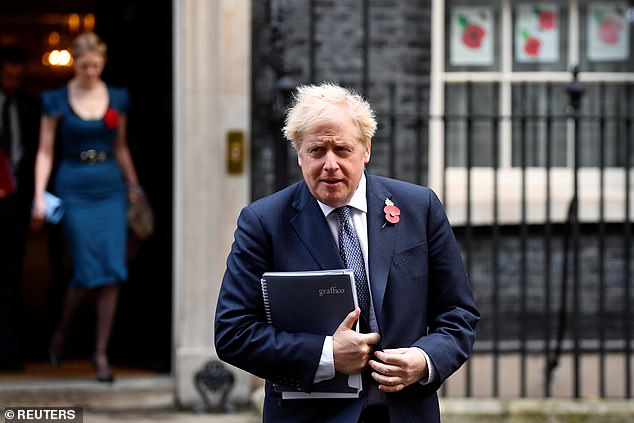 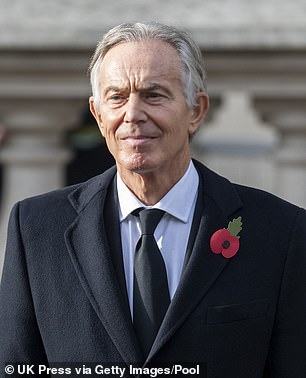 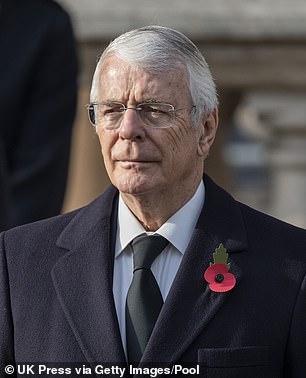 Former chancellor George Osborne has revealed that Conservatives David Cameron and Sir John Major (above right) and the Labour former prime ministers Gordon Brown (below left) and Tony Blair (above left) wrote a private letter to the current occupant of Number 10 in July. 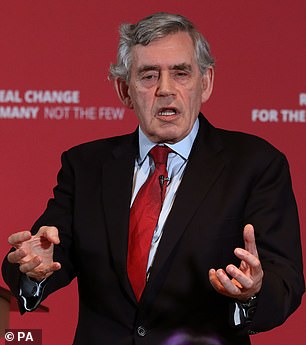 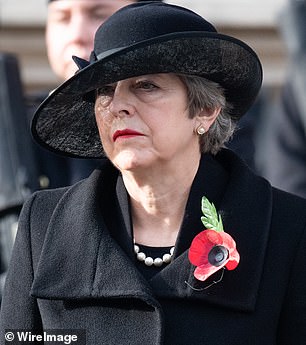 Asked by presenter Matt Chorley who had put their names to the letter, Mr Osborne added: ‘My understanding is it was everyone but Theresa May. I don’t know why she didn’t want to write the letter…

‘If you’ve got Conservative and Labour Prime Ministers who’ve between them have got many decades of experience … that I think is something that should have been listened to.’

The Test and Trace system developed by the Government has been widely criticised after being badly delayed and then failing to achieve widespread results.

Baroness Harding, the Tory peer who runs it, faced the Health and Social Care and Science and Technology committees today.

Asked why the service had not stopped a second wave of infections, she said: ‘Much as I would love that testing and tracing on its own would be a silver bullet to holding back the tide of Covid, unfortunately the evidence in the UK and in every other country in Europe is that’s not the case.

‘That, actually, the way we have to tackle the disease is through a variety of different interventions and we are one of the ways, not the only way.’

Baroness Harding also said the R number was much lower during the second wave than in the first and part of that was due to the test and trace system.

It comes after more than 40 per cent of close contacts of people who tested positive in England were not contacted through the system in the week ending October 28.

‘So even with the best contact tracing system, given what we now know, which is that around 40 per cent of cases are asymptomatic, you will never, even with the best system, be able to identify those cases,’ the Scientific Advisory Group for Emergencies (Sage) member told MPs.

‘There are losses at every stage of that cascade. People may not get tested if they’re symptomatic, they may not isolate, they may not report all their contacts, and so on.

‘And so it’s always been a leaky system.’

Dame Anne said that contact tracing was ‘only one part of the system’, emphasising the benefits of other non-pharmaceutical interventions, such as face coverings and social distancing.

She added: ‘We were very clear that the test and trace system is very important, but it’s only one part of the many interventions we have to make to keep on top of this epidemic.’