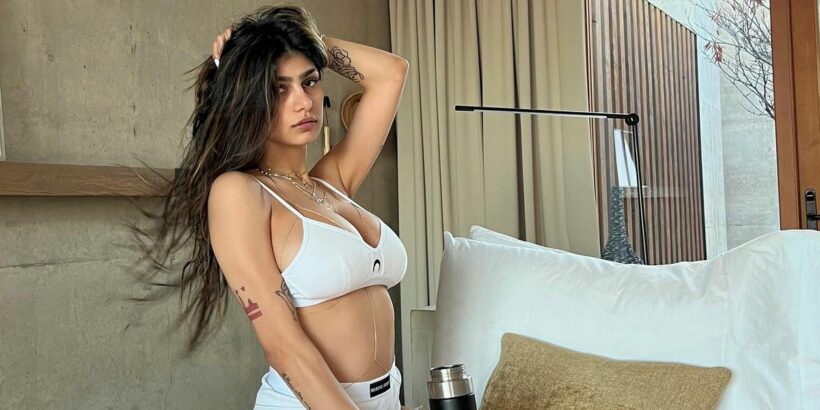 Mia Khalifa has vowed to send "thank you cards" to her fans after she reached a whopping 32 million Instagram followers.

"I don't even know what to do to celebrate, do I wrote everyone thank you cards? [sic]" she said.

Earlier this week, Khalifa opened up on her complex body image issues. Speaking with Yahoo Life, she said she grew up overweight and it wasn't until her late teens she started shedding the pounds.

The 29-year-old said: "It made me act hypersexual when the opportunity presented itself.

"Also, [I was] constantly craving validation. I did not feel good about myself so I just let anyone have access to it.

"I only thought that I was worthy of just existing when someone else desired me or seemingly desired me", Khalifa said.

The former adult star took to Instagram to share her post Valentine's Day celebrations alongside her singer boyfriend Jhay Cortez, calling him a "romance king" after his extravagant plan.

In the first snap uploaded on Khalifa's stories on Wednesday, February 16, a table is set with a candlelit dinner that includes a bouquet of roses.

The 29-year-old captioned the story: "Jhayco secretly the romance king".

She continued by uploading a picture of her beau posing on their balcony in Hollywood Hills alongside the caption: "Mine, all day, every day".

The next two shots are of their house, showing off their stunning views in one of Los Angeles' most exclusive neighbourhoods, describing it as "the house we fell in love in".

In a boomerang story the loved-up couple can be seen kissing overlooking the City of Angels in the background, before the X-rated beauty poses by herself in a pink flowery dress, which she says was inspired by Selena Gomez.