Prostate cancer patients at risk of the disease returning have had NHS scans cancelled or delayed due to supply problems of a screening chemical.

Concerns have been raised over the availability of choline, a chemical compound injected into patients before screening which makes cancerous cells more visible.

It comes as waiting times for cancer patients in England are revealed to be at a record high. Almost one in four patients have not received treatment within the target two-month window.

Karen Stalbow, from the charity Prostate Cancer UK, said: ‘Some men are facing lengthy delays in confirming their prognosis, as scans are repeatedly cancelled at short notice due to the shortage. 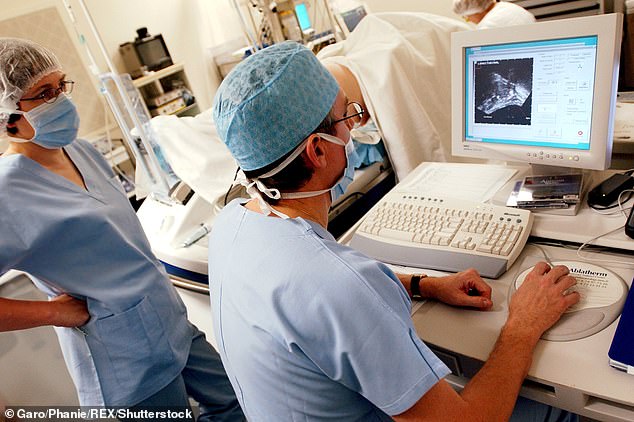 Ultrasound for prostate cancer. Almost one in four patients have not received treatment within the target two-month window

‘This causes major stress and anxiety for these men, leaving some with little choice but to pay around £1,500 for a scan which uses Prostate-Specific Membrane Antigen (PSMA) tracers as an alternative.

‘These scans are currently only available privately, with some men even travelling abroad to get access.

‘NHS providers must take immediate action to ensure that… scans are available to all men with suspected prostate cancer recurrence, starting first with restoring the supply of choline and then progressing the commissioning of a more effective tracer.’

NHS England has denied there is a shortage and said issues with the availability of choline have been resolved. It cited a refit of a supplier’s factory as the main cause.

About one in eight men will be diagnosed with prostate cancer in their lifetimes. 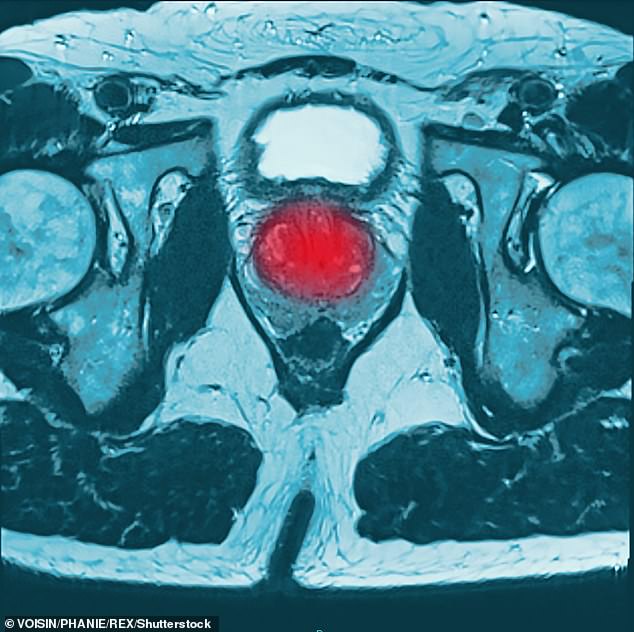 Richard Taylor, from West London, has been diagnosed with cancer for the third time in two years.

He had a scan at University College London Hospital (UCLH) planned for the end of April before a meeting with his oncologist. But it was delayed as there was no choline available.

Mr Taylor said: ‘Someone in the NHS should be ashamed of the unnecessary stress they’re causing patients through a lack of reasonable forward planning to ensure essential tracers are reliable, easily available and – if a batch fails – an alternative is quickly available.’

The hospital offered Mr Taylor a PSMA scan instead, costing £2,200. He was later offered the same scan on the NHS after the Guardian contacted the hospital.

A UCLH spokesman said: ‘We have been working constructively with NHS England to address the choline production issues and they recently agreed to fund PSMA scans for a limited period.’