Two former Tories booted out by Boris Johnson said today they will run against the party at the general election.

Hardcore Remainers Dominic Grieve and Antoinette Sandbach were among 21 Conservatives stripped of the whip in September after voting to block a No deal Brexit.

Mr Grieve, a former attorney general and mastermind of several backbench revolts against the Government, confirmed he will run again in Beaconsfield.

And Ms Sandbach said she would also go head-to-head with a Tory in Eddisbury, Cheshire.

It came after they were not named among 10 of the 21 rebels who were readmitted to the Tory ranks yesterday, because their actions were seen as beyond the pale.

Mr Grieve said he assumes the Tories will put a candidate up against him in his constituency of Beaconsfield.

He told the BBC’s Today programme: ‘I will run as an independent. I’ve made that decision. I have no idea what the outcome will be. 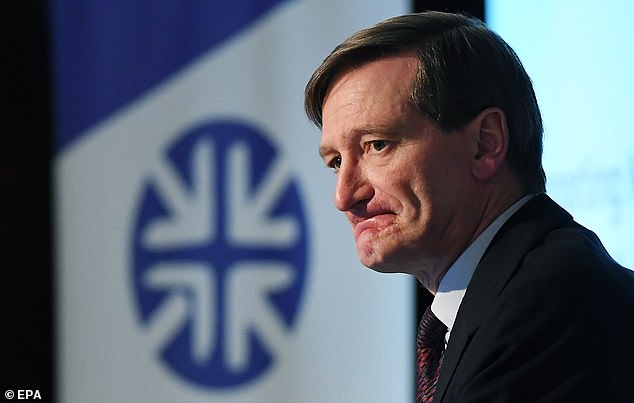 Mr Grieve, a former attorney general and mastermind of several backbench revolts against the Government, confirmed he will run again in Beaconsfield 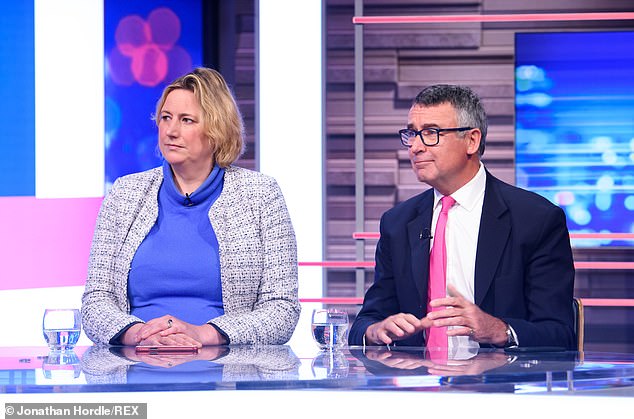 Ms Sandbach (left) said she would also go head-to-head with a Tory in Eddisbury, Cheshire.

‘Logically, I probably ought to lose. It’s a very safe Conservative seat.

‘And if normal loyalties prevail then a Conservative candidate will be elected against me.

‘But I think my constituents are entitled to a choice.’

Earlier this month it was revealed that the Lib Dems were planning to give him a free run at the seat to better his chances of winning.

The Lib Dem candidate, teacher and musician Rob Castell, agreed to drop out to avoid taking Remain votes away from Mr Grieve in a seat that voted 51-49 to stay in the EU in 2016.

Ms Sandbach blasted the ‘toxic’ atmosphere in politics a fortnight ago as she revealed she received a death threat after being deselected as a candidate by her local party.

She told how she received an email saying that Remain-backing MPs should ‘keep looking over your shoulders because Boom Bang you are all dead’.

The message, which she posted on Twitter, came after she lost a vote of confidence among members of her local Conservative Party association.

It effectively barred her from standing for them at the next general election, even if she has the whip restored first.

But she told the BBC today she was not joining the ranks of those MPs standing down at the election.

She said: ‘I will be standing in Eddisbury. I’ve got a very strong local record.

‘I have secured £95million of investment locally into Eddisbury, not from Government but from private investors and I think my constituents will see that I have always stood up and spoken for what I believe to be in our best interests.’