MOSCOW (Reuters) – The lawyer for a former U.S. marine accused of spying by Russia said on Tuesday that his client had been misled before his arrest and believed that a thumb drive handed to him in a hotel room had contained holiday snaps rather than secret information.

Whelan appeared in a Moscow court on Tuesday, where a judge rejected a release on bail. If found guilty of espionage, he could be jailed for up to 20 years.

Whelan, who denies the charges, was detained after receiving a thumb drive containing a list of all the employees of a secret Russian state agency, the Russian online news portal Rosbalt.ru reported this month.

Rosbalt cited an unnamed Russian intelligence source as saying that Whelan had been spying for 10 years, using the internet to identify targets from whom he could obtain information, and that the list he was caught with had long been of interest to U.S. spies.

But Vladimir Zherebenkov, Whelan’s lawyer, said on Tuesday that his client had accepted the information unknowingly.

“Paul was actually meant to receive information from an individual that was not classified,” Zherebenkov told reporters.

“These were cultural things, a trip to a cathedral, Paul’s holiday … photographs. But as it turned out, it (the thumb drive) contained classified information.”

The lawyer said Whelan had not been able to see what was on the thumb drive because he had been detained before he had a chance to do so.

Wearing a blue shirt and dark trousers, he looked calm but somber as he stood inside a glass cage in the courtroom.

The hearing was closed to reporters, but his lawyer said afterwards that Whelan had made a 15-minute speech rejecting the allegations against him in detail. 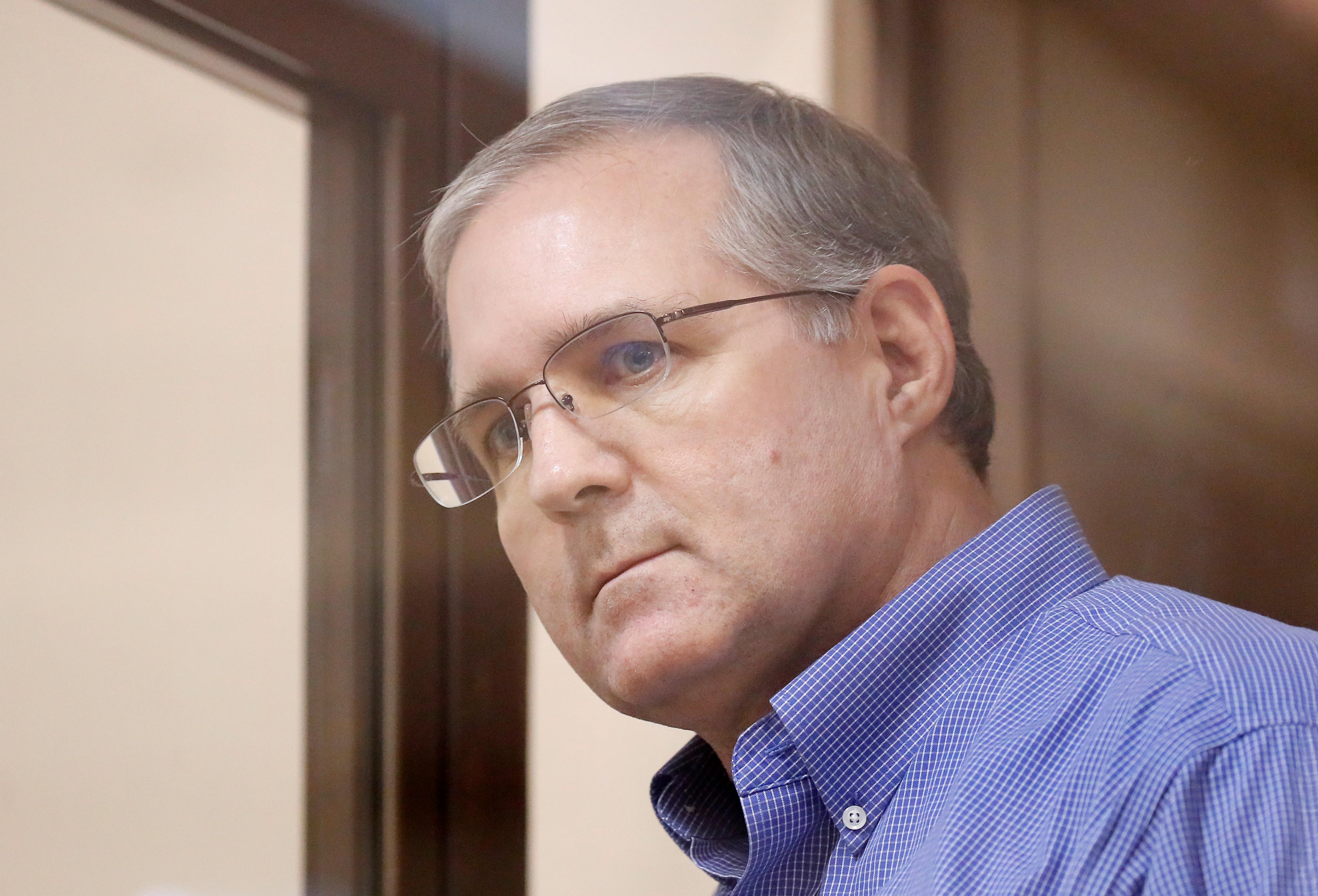 The lawyer declined to clarify if Whelan had known the individual who handed him the information.

He said Whelan had been experiencing some minor health problems in custody and was receiving treatment.

Whelan’s family have said he is innocent and was in Moscow to attend a wedding.