The ex-wife of a highly successful dotcom entrepreneur has walked away from the marriage with a cool £115 million, in one of Britain’s biggest divorce settlements.

The foreign-born woman was awarded a quarter of her businessman husband’s £460 million fortune by a judge at the High Court in London last year.

But the barest details of the staggering settlement between the fiercely private couple – who cannot be identified for legal reasons – can only be reported today after months of legal wrangling and lawyers’ fee in excess of £2.5 million.

The wife, who is 49 and from a wealthy Asian family, had demanded a half-share of her ex-husband’s assets – some £230 million.

The woman, who has her own personal wealth valued at £10.5 million, is now said to be considering appealing for a larger slice of her ex-husband’s huge wealth. 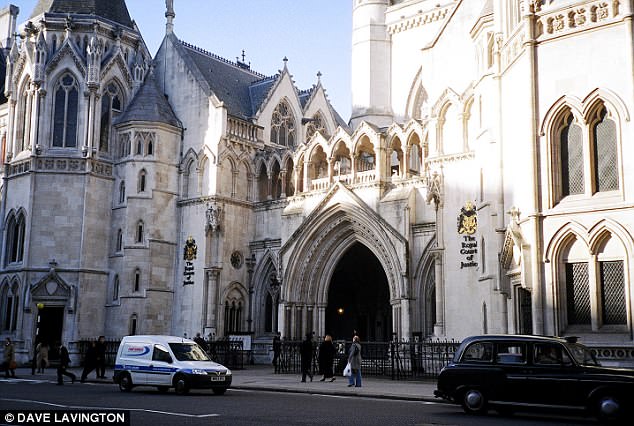 However following lengthy proceedings High Court Judge Mr Justice Baker ruled that the wife was not entitled to half of the total assets of their partnership but only 25 per cent – due to ‘special contribution’ the husband had made to the family’s wealth.

In a written judgment Mr Justice Baker concluded: ‘I am satisfied in this case that the husband’s contribution to the growth in the value of the business assets during the marriage comes within the concept of special contribution.’

The foreign-born businessman – who can only be identified as the chief executive officer of a ‘hugely successful’ company ‘because of the enormous popularity of one product used by millions of people across the world’ – keeps a healthy £345 million in the settlement.

The 51-year-old entrepreneur, who is from southern Europe, amassed his vast fortune from the sale of shares in the tech company he founded that created ‘one particular product that is used by millions of people across the world’ to an American conglomerate for almost £6 billion in 2015. His 10 per cent share of the firm earned him some £460 million.

In evidence the husband described how he had guided the company to its multi-million-pound success.

He said: ‘I am not a person who boasts, far from it, but I believe it is incontrovertible that I made an immense, pivotal and in fact the most substantial contribution not only to the development of our teams at every stage but also to the development of the business itself so as to produce the products which were developed by the company early in its existence and which were adapted and improved so successfully.

‘To put it colloquially, coming up with flashes of inspiration and turning them into money-making business deals is not the instantaneous cartoon image of a lightbulb switching on above one’s head.’

Mr Justice Baker concluded: ‘I remind myself that, when a marriage comes to an end, each partner to the marriage is entitled to an equal share of the assets of the partnership, unless there is a good reason to the contrary. Fairness requires no less.

‘I have concluded that a fair outcome would be to award the wife a lump sum equivalent to 25 per cent of the difference between the husband’s share of the proceeds of sale of the company in 2016 [£460 million}.

‘For the reasons set out above, I have concluded that the wife is entitled to a lump sum equal to 25 per cent of that figure. I therefore award the wife a lump sum of £115 million.’

The husband had built the company up from scratch following the failure of an earlier tech venture to benefit from the dotcom boom of the 1990’s.

He initially worked out of a friend’s spare bedroom, surrounded by all of his positions, to get the new enterprise off the ground.

Within 15 years he was running a multi-million-pound tech firm and flitting between luxury apartments and town houses in west London.

The firm now has bases around the world.

The couple met in 2007 in London, where the wife, who had trained as a doctor, worked as an artist. They married in a lavish ceremony in October the following year and had a son.

The marriage broke down seven years later and they divorced in December 2015.