GENEVA (Reuters) – Thousands of Swiss children returned to school on Monday, many excited to be reunited with their classmates after a nearly two-month break due to the new coronavirus, although some parents had misgivings. 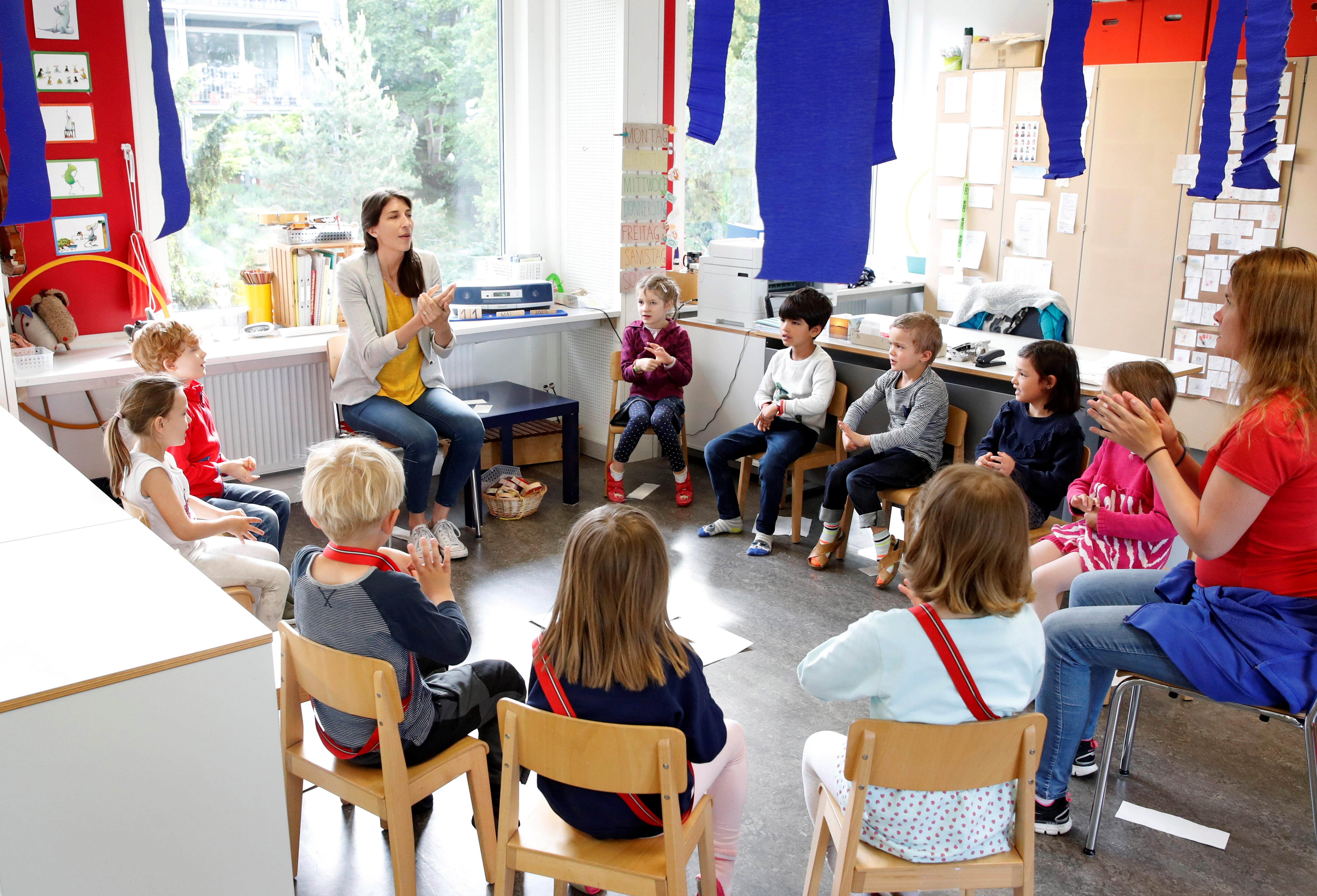 Children at Geneva’s La Tour School had to adapt to new rituals, with parents dropping them off at a distance. Classrooms were half full to reduce crowding and desks spaced 2 metres apart.

Under a courtyard shelter in heavy rain, children laughed while others played hopscotch and one girl helped a smaller child put on disposable gloves.

“I really want to start school again because I like it and I like my teacher a lot,” said Heloise, a 6-year-old at the Geneva school. Yunyi, 7, also said he was excited and complained of being bored at home.

Switzerland has reported more than 30,000 cases of the COVID-19 respiratory disease and 1,500 deaths. With new infections falling, Bern is taking a phased approach to easing control measures, with schools, shops, museums and restaurants opening this week.

Diane Jolidon, Heloise’s mother, said it had been difficult to be both parent and teacher at home while also working.

“It was quite complicated and we are pretty happy they are going back,” she said.

Some parents expressed misgivings and concern for their children’s health. Others have opted for home schooling.

Hieianh, a mother of two, said she was afraid for her son who has a blood condition.

“Of course we wish to send our children to school as it is terrible to stay at home all day long. I am so confused at this moment,” she said.

Linda Bapst in Prilly said her 3-year-old son resuming kindergarten on Monday was anxious at having to enter the building alone for the first time.

At a private school near Lausanne, teachers wore masks and one a full-face visor while children had their temperature taken outside. Two were turned away.

In it, two children kick a cross-eyed, spiky football shaped like the new coronavirus, as a teacher explains that “everything is a bit different at school at the moment but together we are strong and we’ll get through it.”

Magalie Chaffard, a mother, said she felt reopening schools was an important step towards resuming a normal routine.

“At a certain point, life needs to go on,” she said.