DUBAI (Reuters) – Yemen has more suspected coronavirus cases and deaths than the authorities have so far reported, four sources familiar with the matter told Reuters, as the United Nations warned the virus is spreading in the war-ravaged country. 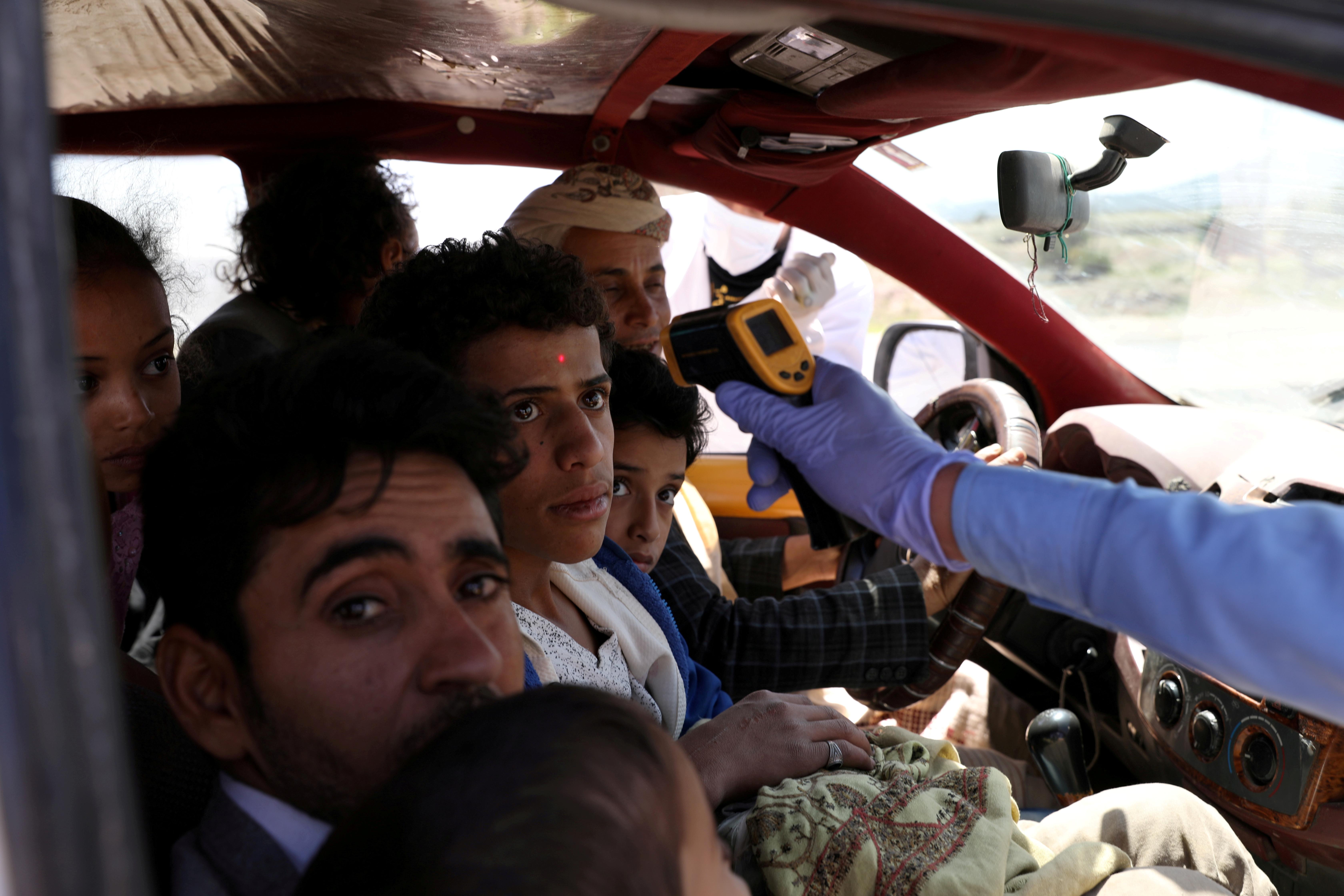 The Saudi-backed government based in the south and the Iranian-aligned Houthi movement headquartered in the north have so far publicly announced a total of 67 cases with 11 deaths. Only two of those infections and one of the deaths was reported by the Houthi authorities, both in the capital Sanaa.

The sources said there was apparent undercounting in both the north and south of the country.

The four sources, who have access to information from hospitals but who declined to be named, said Houthi health authorities had not shared additional test results with the World Health Organization (WHO) for at least 50 further patients with COVID-19 symptoms they were aware of at Kuwait hospital in Sanaa. Two of the sources said 20 other patients they had seen with similar symptoms died in that hospital.

The two other sources said they were aware of at least 30 suspected coronavirus cases admitted to another Sanaa facility, Sheikh Zayed hospital, and said test results for those cases had also not been shared.

Reuters did not see medical records from the hospitals and could not independently confirm the numbers provided by the sources. The hospitals could not immediately be reached for comment.

“Houthi authorities do not share the results of the tests with doctors and with the WHO when the results are positive,” one of the sources told Reuters.

A spokesman for the Houthi movement, Mohammad Abdulsalam, referred Reuters to the Houthi health ministry. The health ministry did not respond to a Reuters request for comment. On May 3, a Houthi official told a press conference in Sanaa that authorities had detected suspected cases and tested them but did not provide a figure or mention the results.

Asked by Reuters whether it was concerned about a coronavirus outbreak going unreported in Houthi-held areas, the WHO said its role was to “actively advise, influence and inform” discussions on case declaration and reporting, which it said it had been doing for weeks.

It said it saw Yemen as “one country, one people” and cautioned against speculation related to “the number of probable cases not being reported”.

“Given the testing capacity in country, which is very limited, tests are being done on persons who meet the criteria or case definition and exposure history. We would not, and frankly no country would, be able to test everyone who was sick or experiencing symptoms,” it said in a statement.

It said it was “operating under the assumption that full blown transmission is now occurring” across Yemen and that it was ramping up “community engagement and awareness activities.”

The internationally-recognised government based in the southern port of Aden has accused the Houthis of covering up an outbreak in Sanaa, a charge the group denies. In a tweet on May 7, Information Minister Moammar al-Eryani said there appeared to be a “serious epidemiological coronavirus situation” in Houthi-controlled areas and urged the authorities not to “conceal facts”.

However, the two sources said authorities in areas under the Saudi-backed government’s control have also not fully disclosed the extent of the pandemic. At least 13 confirmed COVID-19 patients have died at Al Amal hospital in Aden, they said. The hospital could not immediately be reached for comment.

“In Aden, we also have dozens of people dying at home but nobody tested them to know why they died. Some hospitals refused to take in patients showing coronavirus symptoms because they are not equipped to handle those cases. We cannot really blame them,” one of the sources said, without naming the hospitals.

An Aden-based government official, who declined to be named, said the authorities were declaring COVID-19 cases but admitted inadequate testing, a rise in other diseases due to recent flooding and administrative issues after a leading separatist group declared emergency rule were challenges.

The national coronavirus committee, set up by the internationally recognised government, has publicly announced 4 deaths among 39 confirmed cases in Aden, out of the total of 65 confirmed cases and 10 deaths in southern areas.

On May 2, the public prosecutor’s office in Aden issued a statement, seen by Reuters, saying it was investigating media reports about the refusal by some private and public hospitals and health centres, which it did not identify, as well as doctors “to admit some emergency medical cases or provide medical attention to critical cases”.

The WHO said in its statement on Sunday that it had been advising local authorities throughout Yemen to report cases in order to secure resources and equipment already in short supply globally, but that the decision to do so rests with a country’s leaders under international health regulations.

“WHO encourages all countries to be fully transparent in this regard – only when we have all the data and numbers are we be able to, with the closest degree of accuracy, respond accordingly, and prioritize gaps and needs,” it said.

As of May 9, Yemen had reported 803 COVID-19 test results, according to WHO data. At that time, the WHO said Yemen had 38 COVID-19 isolation units – 18 of them operational, four labs with testing capacity, 520 intensive care unit (ICU) beds and 154 ICU ventilators.

The WHO said in a report on Monday that a surge in cases could overwhelm Yemen’s healthcare facilities.

Yemen has long been plagued by wars and humanitarian disasters. The latest in a sequence of conflicts escalated in March 2015 when a Saudi-led alliance intervened against the Houthis after they ousted the internationally recognised government from power in Sanaa in late 2014. 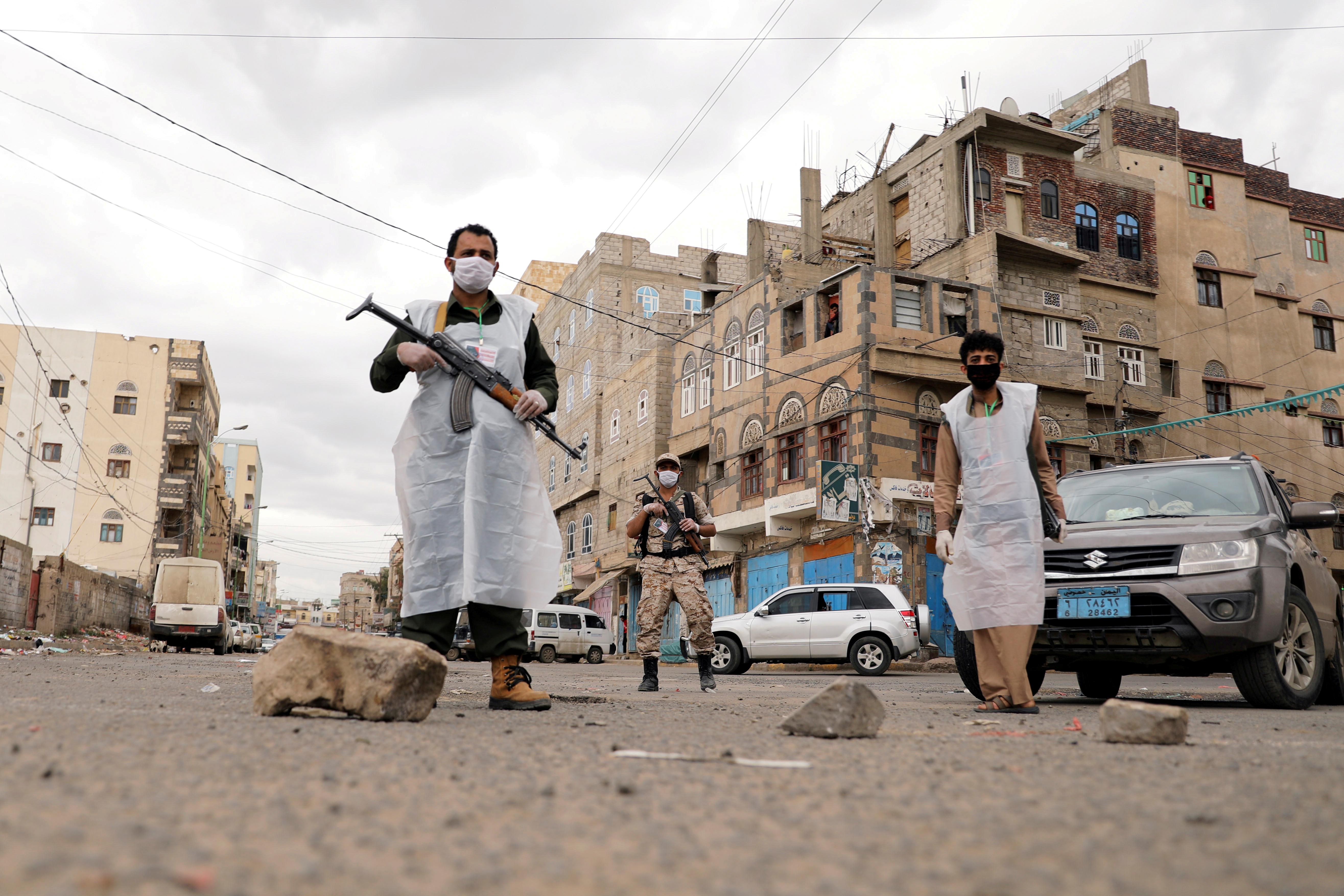 The Western-backed coalition failed to crush the rebellion by the Houthi movement and its allies, and the war has been in stalemate for years with the Houthis holding most large urban centres.

The conflict, which has killed more than 100,000 since 2015, has already caused what the U.N. says is the world’s worst humanitarian crisis with some 24 million Yemenis, or 80% of the population, reliant on aid and some 10 million facing hunger.

Health and sanitation systems are wrecked and diseases such as cholera are rife. Many diseases such as dengue fever share similar symptoms to COVID-19, complicating efforts to estimate the extent of the pandemic, the Saudi-backed government’s health minister said on April 29.