EXCLUSIVE: Churchgoing British grandfather who managed the world’s tallest building in Dubai faces three years in UAE prison with only ‘rotting garbage’ to eat after being charged for sexual assault for ‘touching a security guard’s hip’

A churchgoing British grandfather is facing three years in a ‘hellhole’ prison in Abu Dhabi after being charged with sexual assault for touching a hotel security guard’s hip as he pushed past him after an argument.

Former soldier John Murphy, 52, who was the operations manager for the world’s tallest building in the centre of Dubai, said he was shackled and jailed for six weeks in insanitary conditions with only ‘rotting garbage’ to eat.

He has now been released on bail while awaiting sentencing on Sunday, on charges that could see him spending three years behind bars. He has lost his job over the affair and has been unable to met his rent payments.

Mr Murphy told MailOnline: ‘It feels like I’m staring down the barrel of a gun. Utter despair. It is only my faith in God that keeps me getting out of bed and facing each day. I daren’t even let myself think about the years of hell to come.

‘My passport is held until my final hearing, where I have been told to expect a sentence of two to three years, followed by deportation.

‘I have had no opportunity to offer a defence, and have lost all of my savings. My landlord is suing me for non-payment and has confiscated all of my possessions. It feels like my life is over.’ 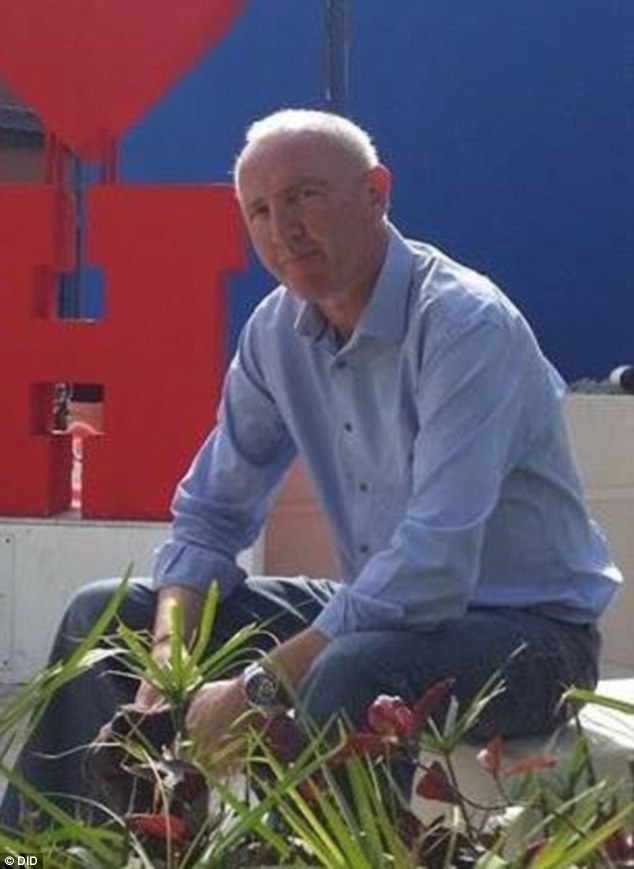 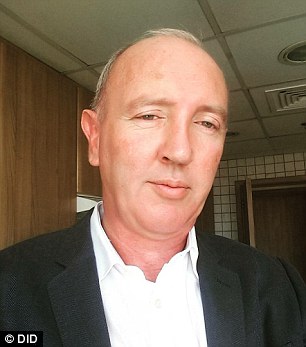 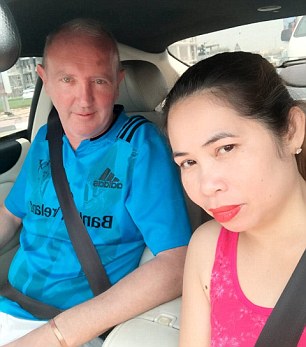 Mr Murphy, left, and in the back of a car with his wife Annabel, right, while living in the Gulf 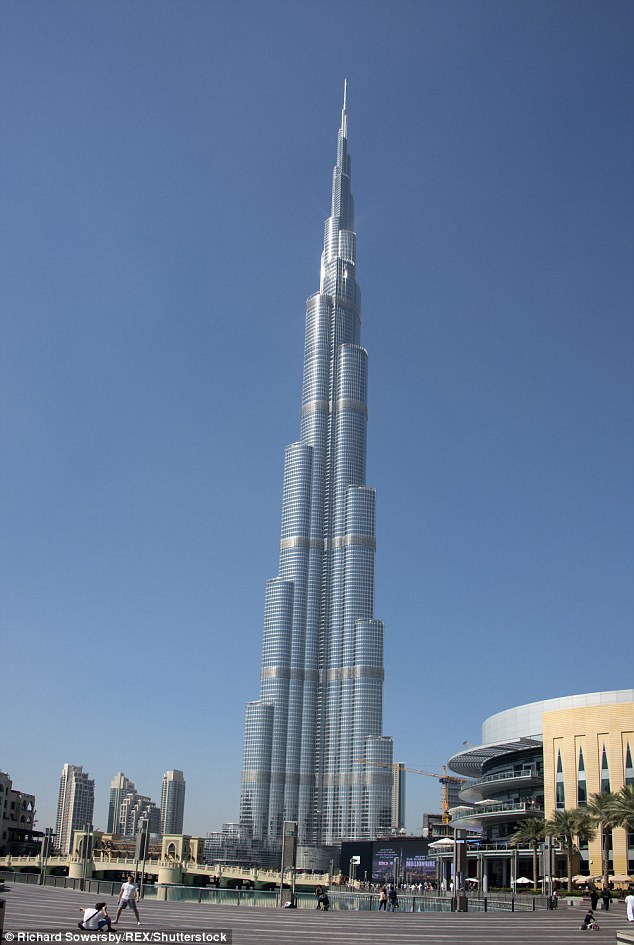 Mr Murphy is operations manager for the Burj Khalifa Dubai, the tallest building in the world 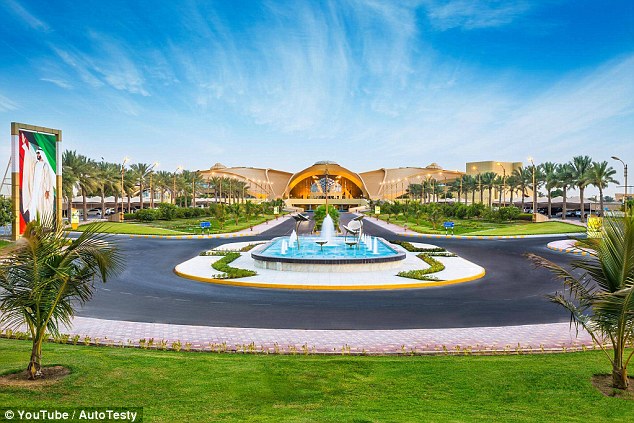 The altercation took place at the Armed Forces Officers’ Club and Hotel ​in Abu Dhabi, pictured 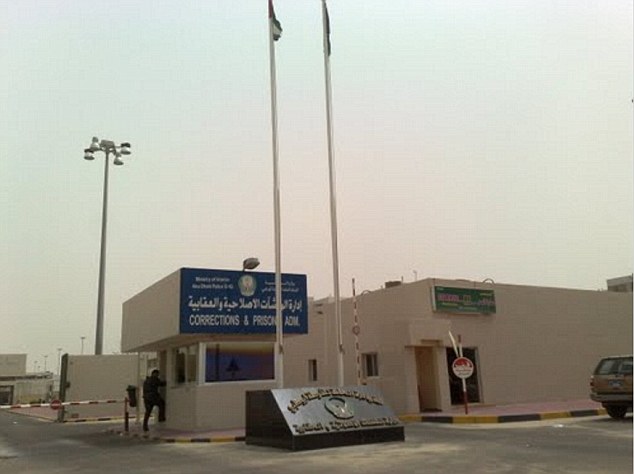 The notorious Al Wathba jail, where Mr Murphy was taken after 10 days in a police cell

The ex-infantryman, who is from Blackheath in South London but now lives in Dubai, said that the ordeal began when he was enjoying a weekend mini-break at the prestigious​ Armed Forces Officers’ Club and Hotel ​in nearby Abu Dhabi last month.

He and his wife Annabel, 42, invited her cousin for coffee in their room in the early evening, he said. The cousin, also a churchgoer, happened to work as a sports massage therapist at the hotel, which is owned by the Abu Dhabi Royal Family.

Hotel staff suspected that the cousin was providing a massage out-of-hours, which was not allowed under their rules, Mr Murphy said. Two security guards threw him out and then turned on Mr Murphy.

The father-of-three said: ‘We tried explaining that he had none of his equipment, and even showed them some Facebook pictures of us at church outings [to prove we were related], but it was like talking to a brick wall.’

‘Their body language was confrontational and the larger man slipped behind me,’ he said. ‘The other one got right in my face, telling me he didn’t like being lied to, and that business only happened in the hotel with his approval.

‘Every time I started to explain, he cut me off with more shouting. It was very humiliating and demeaning.

‘I was trying not to match their aggression, as it was beginning to feel dangerous. There were people watching and even videoing the confrontation. In that moment it felt to me like I was either about to be assaulted, or manhandled to somewhere that they could assault me.

‘I needed to escape and used a trick my father had once shown me. With the biggest guy, the one in front of me, I tugged his jacket on the left side with my left hand, and gave a slight push on his right hip, to the left with my right hand.

‘This manoeuvre allowed me to dart past him and head down the corridor to the lift where there were a lot of people.’ 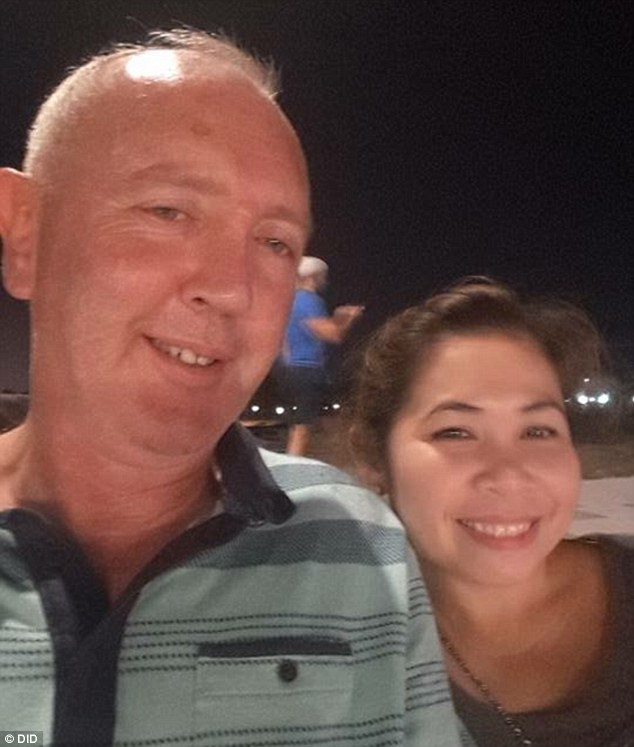 Mr Murphy and his wife Annabel, 42, taking a selfie before he was detained in Abu Dhabi 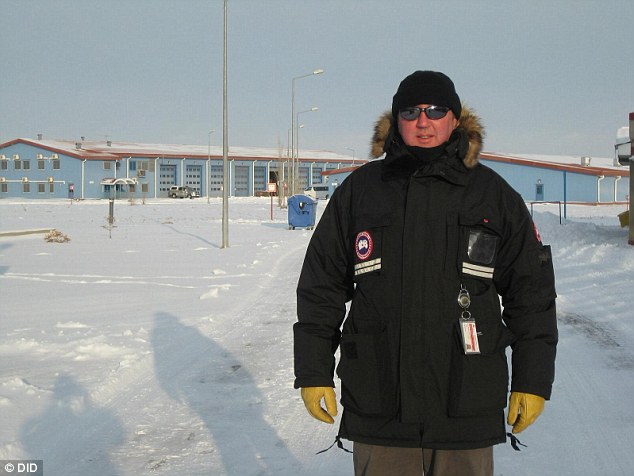 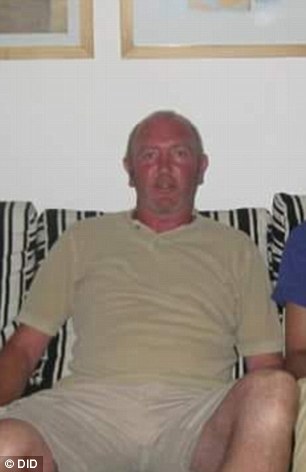 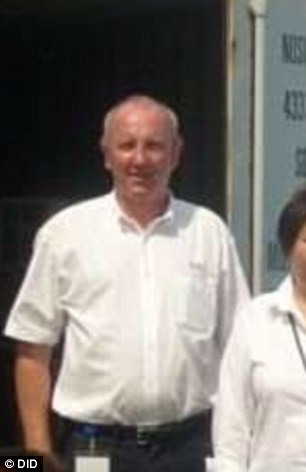 Mr Murphy relaxing at home in UAE, left, and  working as an engineer in Kazakhstan, right 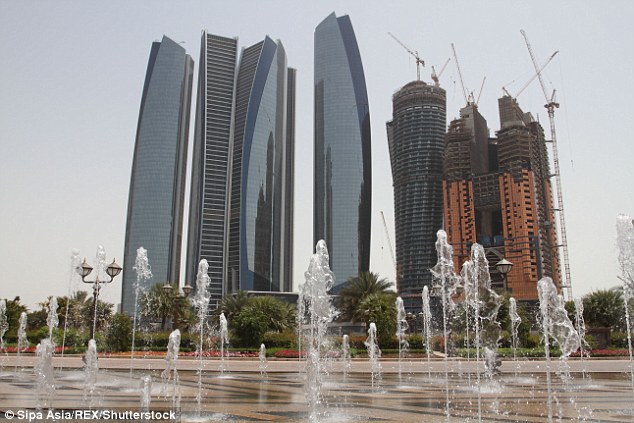 Abu Dhabi, where the altercation took place when Mr Murphy was on a mini-break with his wife

The following day, he lodged a police complaint against hotel staff. But the hotel lodged a counter-complaint of sexual assault against him and the following week, he was arrested at work. ‘I was so shocked that I thought it couldn’t be real,’ he said.

‘The police were taking seriously the accusation that I, a 52-year-old, churchgoing grandfather had repeatedly sexually assaulted two giant, aggressive young guys, in a crowded hotel lobby.

‘Apparently there is a strict physical behaviour code. To my disbelief, I was taken to the police station, then put in actual chains like in an old movie and whisked away to a hearing in a small court office.

‘This was all in Arabic, with the judge instructing me through an interpreter to do things like stand up and sit down.’

After the hearing, Mr Murphy was dragged away to the cells in the police station, where he stayed for 10 days. ‘All the time, I was in the chains, which chafed and restricted my movement,’ he said. ‘I couldn’t wash. I wasn’t allowed a towel or soap.

‘Even eating or going to the toilet was difficult. My embassy had apparently tried to visit many times but were refused. Despite them being very near to the police cells, they were consistently refused entry.’

He was then transferred to the notorious Al Wathba jail. Likening the prison to ‘Dante’s Inferno’, he said: ‘It was the most terrifying experience I have ever had.

‘There was incessant noise, I felt my life was in danger and I honestly didn’t expect to get out alive. It was baking hot all the time, the food was rotting garbage, and the place was so overcrowded that people had to take it in turns to sleep.

‘It smelled powerfully of sweat, faeces and sewage. The sanitary conditions were shocking and people were always sick. The slightest cut would quickly lead to infection and there was no chance of any medical attention.

‘I finally got bail six weeks later, and I believe I’m still suffering from PTSD. I can’t sleep, and have the most awful flashbacks.’

Mr Murphy, who helped rebuild homes destroyed by a typhoon while working in the Philippines in 2013, has revealed that his prison nightmare has left him suffering post-traumatic stress.

The Londoner served with P Company of the British Army but left after breaking his leg. He then served seven years with the Territorial Army, in the Royal Kent Sharpshooters, where he was Lance Corporal, and the Parachute Regiment.

After a career in the Army, Mr Murphy worked as an engineer. Last December, he became Operations Manager for the Emir flagship property, the ​Burj Khalifa​, the ‘world’s tallest building’ in the centre of Dubai.

The case has echoes of that of another Briton, 27-year-old Jamie Harron, who was jailed in Dubai last year after being accused of touching another man’s hip to avoid spilling a drink in a crowded bar.

Radha Stirling​, CEO and founder of human rights NGO ​Detained In Dubai,​ said: ​ ‘John Murphy is the latest in a long line of Westerners horrifically abused by the UAE legal system.

‘The danger of the UAE is that they spend vast amounts of money marketing themselves as a desirable destination for both tourism and business.

‘This can often mislead Westerners to believing it is a safe country to visit, when in fact the risks are high.

‘Countless lives have been ruined because people used to more advanced and trustworthy legal systems travel to the UAE, expecting the same due process and legal protection, when it does not exist.

‘We will be working with other human rights groups to support John, and ask the Abu Dhabi government to show clemency to a man who has very clearly been wronged and has already suffered enough.’

Representatives of the UAE and the Armed Forces Officers’ Club and Hotel have been contacted for comment.