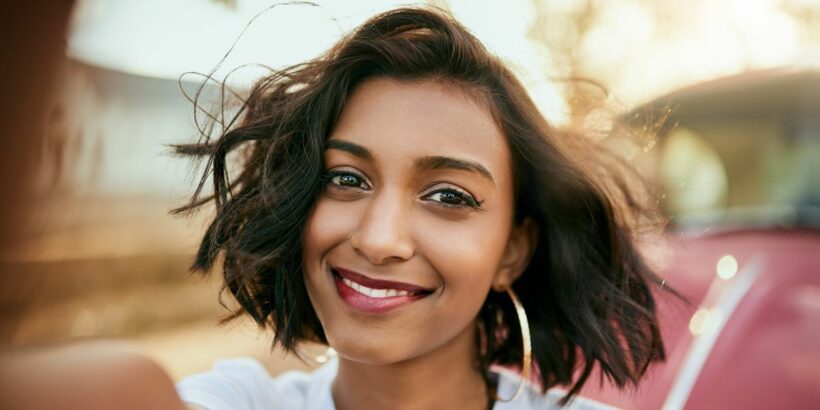 It may be the end of smiling for Brits as face masks could become the new norm – forcing humans to adapt to an alternative form of communication, warns a body language expert.

Adrianne Carter has predicted Brits may stop smiling if Sir Patrick Vallance's comments prove to be true and face coverings become compulsory until next year.

The expert fears we could give up smiling – because people are not able to see the kind gesture behind our masks.

She says in order to stop ourselves from becoming a "non-smile nation" we may need to start communicating better with our eyes.

If Brits stop smiling it could lead to difficulties in interacting with each other – however, even if this is the case the adaptability of humans would mean we can find other ways of communicating.

Dr Carlos Crivelli, a leading psychologist and expert in facial displays told Metro : "As part of this social interaction toolkit, smiles play an important role. But this is not the end of the world.

"Humans can quickly adapt to environmental changes relying on social learning mechanisms such as imitation, emulation or social facilitation."

With social restrictions and new rules throughout the year, we have already been forced to find alternative ways of socialising.

Rather than meeting up in person many have taken to Zoom meetings and phone calls.

Without even realising, some of us have been able to transition towards "elbow greetings" instead of handshakes and hugs.

Similarly, with the gesture of smiling "dying out," 80% of people are now relying on the upper half of their face to interact, according to a Specsavers study.

Adrianne says communicating with our eyes will solve the problem of "no smiling."

She said: “Eyes play a crucial role in communication and, at the moment, eye movements are more important than ever before when communicating feelings.

"Eye lashes can amplify some non-verbal communication messages, especially those linked to flirting and can also make someone look more approachable, that’s why Disney characters are always given huge, adoring eyes.”

Without using our eyes, a fake smile can be spotted.

If a smile isn’t real, it won't be seen when someone is wearing a mask because the person is only moving the side of their mouth towards their ears, and as such the eyes won’t move.

In contrast, if someone is giving a genuine smile, more muscles in the face are used causing crow’s feet at the side of the eyes and muscles will bulge under the eye, creating the perfect "smize."

Adrianne's comments come amid comments by the Chief Scientific Advisor who said Brits may have to carry on wearing face coverings for another year despite the Covid vaccine.

Although Britain has marked a historic moment and rolled out a vaccination programme, the country has some time before it can go back to normal.