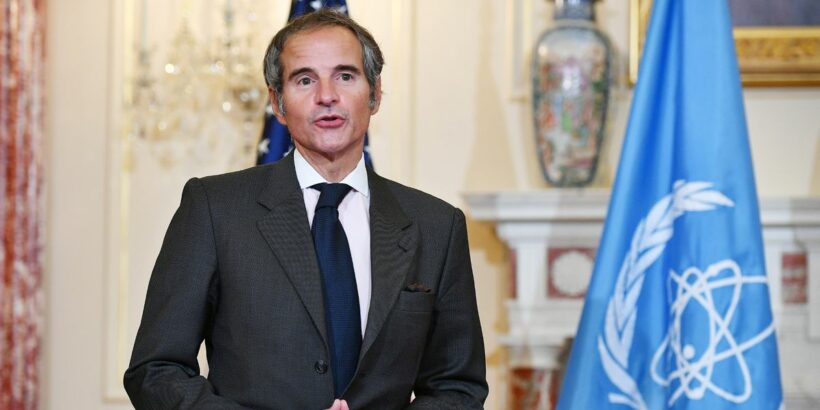 North Korea could be starting up its nuclear reactors again and even enriching dangerous uranium, according to an esteemed international nuclear inspection organisation.

Rafael Grossi, director-general of the International Atomic Energy Agency (IAEA) — which reports to the United Nations — said it was clear that boffins in the isolated nation were working at "full steam" to re-develop their nuclear capabilities to create deadly weapons.

Adding that it was likely that Kim Jong-un is encouraging his people to work on "every possible, imaginable area that they have at their disposal", Mr Grossi stressed that it was important that western nations and South Korea open talks with the military dictatorship before it is too late.

He said: "[Nuclear] reactors have been restarted, plutonium separation is ongoing, and uranium enrichment is probably really ongoing again and other facilities in country are giving signs of being active,"

"My biggest concern is that there is no diplomatic process ongoing"

The unsettling news comes after the country engaged in a number of high-profile weapons tests recently.

On Tuesday, North Korea launched two ballistic missiles into the Sea of Japan.

The South Korean president's Chiefs of Staff said that the missiles were fired from the area of Sinpo, in North Korea's South Hamgyong Province, and that they are "presumed" to have been fired from a submarine.

Pyongyang claimed the missiles are set to help strengthen self-defence against threats posed by South Korea and the U.S.