BEIRUT (Reuters) – Islamic State looks about to lose its last foothold – on the banks of the Euphrates near the Iraq border – but while its era of territorial rule may be over for now, there is near universal agreement that IS remains a threat. 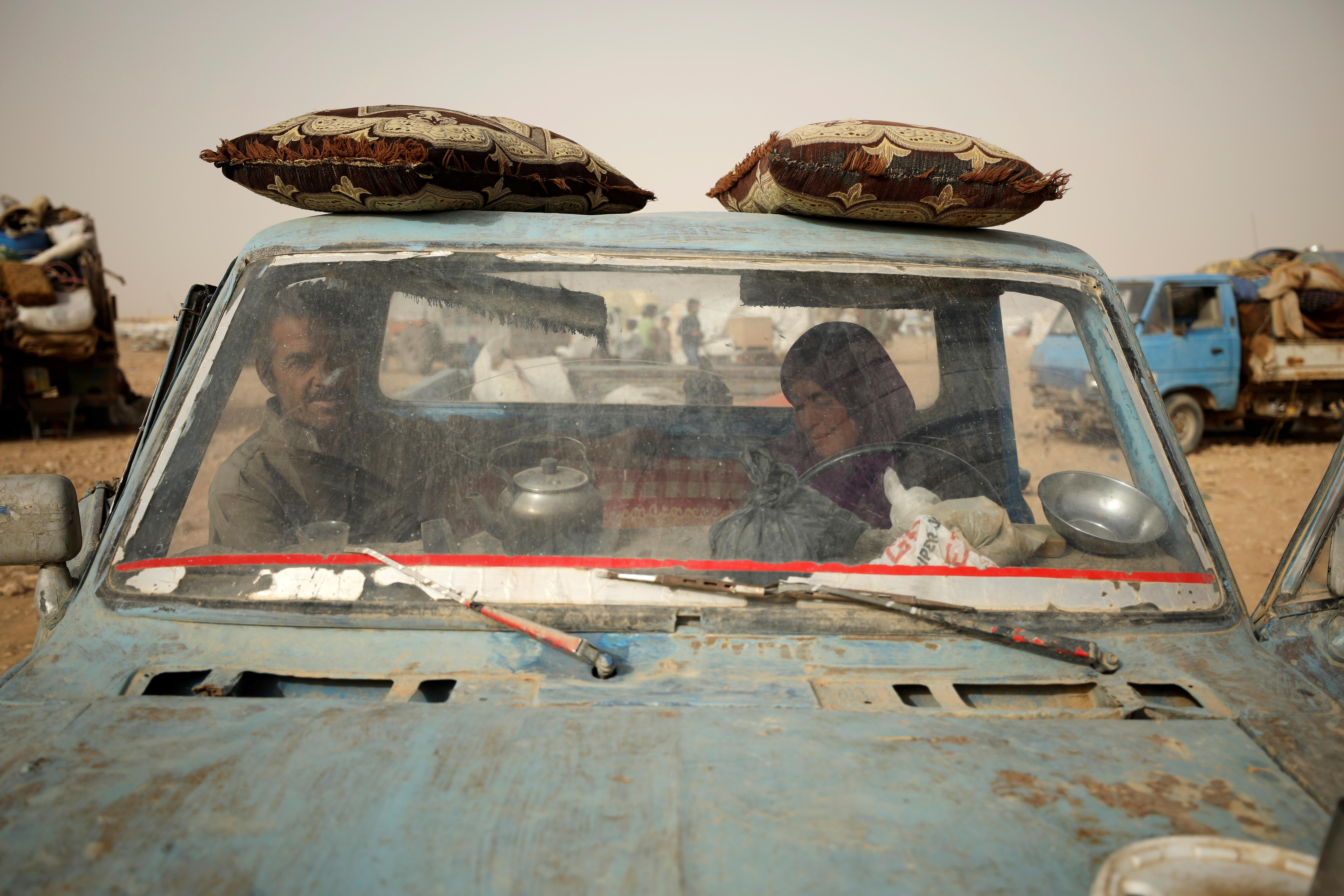 WHAT HAS ITS TERRITORIAL DEFEAT ACCOMPLISHED?

Islamic State’s possession of land in Iraq and Syria set it apart from other like-minded groups such as al Qaeda and became central to its mission when it declared a caliphate in 2014, claiming sovereignty over all Muslim lands and peoples.

The destruction of the quasi-state it built there has denied the group its most potent propaganda and recruiting tool as well as a logistical base from which it could train fighters and plan coordinated attacks overseas.

It also freed its former subjects from summary executions and draconian punishment for breaking its strict laws or, for some minorities, sexual slavery and slaughter.

Warfare wiped out thousands of its fighters. And, financially, its defeat deprives it of greater resources than any modern jihadist movement has enjoyed, including taxes on its inhabitants and the proceeds of oil sales.

WHAT THREAT DOES ISLAMIC STATE STILL POSE IN IRAQ AND SYRIA?

In its previous guise as an al Qaeda offshoot in Iraq a decade ago, IS navigated adversity by going underground, biding its time to rise suddenly again.

Since suffering devastating territorial losses in 2017, IS has steadily turned again to such tactics. Sleeper cells in Iraq have staged a scatter-gun campaign of kidnappings and killings to undermine the Baghdad government.

The group has also carried out many bombings in northeast Syria, which is controlled by U.S.-backed Kurdish forces, including one that killed four Americans in January. Kurdish and U.S. officials say it remains a menace there.

In Syria, IS fighters are on the brink of losing their last foothold of Baghouz at the Iraqi border. But they still have a presence in sparsely populated territory west of the Euphrates River in an area otherwise held by the Syrian government.

WHAT HAS HAPPENED TO ITS LEADERS, FIGHTERS AND FOLLOWERS?

The fate of the IS leader, Abu Bakr al-Baghdadi, remains a mystery. The U.S. government’s top experts strongly believe he is alive and possibly hiding in Iraq, U.S. sources recently said. Other top-echelon leaders have been killed in air strikes.

Thousands of Islamic State insurgents and civilian followers have also been killed and thousands more captured. An unknown number remain at large in both Syria and Iraq.

Iraq is putting on trial, imprisoning and often executing IS detainees. The U.S.-backed Syrian Democratic Forces (SDF) holds many hundreds of Islamic State fighters and followers, but the numbers have ballooned as the SDF advanced into the area near Baghouz.

Many low-level local operatives have been released in Syria.

The SDF complains that Western states are reluctant to take back the foreign fighters, who are widely seen as a security threat at home but who might be hard to legally prosecute.

CAN IT STILL ORGANIZE OR INSPIRE ATTACKS OVERSEAS?

As Islamic State clung to its last scrap of land, the head of Britain’s spy agency MI6 warned that the group would return to “asymmetric” attacks.

Even after it began losing ground militarily, IS still claimed responsibility for attacks made in different countries, though often these have been blamed on “lone wolves” without its direction.

It started years ago to call on followers abroad to plan their own attacks, rather than focusing purely on ones staged by trained operatives supported by the group’s hierarchy.

In early 2018 the head of U.S. military central command said Islamic State was resilient and remained capable of “inspiring attacks throughout the region and outside of the Middle East”.

WHAT DOES ITS FALL MEAN FOR THE FUTURE OF GLOBAL JIHAD?

Although Islamic State’s core territory was in Iraq and Syria, jihadists fighting in other countries, notably Nigeria, Yemen and Afghanistan, pledged their allegiance to it.

Whether those groups will still wear its mantle, especially if Baghdadi is captured or killed, is an open question, but there seems little chance they will soon end their campaigns.

Al Qaeda also retains numerous franchises around the world, and other militant Islamist groups operate in countries where normal governance has broken down.

Jihadist ideology has long proven itself able to mutate as circumstances change, and there is no shortage of warfare, injustice, oppression, poverty, sectarianism and naked religious hatred for Islamist militants to exploit.