WASHINGTON (Reuters) – Long divided between those pushing for a hardline stance and others advocating cautious engagement, President Donald Trump’s China advisers – under the shadow of the coronavirus crisis – appear to have moved closer together on a tougher approach to Beijing. 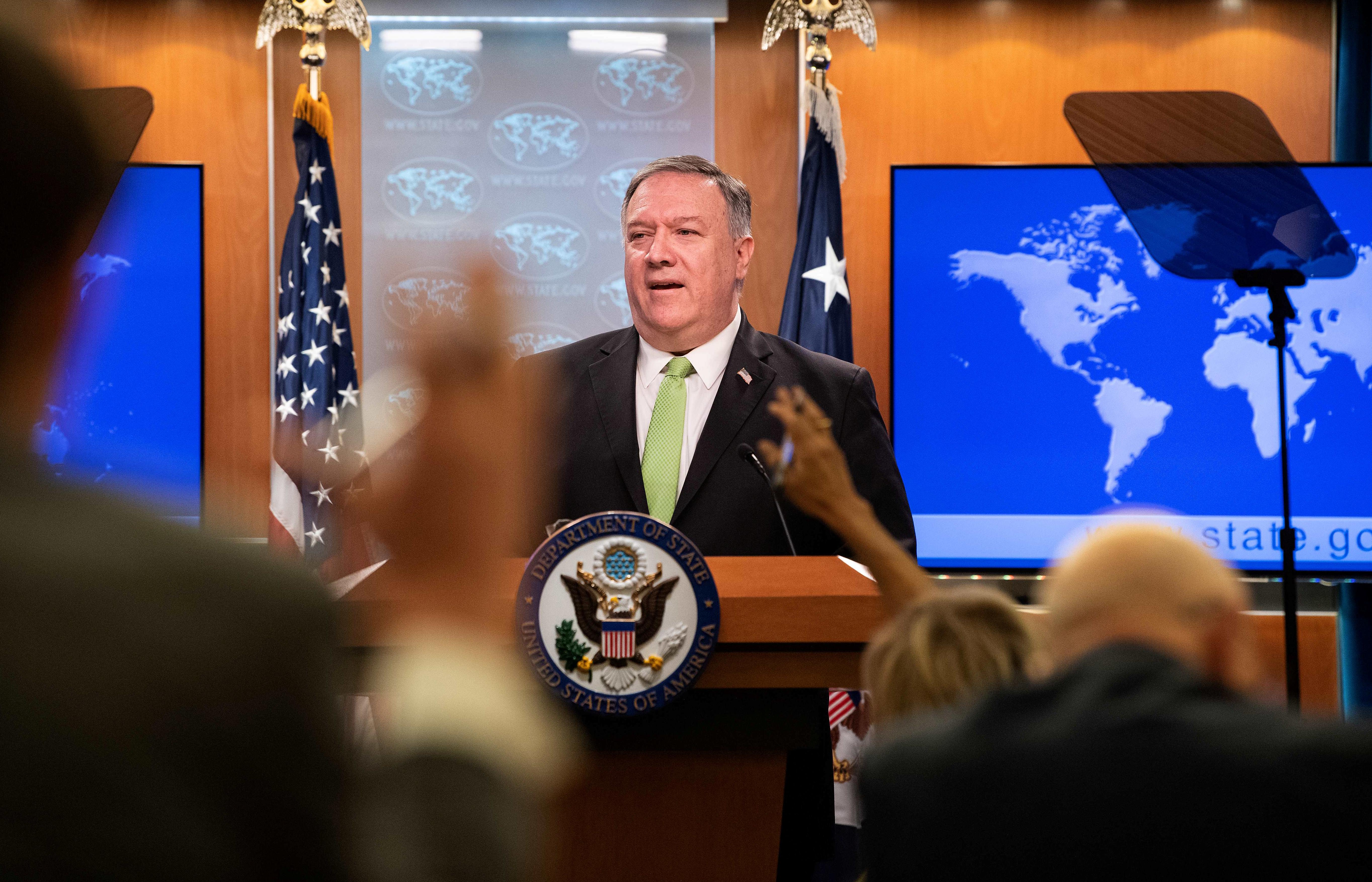 A test for this emerging consensus will be how it affects the U.S. response to China’s Communist Party rulers proposing stricter national security laws for Hong Kong that have reignited pro-democracy protests in the former British colony.

Trump, who has vacillated between the two camps in his administration, must decide if the United States will preserve Hong Kong’s special status, halt privileged treatment that has helped make it a global financial hub or take lesser actions such as targeted sanctions or tariffs if Beijing goes ahead. His hard-fought trade deal with China could also hang in the balance.

As Trump seeks re-election in November, his advisers have become more in sync on the need to pressure China, including over Hong Kong, according to current and former U.S. officials and a congressional source. Opinion polls show growing anti-China sentiment among U.S. voters.

“There used to be really a line drawn on the ground, with the traditional free market people who weren’t crazy about the tariffs and understood China had the second-largest economy, and strategic national security advisers,” said a former administration official. “Most people are aligned that it’s time to be tough on China now.”

Others, however, are not so sure. “It’s tough to get a unified message out of Washington these days,” said Mark Simon, a U.S. executive for Next Media, a media group funded by pro-democracy Hong Kong businessman Jimmy Lai, and a Republican Party donor.

The Secretary of State has become the public face of the anti-China push. A Trump loyalist, Pompeo is likely to play a pivotal role in any response to Beijing’s assertion of greater control over Hong Kong, which he warned could be the “death knell” for the territory’s autonomy. The department must issue a congressionally mandated report on whether Hong Kong has maintained a high degree of autonomy from China.

Trump’s national security adviser has focused more on China than his predecessor, John Bolton. While taking care not to buck his boss, O’Brien has become a vocal critic of Beijing. On Sunday, he made the most explicit threat yet that China could face sanctions over Hong Kong.

A former journalist and Marine, he was one of the first in the administration to accuse China of not coming clean about the novel coronavirus outbreak. Pottinger is possibly the main driver for an aggressive approach. His distrust of China stems from his work as a journalist there, where he recounted being spied on and roughed up.

Pottinger started as Asia adviser before being named O’Brien’s deputy. “O’Brien could have picked anybody but he picked China hawk Pottinger,” the former administration official said.

The Treasury Secretary has long been a voice of moderation on China. But as pressure has mounted over China’s handling of the coronavirus, Mnuchin has shown signs of being less hesitant about stronger measures, including restricting Chinese tech company Huawei Technologies. On Hong Kong, he could still advise caution to avoid upsetting markets. He has often been allied with Trump’s son-in-law and adviser, Jared Kushner.

Trump’s economic adviser had been more circumspect on China but this month signed off on directing the board overseeing federal workers’ pensions to halt plans to invest in certain Chinese companies. It is unclear how Kudlow, a free-marketeer as a television commentator, will advise on Hong Kong.

The trade adviser gained notoriety for his book and film “Death by China.” Navarro is known at times to have Trump’s ear and is expected to push for harsh punishment of Beijing over Hong Kong.