OTTAWA (Reuters) – Prime Minister Justin Trudeau on Thursday denied interfering in Canada’s judicial system as he sought to defuse a month-long crisis threatening his political future, but offered no apology, asserting only that lessons had been learned. 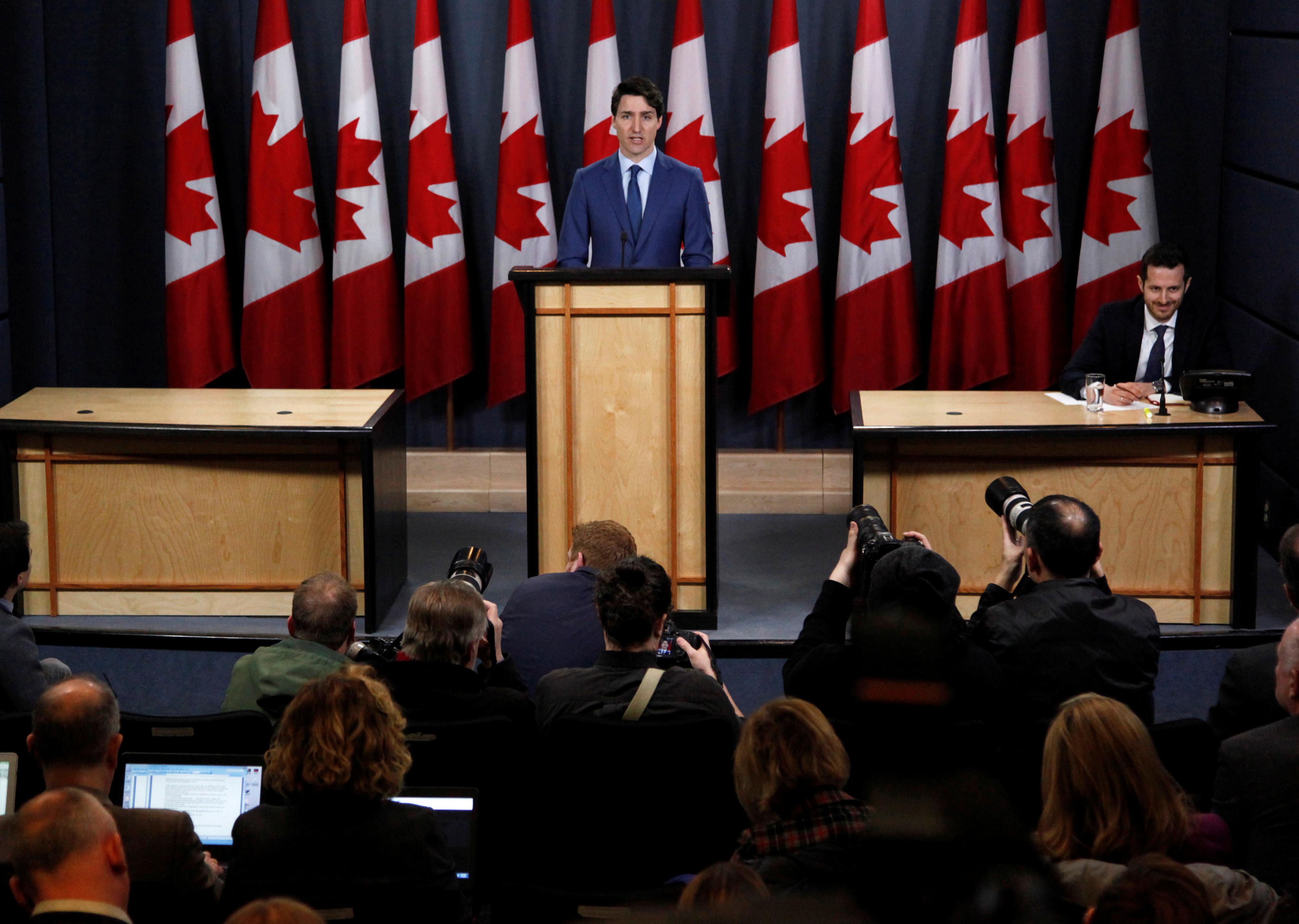 The crisis has prompted the resignations of former Justice Minister Jody Wilson-Raybould, the Treasury Board president, Jane Philpott, and Trudeau’s closest political aide, Gerald Butts. It also raised questions about Trudeau’s handling of the affair and polls show his Liberals could lose an election this October.

WHAT ARE THE ALLEGATIONS AGAINST TRUDEAU

Trudeau has been dogged by allegations that he and his officials improperly leaned on Wilson-Raybould to help construction firm SNC-Lavalin Group Inc avoid a criminal trial. Wilson-Raybould told the House of Commons justice committee last week that officials imposed “consistent and sustained pressure” on her from September to December last year to ensure SNC-Lavalin pay a large fine rather than go to trial.

WHAT IS SNC-LAVALIN’S INVOLVEMENT?

Montreal-based construction and engineering firm SNC-Lavalin was charged in 2015 by the Public Prosecution Service of Canada with bribing Libyan officials to influence the awarding of contracts between 2001 and 2011.

The company had tried unsuccessfully to avoid trial, arguing instead for a negotiated settlement since it had cleaned shop by changing executives and overhauling its ethics and compliance systems in recent years. The preliminary hearings in the case are ongoing.

The company has historically had close ties to the Liberals. In 2016, SNC-Lavalin admitted that some former executives had illegally arranged donations of more than C$80,000 to the Liberals from 2004 to 2011.

WHY IS SNC-LAVALIN CRITICAL TO TRUDEAU AND LIBERALS?

SNC-Lavalin has about 9,000 employees in Canada, including about 3,400 in the predominantly French-speaking province of Quebec, which also includes Trudeau’s parliamentary constituency. The Liberals say they need to pick up enough seats in Quebec in the October election to stand a chance of retaining a majority government.

Officials say they feared that SNC-Lavalin would cut jobs or move its headquarters out of Quebec if found guilty. The company faces being barred from bidding on Canadian federal procurement contracts for 10 years, if found guilty.

Critics accuse Trudeau of double standards and breaking the promises he made to do politics differently. Trudeau, 47, came to power in November 2015 promising more accountability and a greater number of women in the Cabinet. He now finds himself accused of trying to help arrange an old-style backroom deal with a major company as his officials leaned on a high-profile woman Cabinet minister. The departure of Philpott, another well-regarded minister and a close friend of Wilson-Raybould, has dented Trudeau’s credibility.

No one inside the ruling Liberals has mounted an open challenge to Trudeau, since to do so would take time and open up splits inside the party. The heads of political parties in Canada are elected by party members at formal conventions and cannot be ousted after a snap vote by parliamentarians, as is the case in the UK and Australia. Opinion polls show the controversy is costing the Liberals.

Political analysts say Trudeau is safe for now, since he has made clear he wants to stay on and there are no challengers inside the party. The federal Parliament is not sitting next week, depriving the opposition of the chance to grill Trudeau, and the week after will see the release of the federal budget.

The two main opposition parties – the right-of-center Conservatives and the left-leaning New Democrats are demanding a public inquiry into the affair. But the Liberals oppose the idea, since probes take months to complete and are likely to trigger negative headlines.

Wilson-Raybould said she did not consider officials had broken any laws, so a probe by police is unlikely. Canada’s independent ethics commissioner is looking into the allegations, but past experience shows such investigations can take months to wrap up and there is no guarantee the results would be released before the vote in October.