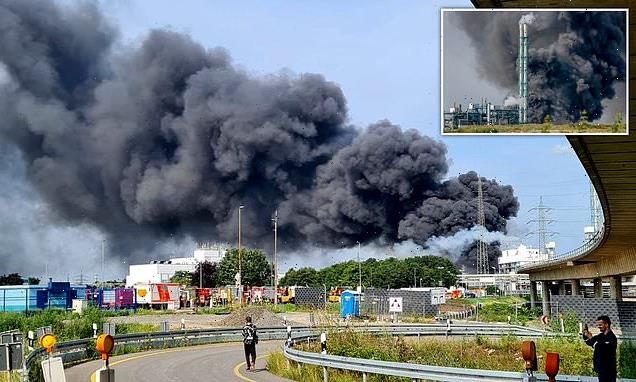 An explosion at a chemical park shook the western German city of Leverkusen on Tuesday, sending a large black cloud rising into the air and causing some injuries.

Germany’s Federal Office for Civil Protection and Disaster Assistance classified the explosion as ‘an extreme threat’ and asked residents to stay inside and keep windows and doors closed, German news agency dpa reported.

The explosion happened in a part of the site where waste is incinerated, a spokesperson for Currenta – the operators of the Chempark site in Leverkusen, about 20 kilometers (13 miles) north of Cologne on the Rhine river – told Reuters news agency.

The spokesperson said the blast has caused some injuries. 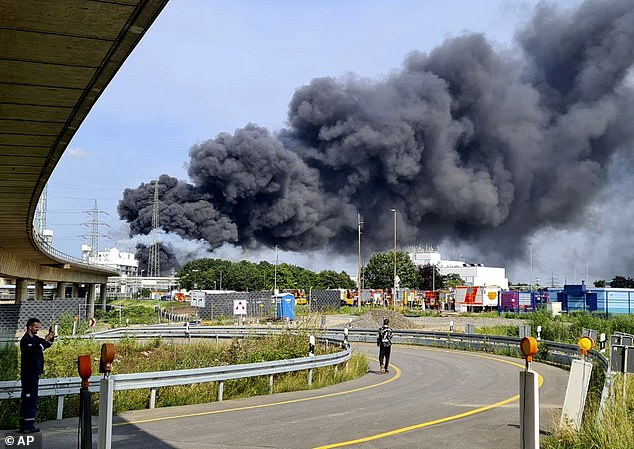 An explosion at a chemical park shook the German city of Leverkusen on Tuesday, sending a large black cloud rising into the air

Chempark, an industrial park for chemicals companies including Bayer and Lanxess, said on Twitter it was not yet clear what caused the explosion.

It added that firefighters and pollution detection vans had been deployed to the site.

Police said that it was not yet clear how much damage was caused and that a large number of emergency staff were on site.

More than 30 companies operate at the Chempark site in Leverkusen, including Covestro, Bayer, Lanxess and Arlanxeo, according to its website.