Number of children held on Pacific island has more than halved in two months with refugee groups saying only 38 remain. 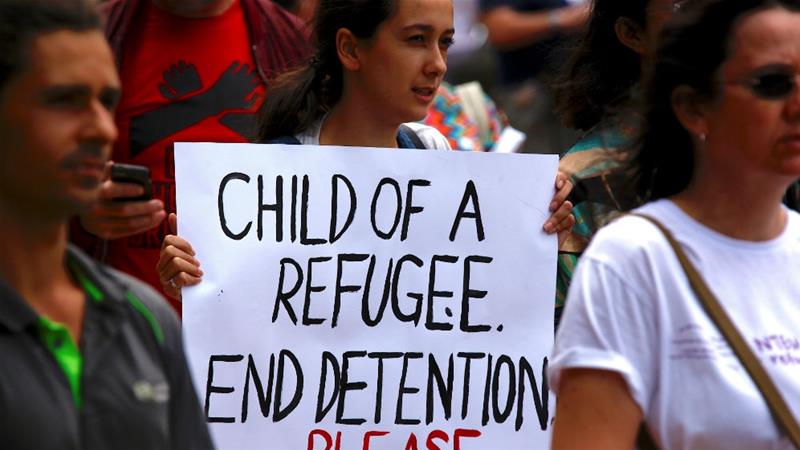 Australia said it wants to remove all refugee children from Nauru by the end of the year, but insisted it will maintain its controversial policy of sending anyone who tries to get to the country by boat to detention camps on remote Pacific islands.

The government has been under mounting pressure over its treatment of the children.

Some have languished on Nauru for as many as five years and doctors and refugee groups have expressed increasing concern about their health and well-being. Some 46 children were born on Nauru.

Activists said there were currently 38 children on the island. Men are sent to a separate camp in Papua New Guinea.

“There are hardly any children on Nauru … and we expect that by the end of this year, there will be none,” Australia’s top diplomat in Britain, High Commissioner George Brandis, told the London radio station LBC.

“Children have been transferred off Nauru, that’s been happening for some time,” Prime Minister Scott Morrison told Sydney Radio 2GB on Thursday.

“It’s been done in accordance with our policies, our existing policies, and I obviously don’t go into the operational arrangements,” he added.

When Morrison took over as prime minister in August, there were 113 asylum-seeker children on Nauru. Last week, the government said that number was down to 52.

Australia has all but stopped people trying to get to the country by boat since it announced five years ago that anyone who tried to claim asylum after arriving by sea would never be allowed to settle.

Instead, people were sent to detention centres in the Pacific.

Home Affairs Minister Peter Dutton has warned any asylum seekers who attempt to reach Australia by boat will continue to be sent to Nauru no matter their age.

Pressure has mounted on Australia to make an exception for children, amid reports of serious physical and mental health problems among those held.

Asylum Seekers Resource Center Director Jana Favero said 47 children, plus 88 adult family members, had been brought to Australia from Nauru in the past two weeks.

The children were provided medical treatment and none of the families were told they could stay in Australia, she said.

“The condition of the children has been pretty shocking,” Favero said. “We have seen children not eating or drinking for days in a comatose state. The mental and physical conditions of these children on Nauru have been devastating.”

The United States agreed in 2016 to accept up to 1,250 refugees from Nauru and Papua New Guinea. But after more than a year of screening, only 439 have found new homes there.

New Zealand has also offered to take some of the refugees, but Australia has declined the offer because it fears that would allow asylum seekers to enter through the “back door”. New Zealanders are allowed to live and work in Australia for as long as they like. 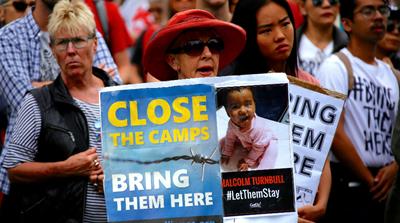 Human rights lawyer George Newhouse said his organisation, National Justice Project, had taken court action to bring about 50 children to Australia for medical treatment, including kids who have been taken directly from the airport to intensive care units because their organs were failing.

“It’s taken court hearings and a groundswell from the community to get the government to act to get these kids off Nauru,” Newhouse said. 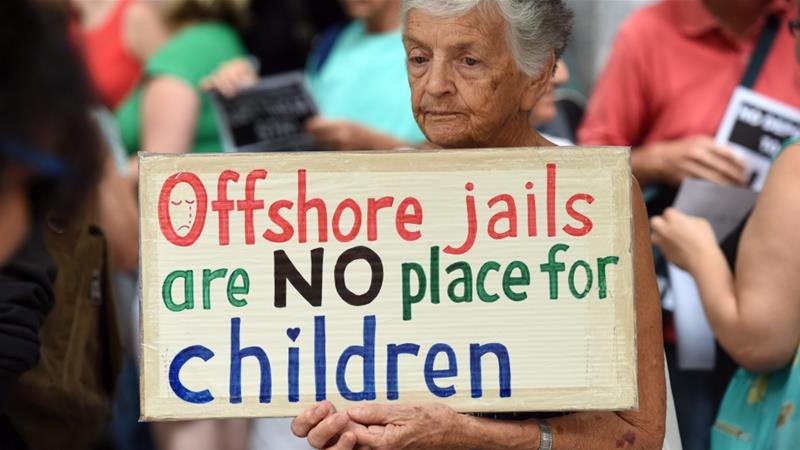