On June 17, 1972, five burglars were arrested at the Democratic National Committee headquarters in the Watergate complex for attempting to wiretap office communications. The scandal resulted in the resignation of former President Richard Nixon after a series of investigations found he was involved in the operation.

Former Secretary of State Hillary Clinton was part of the impeachment inquiry staff. But decades later, some social media users are spreading false claims about her involvement.

A Facebook post shared over three years ago shows a black-and-white photo of Clinton next to other politicians.

"As a 27 year old staff attorney for the House Judiciary Committee during the Watergate investigation, Hillary Rodham was fired by her supervisor, lifelong Democrat Jerry Zeifman," reads text above the image.

The post claims Zeifman said in an interview that he fired Clinton because she was "an unethetical, dishonest lawyer."

The post generated close to 1,000 shares after being published in February 2019, and it has recently regained traction on Facebook. Similar posts have spread widely on the platform.

But the claim is wrong on multiple fronts, as independent fact-checking organizations have reported. Zeifman was not Clinton's direct supervisor, and Judiciary Committee records indicate Clinton was not fired from the inquiry, since she was paid even after Nixon resigned.

USA TODAY reached out to social media users who shared the claim for comment. 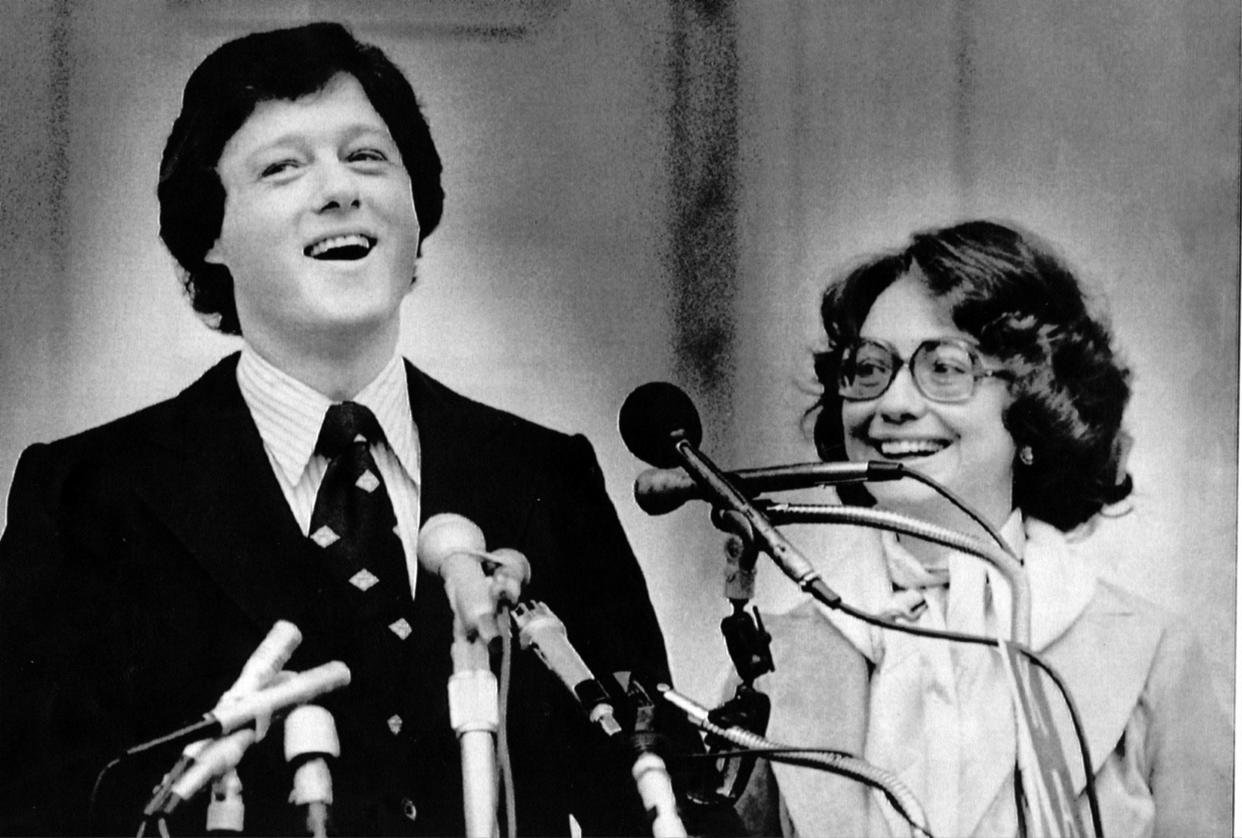 Clinton not fired from inquiry

The timeline is key to this claim.

The House Judiciary Committee adopted three articles of impeachment against Nixon on July 27, 1974. However, Nixon avoided impeachment in the House after he resigned from office Aug. 9 of that year. The case ended Aug. 22 when the final impeachment report was published.

In 2016, Washington Post librarian Alice Crites unearthed Judiciary Committee records that show Clinton was paid $3,377.77 from July 1, 1974, to Sept. 4, 1974, which indicates she was active throughout the investigation. Clinton's 2008 presidential campaign said on its website that she was not fired.

Zeifman, who died in 2010, did claim he terminated Clinton in an interview, as the post says.

But there are significant problems with his story.

Zeifman contradicted this claim himself in a 1999 interview with the Scripps Howard News Service, saying, "If I had the power to fire her, I would have fired her," according to PolitiFact. In other words, he's saying he didn't fire Clinton.

And several sources say Zeifman wasn't in a place to make a firing decision on Clinton.

The quote in the post stems from a 2008 column by Dan Calabrese, which was later published by the Canada Free Press in 2013. But John R. Labovitz, a lawyer on the impeachment staff, told Calabrese in the same column that Zeifman did not work "on the impeachment inquiry staff directly."

John Doar, a former Justice Department lawyer, was given the responsibility to direct the impeachment inquiry staff in December of 1973, during which time he assembled a staff, according to the Congressional Quarterly Almanac.

In a 2018 interview with American historian Timothy Naftali, Clinton said Doar invited her over the phone to work on the impeachment inquiry staff, and she accepted.

USA TODAY reached out to Clinton's office for comment.

Based on our research, we rate FALSE the claim that Zeifman fired Clinton during the Watergate scandal. Zeifman was not Clinton's direct supervisor, and Judiciary Committee pay records indicate she was active throughout the investigation. Zeifman has also contradicted his own claim, saying at other times that he did not fire Clinton.

Thank you for supporting our journalism. You can subscribe to our print edition, ad-free app or electronic newspaper replica here.

Our fact-check work is supported in part by a grant from Facebook.