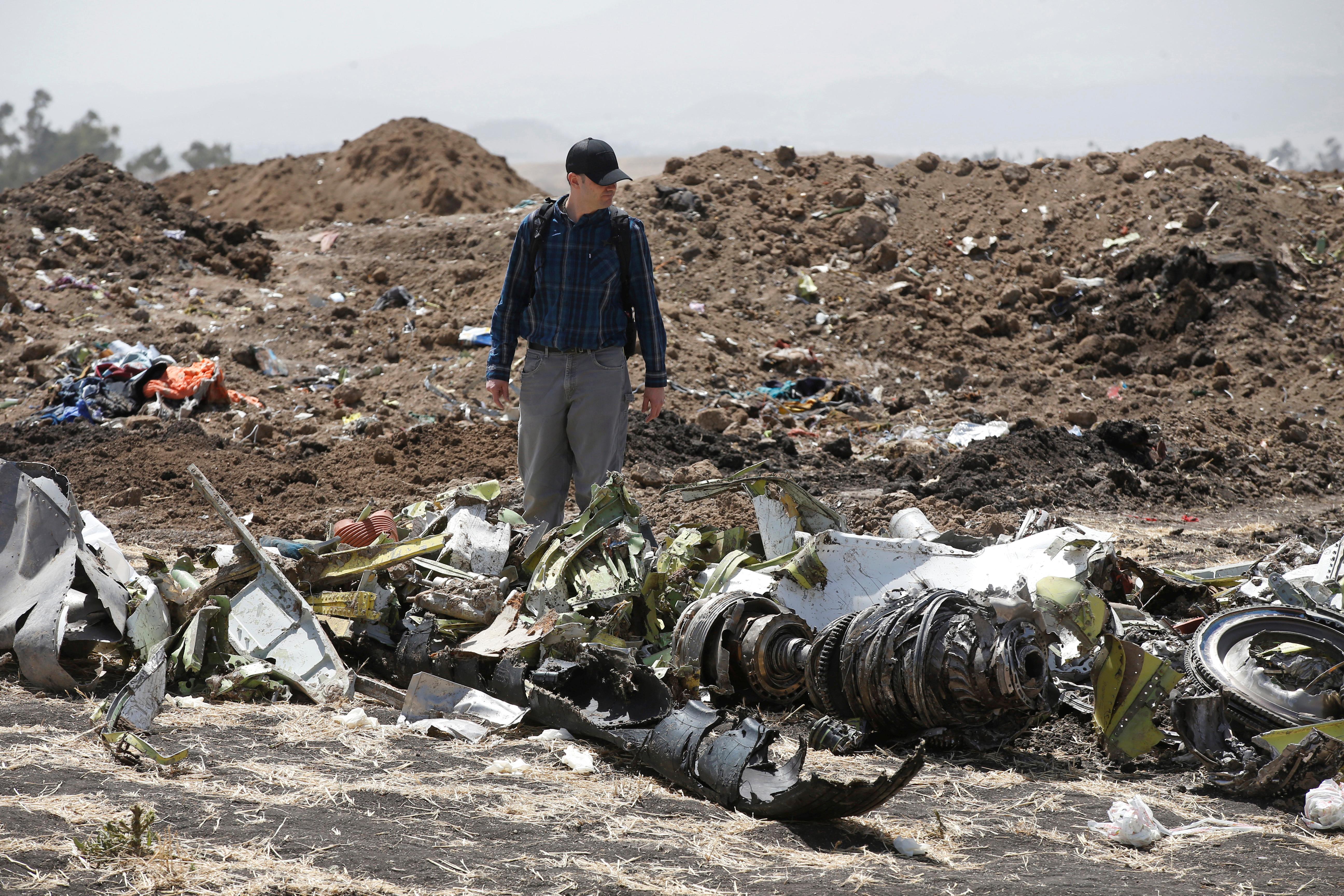 Swiss authorities said they had also banned the 737 MAX 8aircraft, following the EU decision, as did several countries in the Asia Pacific region.

Boeing reiterated the investigation into the crash remains in its early stages and it has no basis to issue new guidance to operators.

The U.S. aviation regulator said it would not ground the planes and that a review “shows no systemic performance issues and provides no basis to order grounding the aircraft.”

U.S. airlines continue to operate the narrowbody jet. Here is what airlines and regulators have said:

The Mexican airline said it suspended the operation of its six MAX 8 planes and those flights would be covered by the rest of its fleet.

The company said it remained fully confident in the aircraft. Mechanics’ union TWU has urged the company’s chief executive to ground MAX 8s.

The regulator said it had suspended the operation of Boeing 737 MAX aircraft to or from the country.

The British overseas territory’s aviation authority said it prohibited MAX 8 and MAX 9 aircraft from its airspace.

The Brazilian regulator said it was not grounding the aircraft.

Brazilian airline Gol, which operates seven MAX 8s, said it was suspending use of the aircraft. It said it will operate international routes with Boeing 737 NGs.

Canada has no plans to ground the MAX 8 aircraft but is ready to “act immediately” to suspend flights if new information emerges indicating there is a problem, Transport Minister Marc Garneau said.

Air Canada, which has 24 MAX 8s in its fleet, said it canceled four flights this week due to UK Civil Aviation Authority ban on MAX jets. WestJet, which operates 13, said it was monitoring the situation.

The airline said it had grounded both its MAX 8 jets.

The South African airline said that it would remove 737 MAX8 jets from its schedule. It has ordered eight aircraft of this type but has only received one.

The airline whose plane crashed on Sunday, killing all 157 on board, grounded the remaining four of its 737 MAX 8 fleet on Monday.

SpiceJet Ltd has 12 MAX 8s and it has ordered another 155 MAX planes. Jet Airways operates five 737 MAX 8 aircraft, although several have been grounded over non-payment of leasing dues.

The state airline, which rented one 737 MAX from Feb. 1, grounded the aircraft. It had signed a contract to rent three Boeing 737 MAX 8 aircraft and was planning to rent the other two later this year.

The company will temporarily ground its MAX 8 passenger jets at the advice of European regulators. It operates 18 MAX jets.

The regulator suspended MAX aircraft from flying to or from the country. Fiji airline operates two MAX 8 planes.

The airline and the regulator said in a joint statement they had confidence in the model’s airworthiness but would suspend flights out of deference to public concern and regulatory action around the world.

Russian S7 Airlines said it would ground its two MAX 8 planes starting Wednesday and that the decision would not affect its flight schedules.

Singapore’s Civil Aviation Authority suspended operations of all Boeing 737 MAX aircraft in and out of the country.

The U.S. airline said it remained fully confident in the aircraft and was closely monitoring the investigation.

“The European Union’s aviation safety regulator suspended all flights by B7378 MAX. This is also valid for Switzerland,” the Swiss federal office of civil aviation said on Twitter.

Germany’s TUI Group, the largest leisure, travel and tourism company in the world, said it was discontinuing all Boeing 737MAX 8 flights.

The ministry has suspended all flights by the 737 MAX 8 and MAX 9 models, Anadolu news agency said.

The announcement came after Turkish Airlines said it had suspended its 12 Boeing 737 MAX aircraft.

Flydubai, which has 11 MAX 8 aircraft in its fleet, according to Flightradar24, is the only UAE airline operating the MAX 8 and MAX 9 aircraft.

Britain suspended flights of the 737 MAX aircraft over its territory.

Vietnam state media reported the aviation regulator will not issue licences to domestic airlines to operate the 737 MAX until the cause of the Ethiopian crash is determined.

The Vietnamese airline, which announced last month it was intalks to buy 25 Boeing 737 planes, declined to comment.

The Australian airline said it will continue to work with Boeing, the airline does not have any 737 MAX 8 aircraftand said its first delivery was not due until November.