PARIS (Reuters) – Notre-Dame de Paris cathedral went up in flames on Monday evening, a blaze that devastated the Parisian landmark, destroying its wooden-beamed roof and collapsing the iconic spire. It is a searing loss for Paris and France. 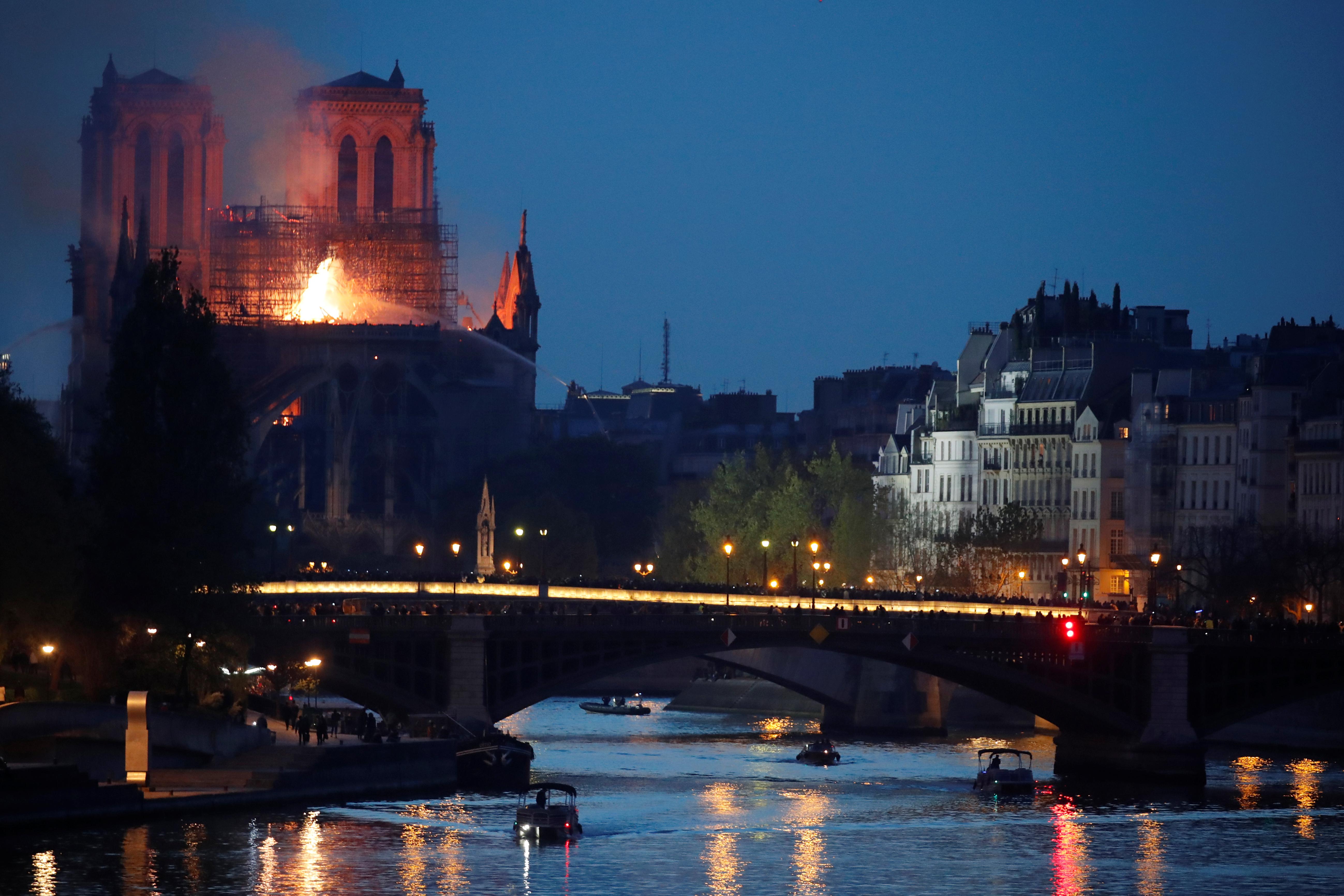 President Emmanuel Macron has pledged to rebuild the gothic masterpiece, and already within the first 24 hours since the disaster, private companies and local authorities have stepped forward with large donations.

Here are the main pledges made so far:

Martin Bouygues and his brother Olivier, who oversee a telecoms to construction conglomerate, pledged to donate 10 million euros. Bouygues group separately said it was ready to join the “skills sponsorship” drive

The bank said it would donate 9 million euros