Following its success on the TV screens of football audiences, fake audio is set to be played out for fans as England meet West Indies in the upcoming Test series.

Both sides have decided in principle to let music or low-level crowd noise be played during the Test matches that begin this week which will include the enhanced connection of leather on willow and general background noise, as report the Times.

Agreements will now have to be made between both teams, on items such as which noise-filling tracks to play out between overs and at other key points in the match.

West Indies’ fast bowler Kemar Roach, 32, agreed with comments from England players after their intra-squad warm-up last week that it would feel strange to play in a silent ground and for cricket to return among empty surroundings. 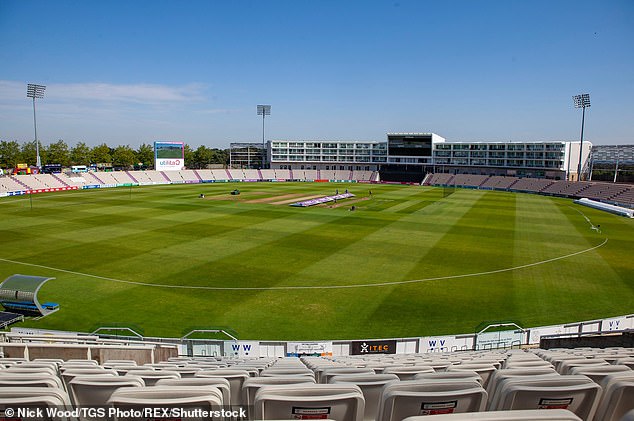 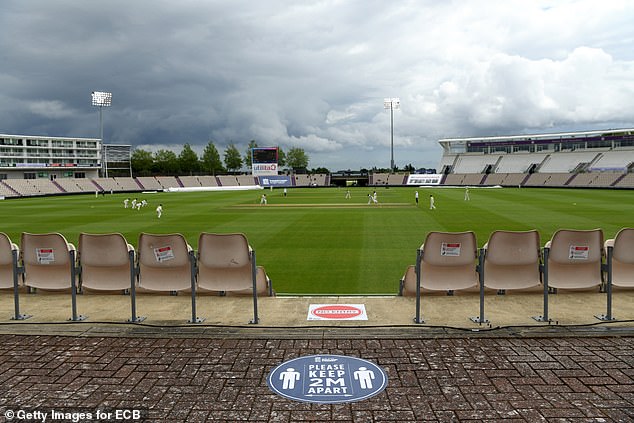 He told the Times: ‘Some noise around would be great.

‘It will be strange for us playing in England where there is always a lot of crowd noise and atmosphere.’

Viewers watching the broadcast live will be able to hear audio through stump microphones as usual, although these will be more controlled than usual.

Directors will have the editorial power to shut them down between deliveries to minimise the risk of any bad language being overheard, which would be exaggerated due to the silent surroundings.

Given the positive feedback of crowd noises for football fans watching the Premier League or an assortment of Europe’s returning divisions, cricket is also to follow suit.

Low-level crowd noise will be available as an option for viewing fans, though is understood to be most constant than that of football.

Cricket players have been warned to be extremely mindful of what they say during play, given the increased likelihood of their words being picked up on the microphones. 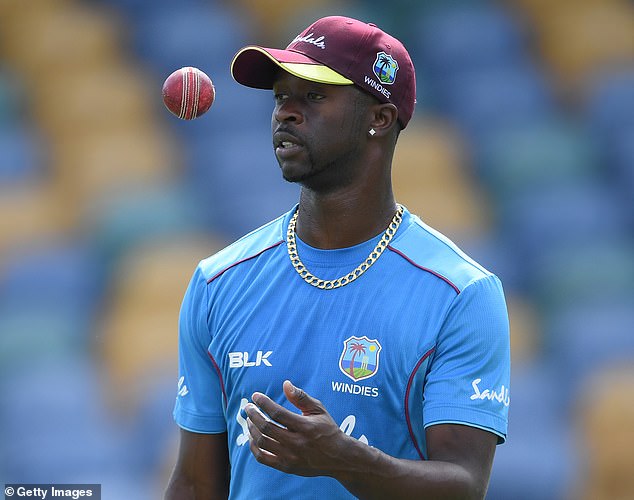 The International Cricket Council will be among those monitoring events and anyone who steps out of line could be fined and banned.

Officials from both sides have discreetly made players aware of the situation and told them to watch what they say.

Football crowd noise, as implemented recently with the use of EA Sports, sees the audio react to the game which is playing out – reacting to tempo and goal-scoring opportunities.

Cricket will reportedly adopt a different approach, instead using a continued audio stream which would likely be taken from old footage and edited together.

Further audio enhancement is likely to improve a fans’ favourite element of the willow on leather connection as the ball is struck by the batsmen.

The other Tests of the series are due to take place at Old Trafford this month.