Dr Jane Barton was part of an “institutionalised regime” of giving the drugs without medical justification at Gosport War Memorial Hospital. 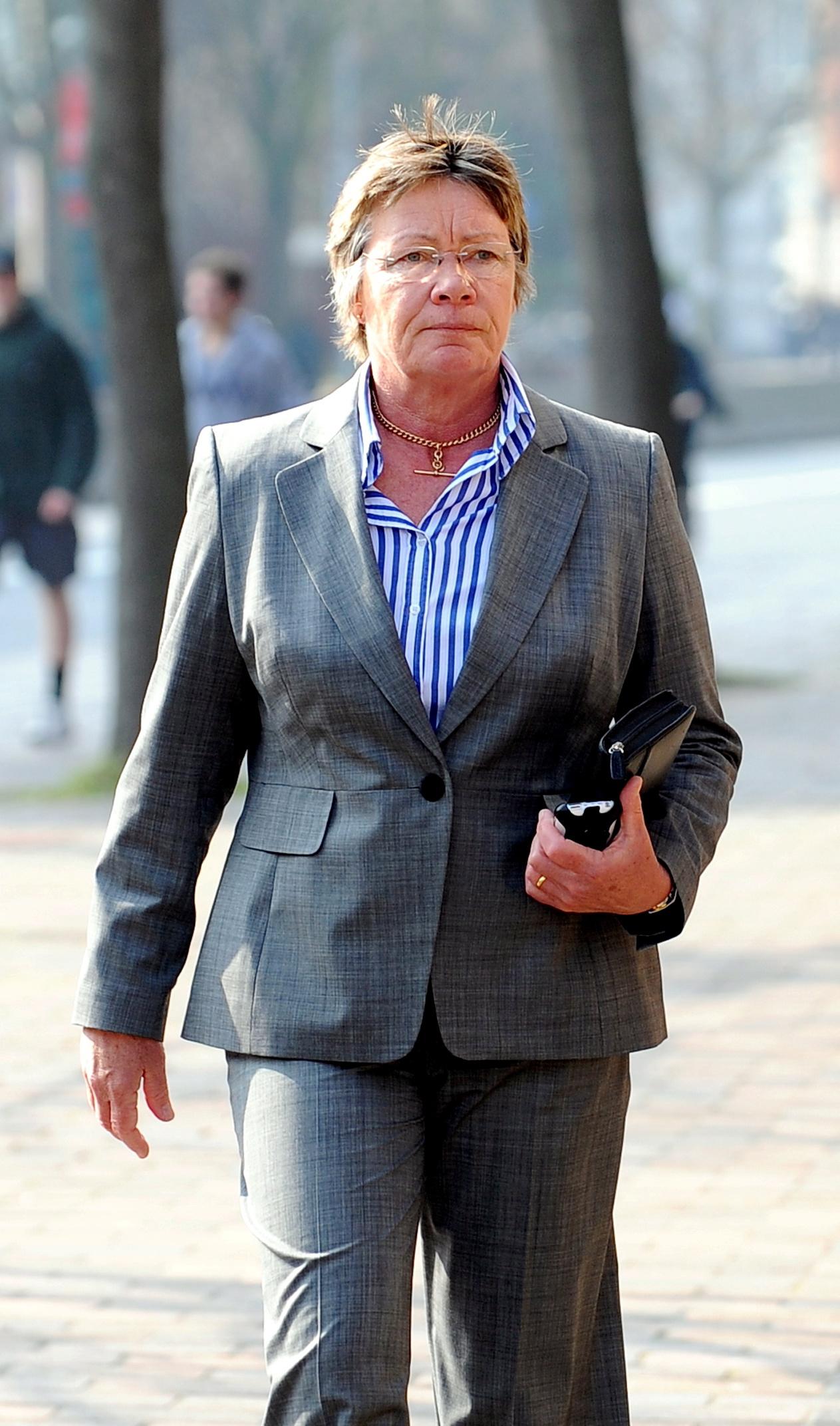 Relatives of the victims yesterday demanded criminal charges for medical staff who wrongly allowed their loved ones to be given lethal doses of painkillers.

They also called for the prosecution of those responsible for a 20-year cover up of the deaths of at least 656 patients from overdoses of medical heroin between 1989 and 2000.

Bridget Reeves, whose gran Elsie Devine was among the victims, said: “These horrifying, shameful, unforgivable actions need to be disclosed in a criminal court for a jury to decide.

“Only then can we put our loved ones to rest.” 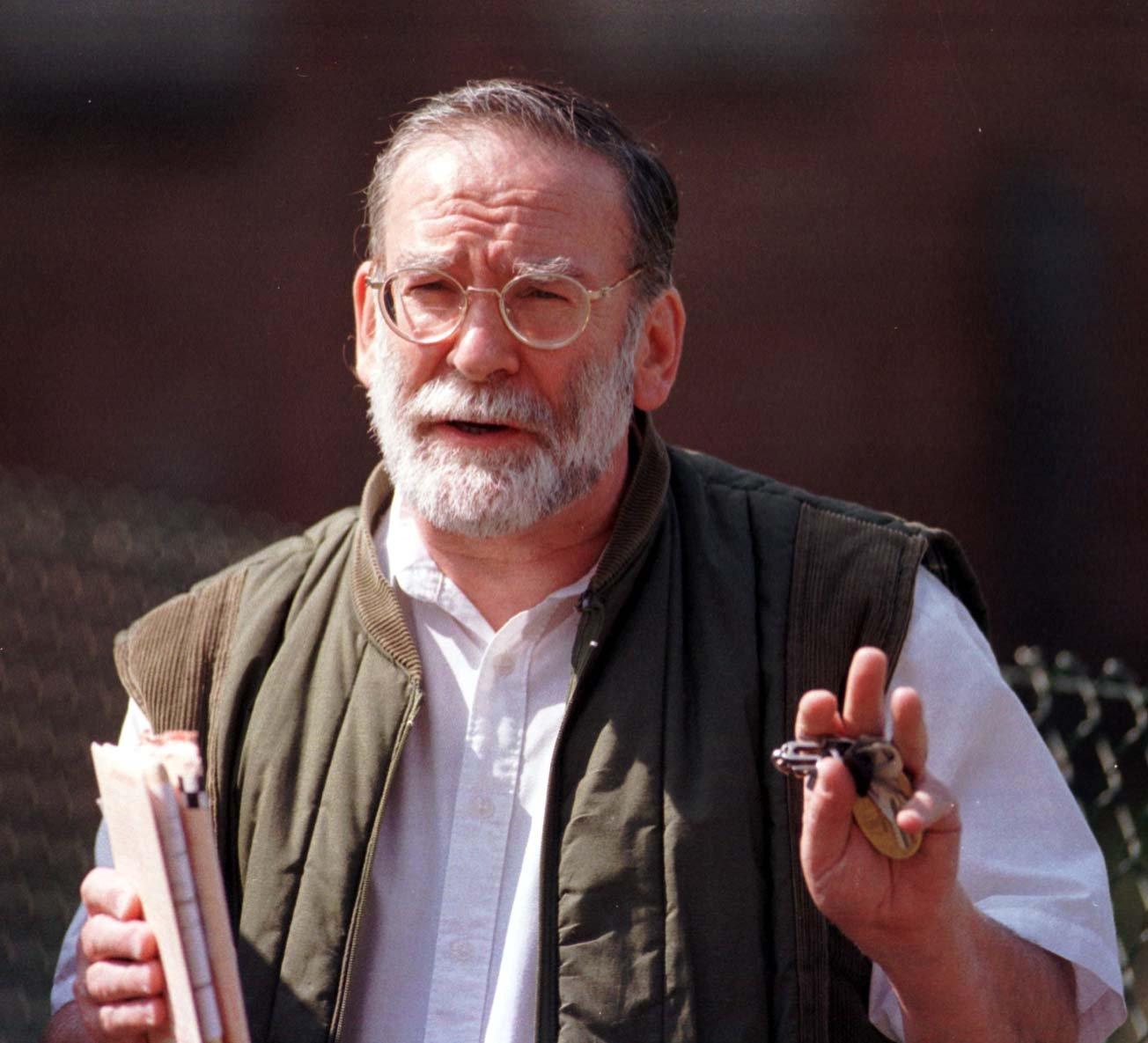 Bridget spoke out after a damning report said Dr Jane Barton, nicknamed Dr Opiate, oversaw an “institutionalised regime” of prescribing and administering dangerous doses of painkillers that was medically unjustified.

It said consultants at Hampshire’s Gosport War Memorial Hospital knew what Barton was doing but did not intervene.

Other medics failed to challenge her and carried on administering the dosages she prescribed.

The report said it led to “a disregard for human life and a culture of shortening the lives of a large number of patients.” 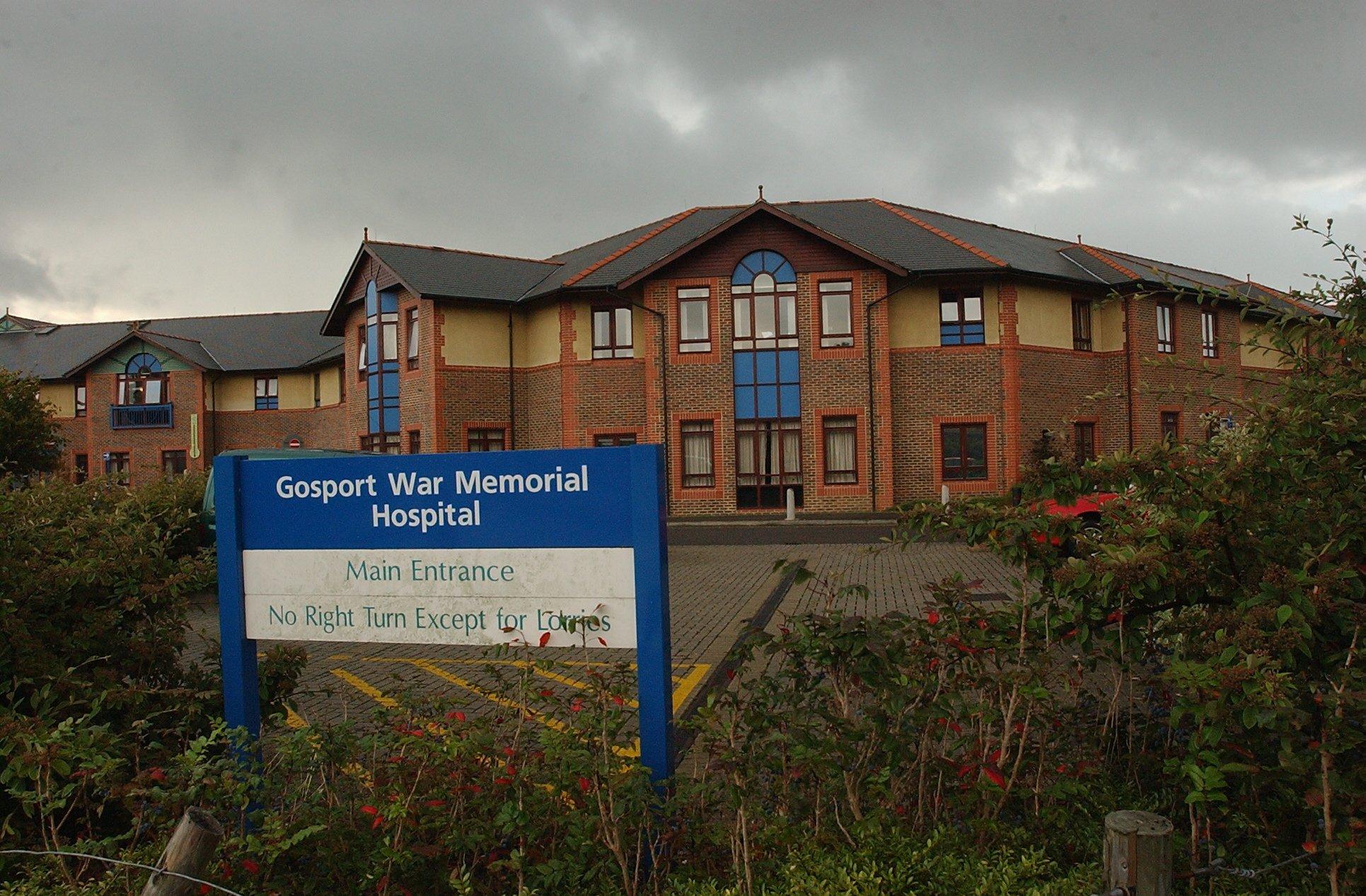 Bridget said the report had highlighted an “inexcusable failure” by the hospital.

She added: “It is scandalous and it is immoral. They have grossly failed their ethical standards by abusing people’s human rights.

“Our vulnerable relatives were stripped of their final words to their loved ones, silenced by overdoses. This has been sinister and calculated and those implicated must now face the rigour of the criminal justice system. 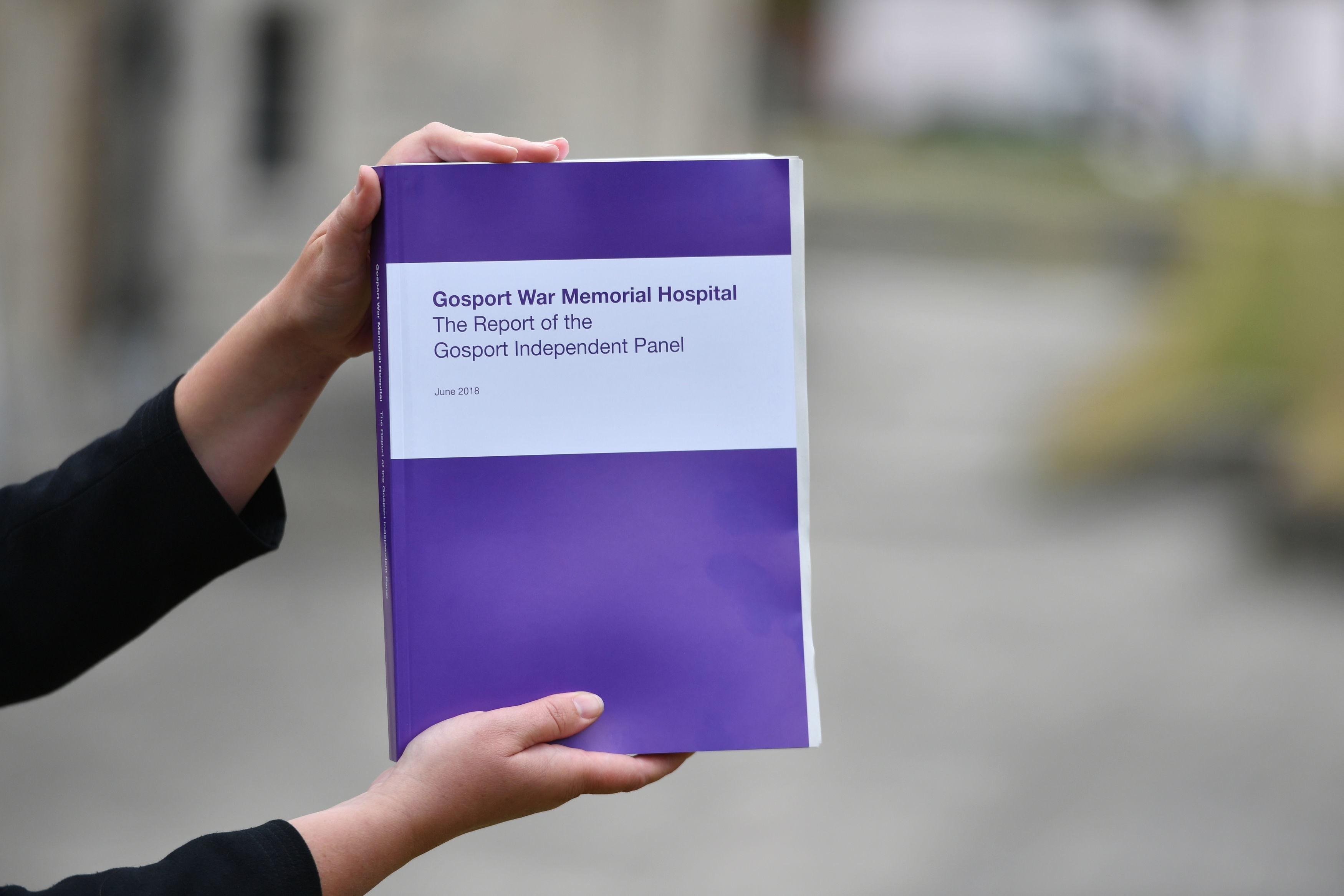 “Hopefully people will wake up now and realise this is the largest national scandal under the NHS.”

The inquiry into the Gosport deaths unearthed an astonishing catalogue of failure, arrogance, incompetence and indifference from medical staff, health officials, local politicians and the police.

In total there were four police and Crown Prosecution Service investigation and a General Medical Council hearing into Barton and the failings at Gosport.

They failed to result in a single criminal prosecution.

She was moved there after treatment at another hospital for a urinary infection.

Staff had ruled she could go home but as there was no care provision in place she ended up in Gosport. Weeks later Elsie died of kidney failure after being prescribed strong painkillers.

Granddaughter Bridget, above, said yesterday: “This sort of behaviour is both chilling and precarious.”

Barton, now 70, was eventually found guilty of serious professional misconduct by a General Medical Council tribunal in 2010 following an investigation.

It said she had put patients at risk of an early death. But she was not struck off.

The tribunal instead placed restrictions on her, including a three-year ban on injecting opiates.

She decided to retire following the ruling.

She was admitted to recover from a hip op but died five days later.

Her daughters Gillian Mackenzie and Lesley O’Brien told Hampshire Police she was “drugged to the eyeballs”.

Mrs Mackenzie, 84, of Eastbourne, East Sussex, spent the next 18 years campaigning for justice.

She said: “It’s been a massive cover up. It’s nice to know I wasn’t wrong.”

But the Gosport Independent Panel said the focus on Barton had ignored the fact there was an “institutional” problem at Gosport that went beyond a single GP.

It said this occurred because officials were haunted by the fear of “another Shipman.” Dr Harold Shipman is believed to have murdered as many as 250 patients between 1975 and 1998.

The GP — the most prolific killer in modern history — prescribed opiate morphine in fatal doses to more than 200 victims, often elderly and female.

Shipman, left, was caught only when suspicions were raised to cops over a forged will that gave the doctor claim to £386,000.

Tests on the body of Kathleen Grundy then found she had died of an overdose of diamorphine — an easily injected form of recreational heroin.

In 2000, 53-year-old Shipman was found guilty of 15 counts of murder and was jailed for life at Wakefield Prison, West Yorks.

An inquiry indentified 218 victims and estimated he killed 250. The case led to an overhaul in how medication is dispensed.

Shipman hanged himself in his cell on his 58th birthday in 2004.

“Whereas what we’re describing in this report is an institutionalised practice and that is a significant difference.”

The report criticised pharmacists, nurses and consultants for dispensing the drugs, administering them or turning a blind eye. It said families were “powerless” in their relationships with professional staff and were “consistently let down.”

The police investigations into complaints by relatives were “consistently poor.”

The 65-year-old’s family were told by a doctor that they were letting “nature take its course”.

Stan’s daughter Debbie Mackay, 54, said: “It can’t be right a man who was admitted for rehab to die the following day.

“We knew something wasn’t right from the start. It has been a constant battle to have our concerns taken seriously.”

The 370-page report praised the families for never giving up their fight for justice.

The panel cannot cannot call for criminal or civil action.

But it urged ministers, police and the Attorney General to “recognise the significance” of its findings and “act accordingly.”

Theresa May yesterday described the report as “deeply troubling” and apologised to families for the length of time it took to get answers from the NHS.

CROWN Prosecutors hinted yesterday they may review their previous stance that there was too little evidence for charges against Gosport War Memorial Hospital or its staff.

A spokesman said: “We will consider the content of the report and will take any appropriate steps as required.”

Meanwhile, police said some of the evidence in it had never been shown to them.

Hampshire Chief Constable Olivia Pinkney said: “It’s apparent from our early reading of the 370 pages that in its deliberations, the panel had sight of information not previously seen by us.

“It’s important that a process is put in place to ensure all relevant agencies come together to enable decisions about next steps to be made in a way that is well-considered and transparent.”

He told MPs that police and prosecutors were examining the report to whether criminal charges should be brought.

ARTHUR was recuperating from a fall when he died.

Three days before he was due home, he begged daughter Pauline Godley to get staff to stop giving him morphine.

That night a nurse rang Pauline’s husband to say Arthur, 82, was dead.

She said yesterday: “It was so heartless.

“I feel so guilty because he asked me to save him and I didn’t.”

She added: “Consultants were aware of Dr Barton’s actions but did not intervene — they are therefore culpable and should be held to account.

“It is deeply distressing to see that even as early as 1991, nurses at the hospital were warned not to take their concerns further.

“Why Dr Barton’s employment was not terminated at this stage beggars belief.”

They are currently thought to be in Spain.

Earlier this week she said: “I don’t know what will be in the report, But I don’t think it will be very pleasant.

“I’ve never spoken to the Press about what happened and I don’t plan to now.”