Residents face being kicked out of their homes after an appeal against the demolition of a development was rejected.

Father-of-two Alfie, 47, who was born on a Leicester roadside in a caravan to a poor Romany gipsy family, is now worth around £250million and made his cash from a luxury trailer business which has sites all over the UK.

The businessman’s firm Wyldecrest Parks built the 132-home development, where homes are sold for £225,000, but the council says eight of the properties were erected on land outside the caravan park’s approved boundary. 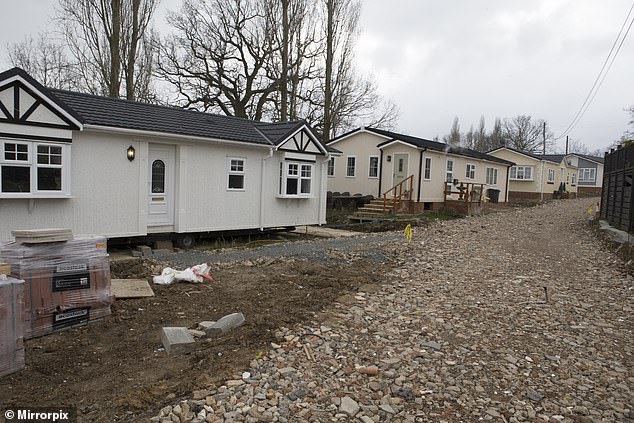 Eight mobile homes built at Lakeview Park near Romford, pictured, by Wyldecrest Parks were put up illegally and have been ordered demolished after a planning inspector supported Havering Council’s decision 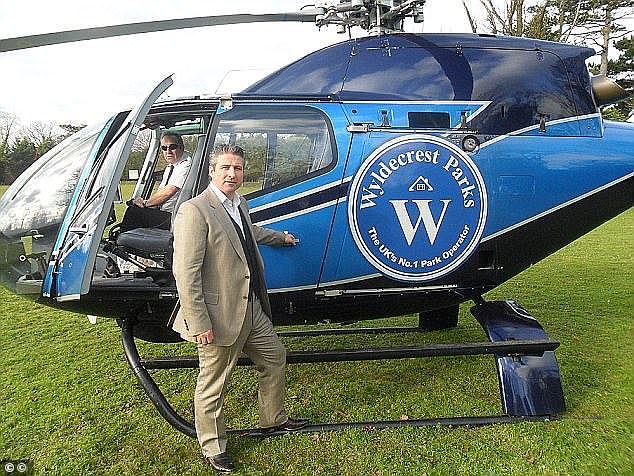 The firm is owned by millionaire Alfie Best, pictured with his helicopter on his £12million Hertfordshire estate 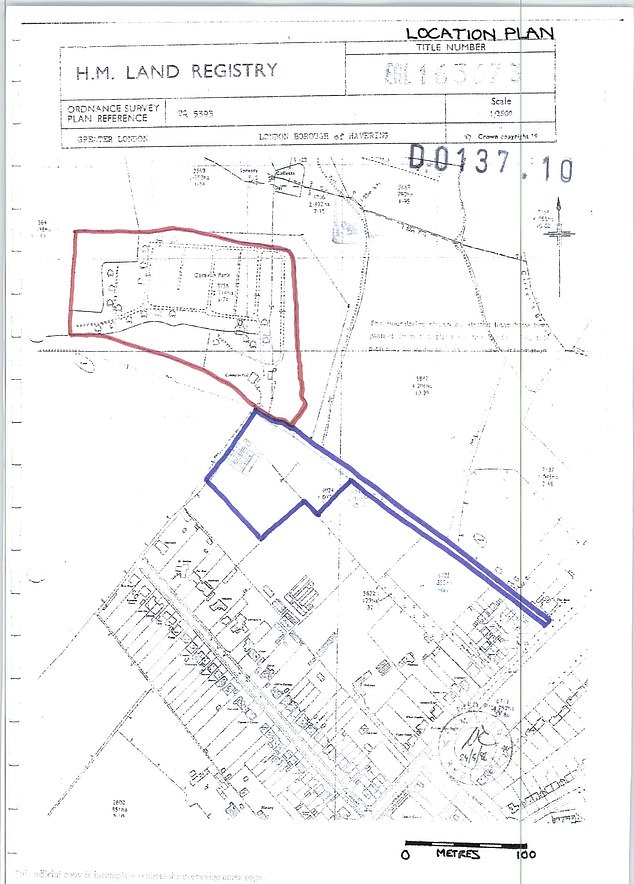 The dispute has been going on since 2011, when Havering Council refused Wyldecrest permission to build further homes on greenbelt land (shown in blue) outside the existing park boundary (shown in red). The developer, owned by millionaire Alfie Best, says their understanding is the park is all one site

It means families fear being made homeless, including Ann Hughes, who paid £120,000 for the house she shares with her partner.

She told the Mirror: ‘Where are we going to go? What’s going to happen?’

The site is on greenbelt land and the council refused Wyldecrest permission to change the use of land east of the park boundary to residential use in 2011.

A planning inspector said concrete bases for 12 more homes had been laid down in the area at the time of her visit and there was no hedge or fence between the two sites.

Upholding the decision, she gave Wyldecrest a year to demolish the properties to give residents sufficient time to find other homes.

But Wyldecrest have argued the homes are all part of the same site and thus every unit has planning permission.

Mr Best has previously claimed the council has an agenda against him ‘because he is gipsy’.

David Sunderland, estates director of Wyldecrest, said they would fight the inspector’s ruling.

He told the Mirror: ‘Despite this decision, both our residents and ourselves maintain that we have not breached planning controls and will be working with our legal team and the local council to lodge a further appeal as a matter of urgency.

‘The welfare of Wyldecrest’s residents is and remains our number one priority.’ 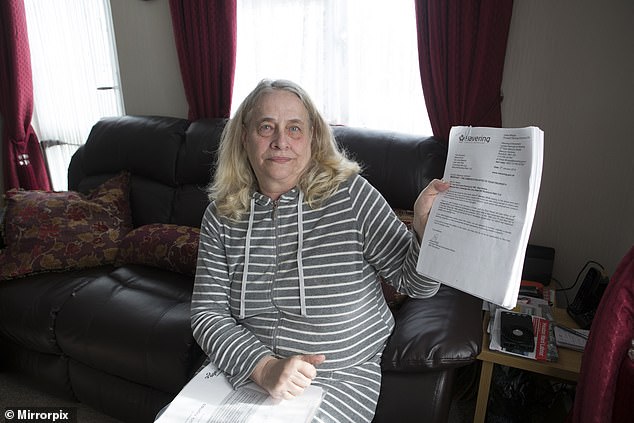 It means residents have a year to leave their homes causing them stress and confusion. Ann Hughes, pictured, who paid £120,000 for her home with her partner said they did not know where to go 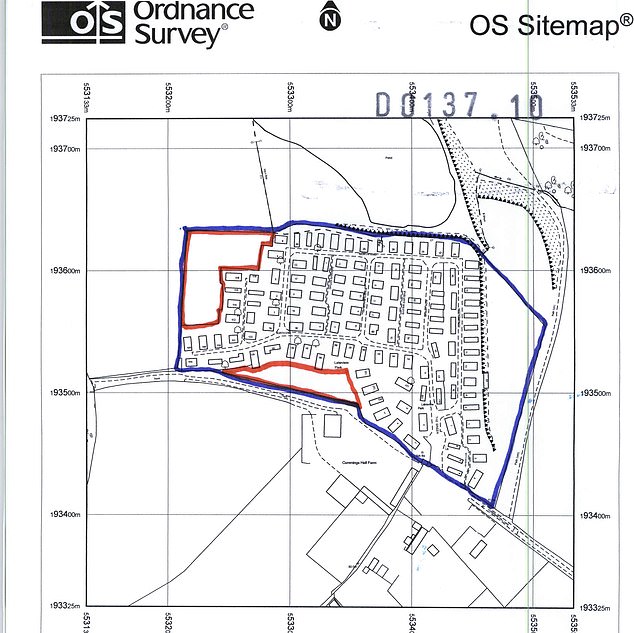 The current site, pictured in planning form, comprises of 132 homes and is one of dozens run around 42 counties in the UK by Mr Best 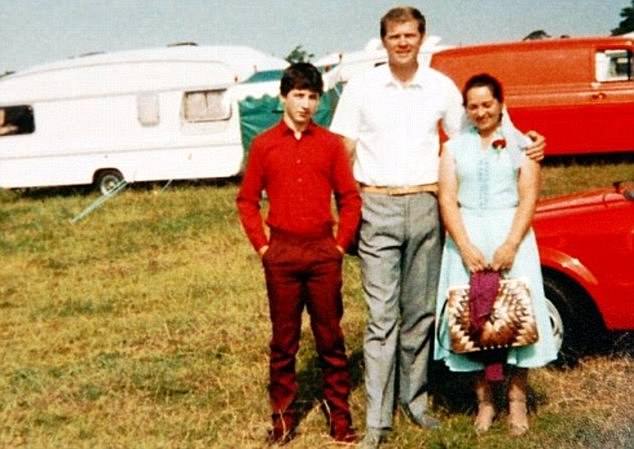 Mr Best, pictured as a child, left, with his parents, was ‘born on the side of a road in a caravan’ and said he is ‘proud to be a gipsy’ whatever the rest of the world thinks

He said: ‘The council is shocked and appalled at the way this company has targeted and exploited unsuspecting residents who bought these mobile homes in good faith.

‘The owners of the site flagrantly flouted planning laws by extending their current site onto greenbelt land then selling mobile homes without planning permission or without thought to the welfare of residents investing their hard earned money. 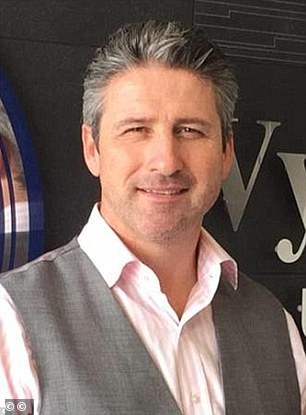 Mr Best, pictured, said he ‘almost went bust at 20’ and ‘slept in his car for three months’ before rebounding and building a mobile phone shop business

‘We can’t sit back and let rogue businesses encroach on our greenbelt. The council will always do everything in its power to protect Havering’s environment so the borough stays a special place for everyone to enjoy.

‘We are on the side of our residents and we will be on hand to offer housing advice and support. But we urge the owners of the land to do the right thing and work out a resolution with their customers as quickly as possible.’

Meanwhile the Labour group leader on the council, Keith Darvill, called the firm ‘irresponsible’ and said residents had been living in ‘deplorable’ conditions.

Mr Best, a former boxer, has previously spoken of how he initially hid his heritage from business associates because he feared it would hold him back, but he has since embraced it.

Property remains his focus and he recently spent £6million converting five flats in north London into a single townhouse now worth around £8million.

It includes a £180,000 custom-built ‘triple kitchen’ by luxury interior designer Clive Christians, which was previously an entire flat.

It is just the latest addition to his property empire that also includes a sprawling £12million Hertfordshire estate with its own a helicopter pad, a luxury flat in Mayfair, and a farm in Potters Bar. 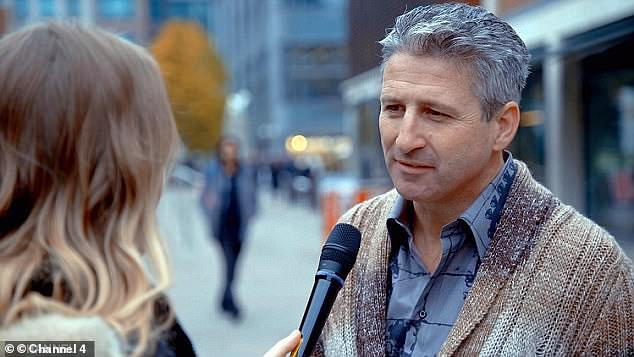 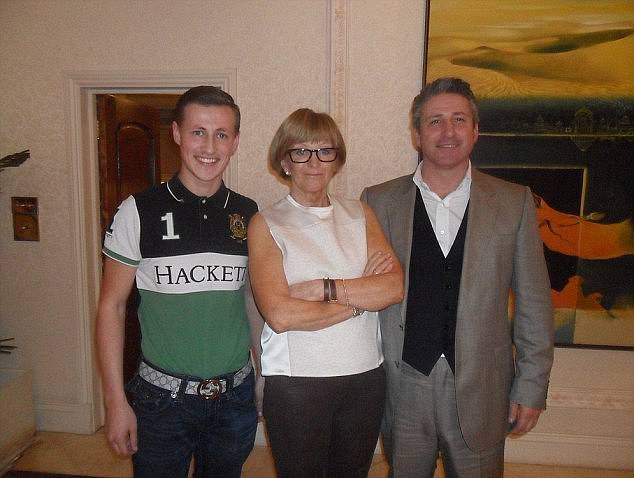 He has been the subject of several documentaries, including one presented by Anne Robinson, centre, while his son, left, also called Alfie, is one of the stars of new reality show Absolutely Ascot

He started out in business as a car dealer but almost fell on hard times in the 1990s aged 20, and said he slept in his car for three months.

Mr Best then got a job working in a mobile communications store for £70 a week, and within 18 months he had 13 mobile phone shops across London after taking a loan from the bank, before moving into commercial property.

He decided to embark on a business in the motor home industry, returning somewhat to his roots, buying his first one in 2001 for £1.7million.

That business gradually expanded and now Wyldecrest Parks has sites in 42 counties across the UK.

Speaking last year on Channel 4, he said: ‘I was born on the side of a road in a caravan. But to me I didn’t think we were poor. We weren’t starving, I didn’t know any different.

‘I am proud of the fact that I am a gipsy. It’s only the rest of the world that has a problem with it.

‘Who better to start a caravan park than someone who grew up in caravan and mobile homes all their life? It’s in my blood.’ 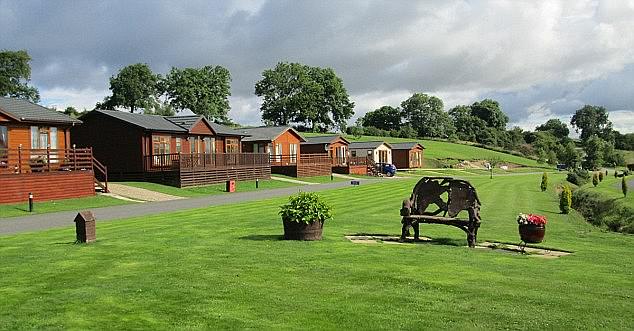 Mr Best has sites in 42 counties around Britain including Badgers Retreat Park, pictured, in Richmond, North Yorkshire, set in 26 acres of land