Brian Akers, 57,  died hours after leaving a hospital car park because he did not have any change to buy a ticket. 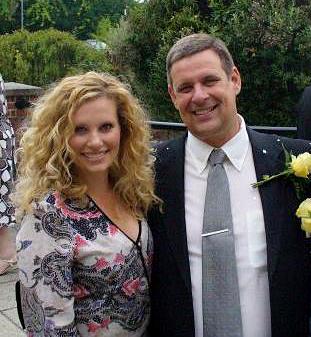 Mr Akers drove to hospital with excruciating chest pains but had no way of feeding the pay and display machine.

Instead, he went to see his GP who put his agony down to an infection rather than a fatal blood clot.

But hours later he died of a massive aneurysm. His wife found him slumped in his bed.

Kerry, who is pregnant with her first child, said: "I truly believe hospital parking charges killed my father.