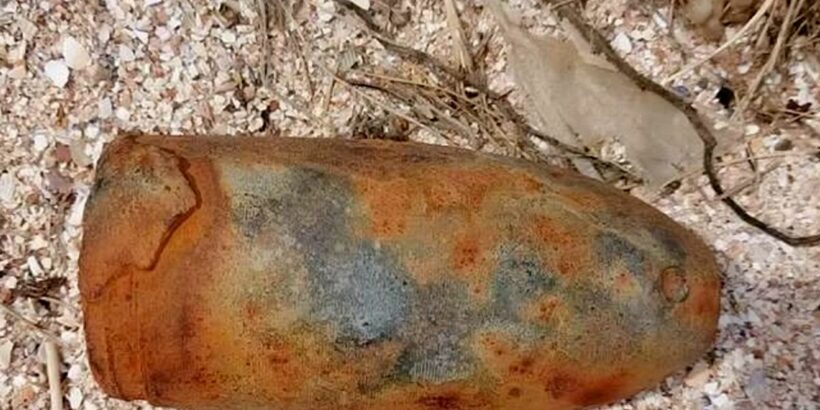 A family found themselves in the middle of a bomb scare after they discovered an unexploded WWII munition while playing on a beach.

The potentially live explosive caused quite a panic when a 14-year-old came across it during a trip to the coast.

Tracy Ryan, 44, and her family had planned for a calm visit to the seaside on the hottest day of the year but ended the day with a section of sand cordoned off by the coastguard.

Hundreds flocked to the coasts of Sheerness, Kent when temperatures rose to 32C on Friday.

Tracy says she looked up and spotted her son carrying what was later identified as an explosive device from the Second World War.

The 44-year-old said: "We headed to the beach as we knew it was going to be lovely and hot but with the breeze there it was probably the nicest place to be.

"Jack went off to the muddy area and that's where he found the object."

She says that the family spoke to a nearby couple who said it could be a potential explosive device, at which point the police were called.

Tracy, a childminder, continued: "When I saw it I was kind of taken aback thinking 'oh my God' and immediately took it off him.

"We spoke to the police and they told us to move away from it. After speaking to them Jack was quite excited and wanted his photo taken with it."

A spokesperson for the Maritime and Coastguard Agency said: "HM Coastguard received a report about suspected ordnance on Leysdown Beach.