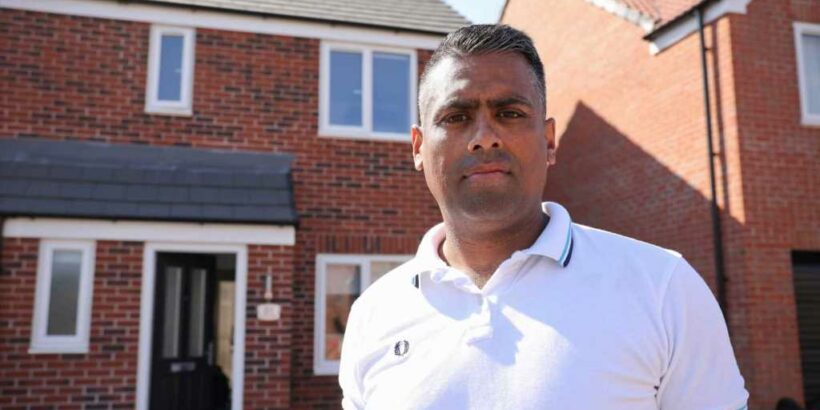 A FAMILY is furious after being forced to live in a house where the front door won't open properly and the windows are "scratched to hell".

Roger Braich, 43, and his wife, 38, claim their first home has been a nightmare as the floor is "hanging off" and the "sharp" handrail is "extremely dangerous". 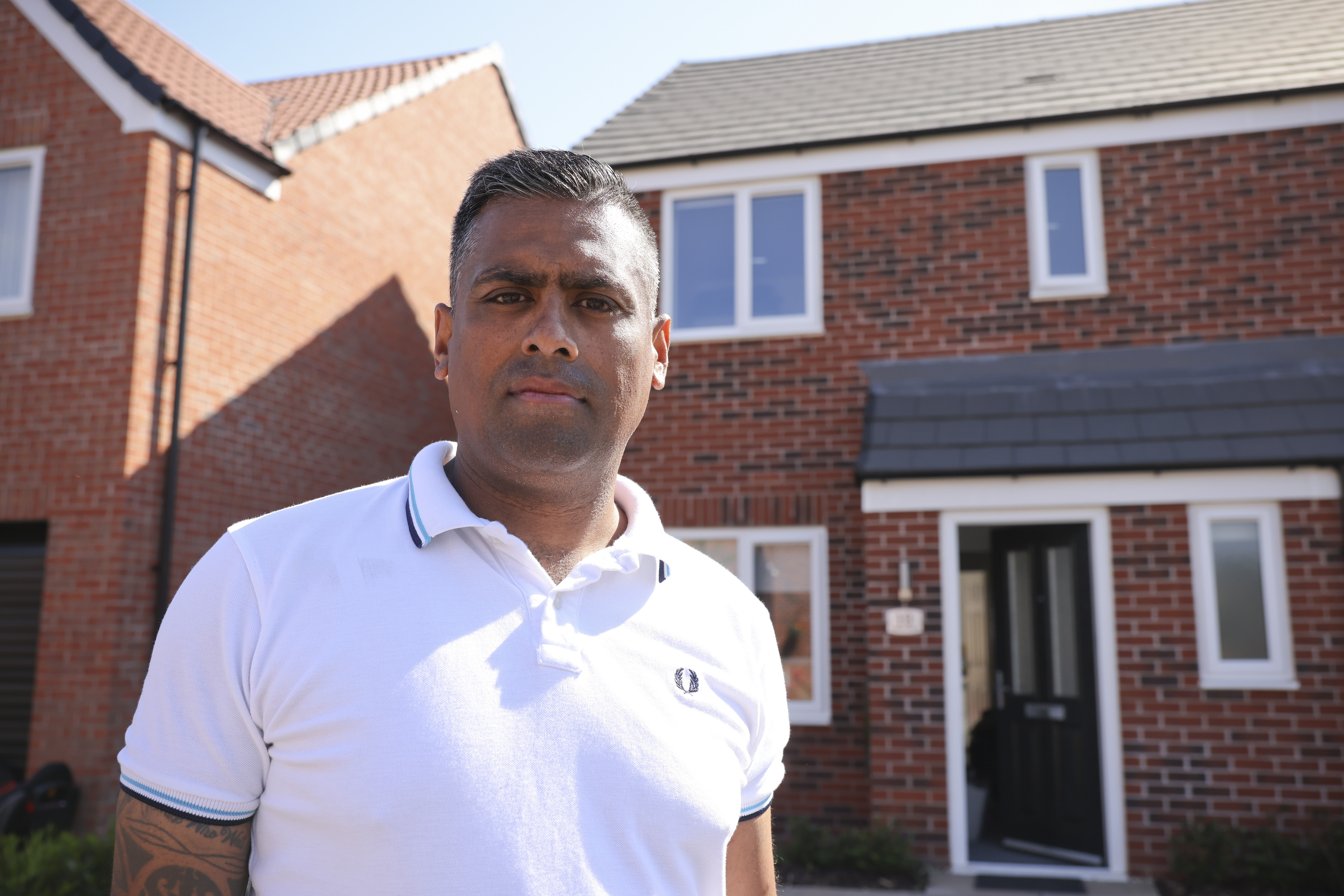 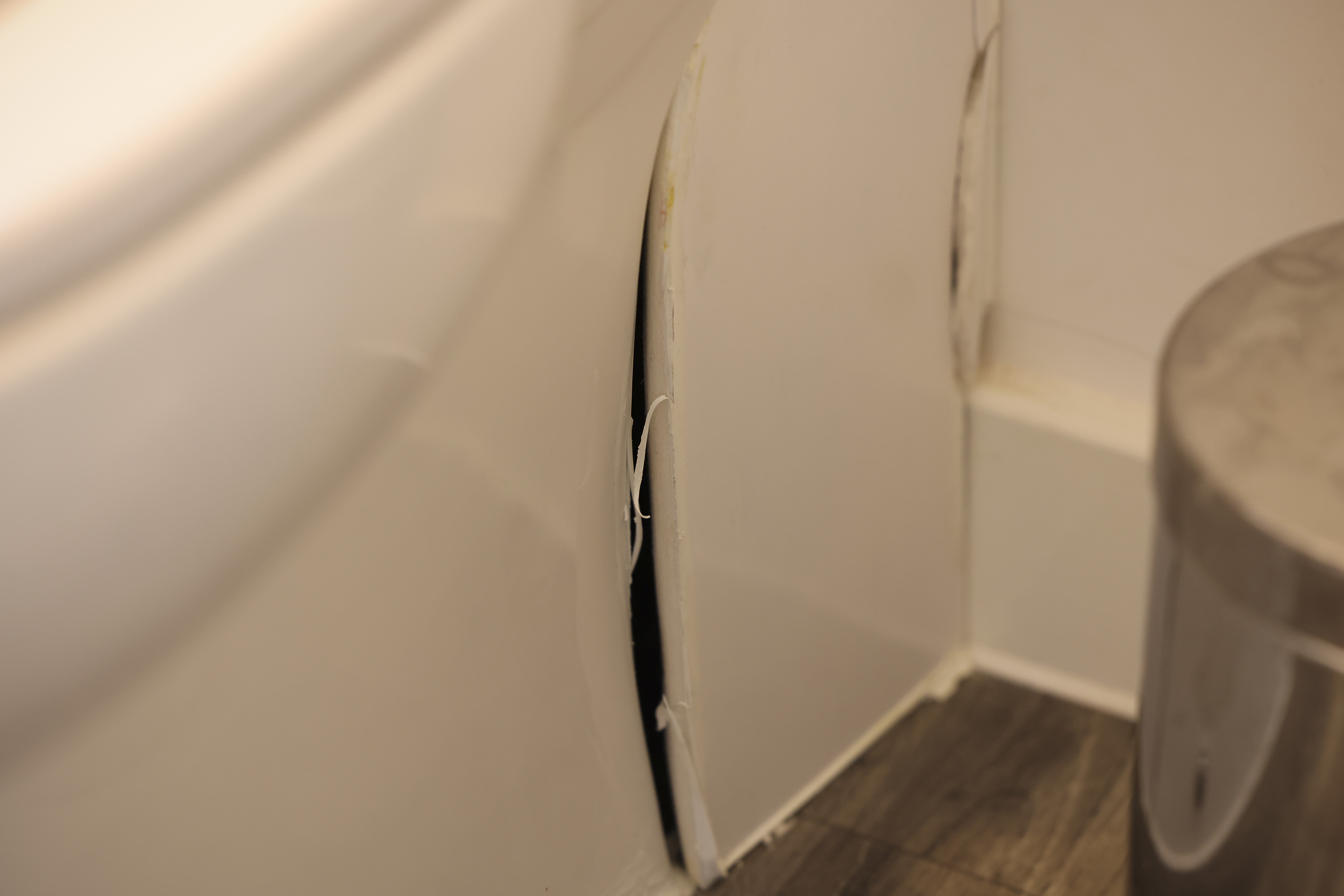 The couple bought the three-bedroom property with Persimmon Homes through the help to buy scheme in February 2020.

They were told the £184,000 house would be complete by August, but Mr Braich said their move was delayed three times which raised "a few alarm bells".

He said their whole experience with the Hawkers Place development in Hucknall, Nottinghamshire, has been "unacceptable".

On top of the problems with the door, floor and handrail, he said he has also had to deal with "one of the worst customer experiences ever".

Mr Braich told NottinghamshireLive: "I would say overall it's been one of the worst customer experiences I have ever had, both of us have had – myself and my wife.

"They pride themselves on their standards but they forget their customers.

"I would not recommend them to anybody contemplating buying a new-build house." 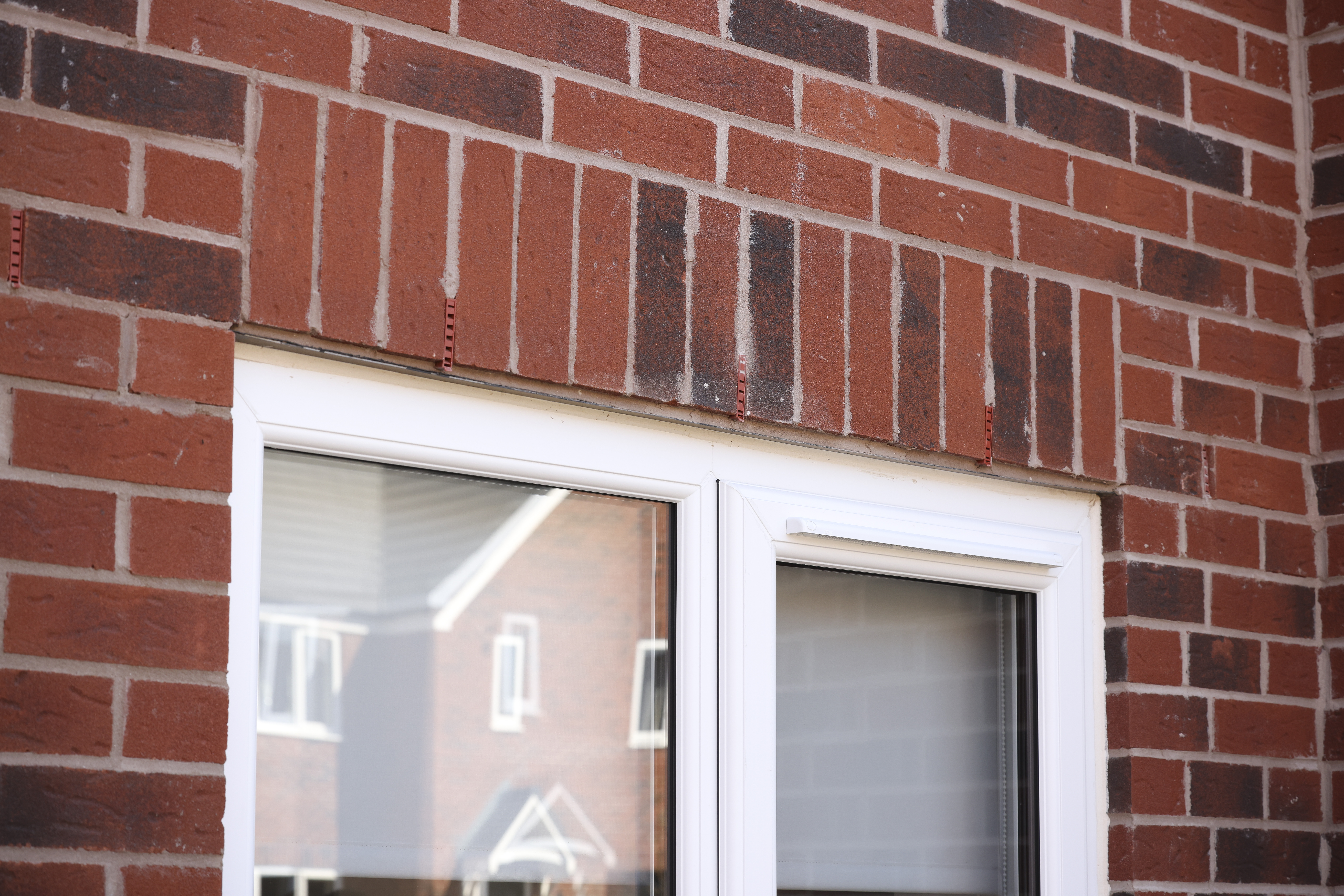 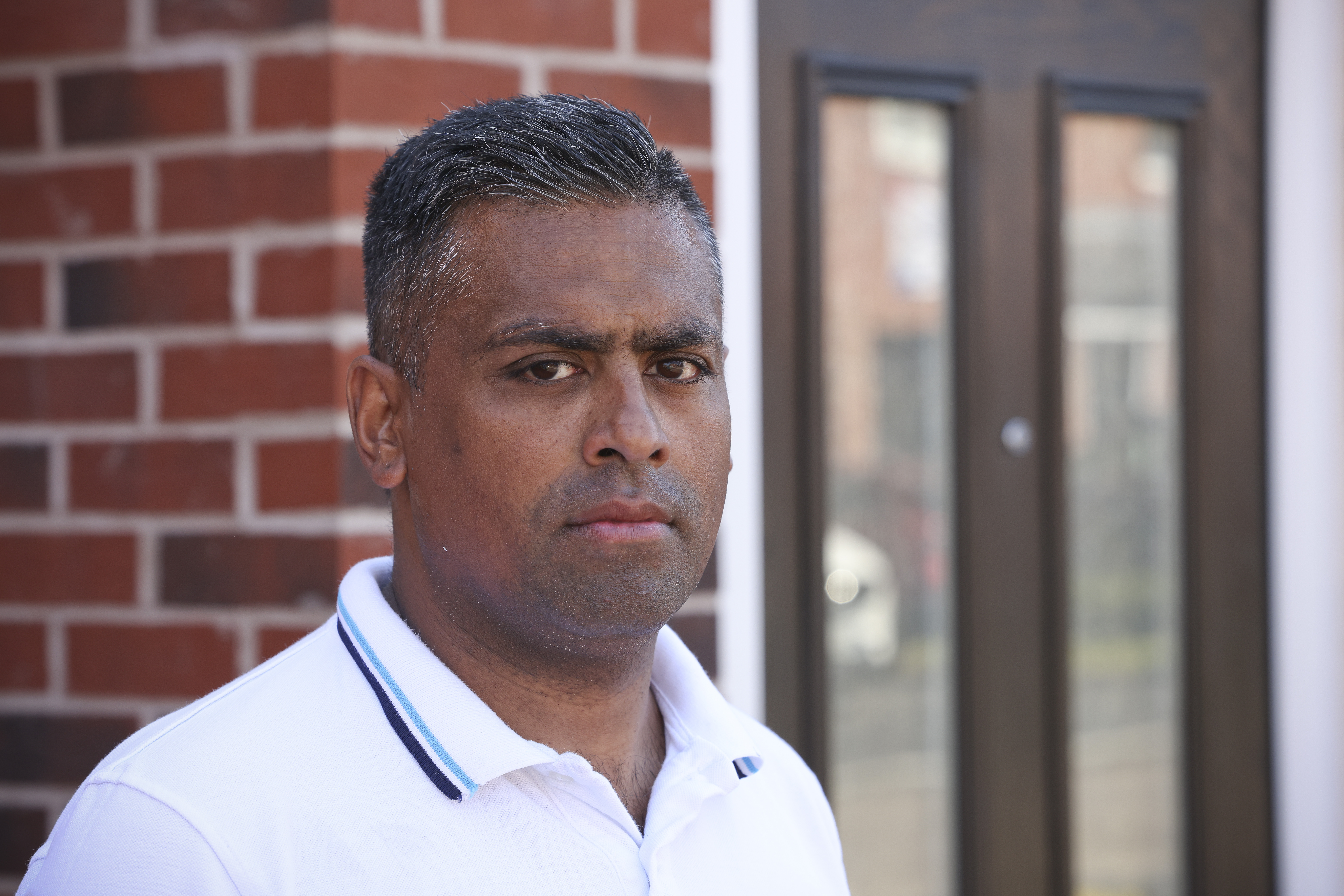 As soon as the couple, who live with their three-year-old son and six-year-old daughter, picked up the keys to the property in November, they said they noticed several big problems.

Mr Braich, who is soon to start a new role within the NHS, said: "Our patio windows, they were scratched to hell.

"I don't know how people can sign off a house when the windows were marked so badly."

He also claimed the brickwork was of a "very, very poor standard" and their front door "does not even open or close properly".

"Our handrail is actually dangerous because we have had someone actually check it," he added.

"It's not been fitted correctly, it's not aligned. It's got a sharp [edge], when the kids are going up and down it's extremely dangerous."

The flooring also desperately needs replacing as "half of it is hanging off and not even glued down properly", Mr Braich said.

He explained they had paid extra to use flooring contractors recommended by Persimmon "as opposed to your man in Nottingham or Bulwell or whatever" for "convenience".

But Mr Braich, who has a rare condition known as celiac artery compression syndrome, said the whole ordeal has caused him added anxiety and frustration.

I don't know how people can sign off a house when the windows were marked so badly.

He said: "People need to be a little bit more knowledgeable. They build these houses over such a short timescale, they do not care about the standards at all.

"We are just a number, we are just plot number 32. Once they are there they just let you go.

"It's a nice neighbourhood, the school is fantastic, my children go.

"It's just these kind of things, which, from my point of view, are unacceptable.

"Had the communication been better we could be a bit more understanding and show a bit more empathy. I do not think we have had any empathy."

Mr Braich said all the issues have been reported to Persimmon.

A spokeswoman for Persimmon Homes Nottingham said: "We are very sorry to hear about Mr Braich’s concerns as we always strive to deliver a high standard of customer care.

"Mr Braich has already been contacted to arrange appointments for outstanding work to be completed.

"We remain committed to addressing the customer’s concerns in a timely manner."