They lost their home in the Northern California wildfires in 2017. Now, the Stauer family’s new home is being threatened by the Kincade fire and the family is once again forced to evacuate and bracing themselves for more loss.

“When we left the last time … we had five minutes,” said Nick Stauer. “Power’s out, people knock on the door, we got ash hanging down. I’ve got to wake up two teenagers. … I yell [at] them and of course they don’t wake up because it’s 2:30 in the morning. I yell at them again, they both get out of bed, grab one thing that’s important,” he recalled.

Their current home is brand new. It’s in the same neighborhood as their previous home and they only moved in three months ago.

Nick said he’ll never forget the moment he walked up to his previous house and found only a chimney and foundation left of his home. This time around, though, the family is more prepared.

“I feel safer. I feel they gave us so much warning. I feel that everybody really took what happened not only in 2017 but what happened in Paradise in 2018,” said Stephanie Stauer.

“I felt that they took those learnings and were able to implement them and give us time to get out in a less harried less frantic way so that I could take out what was most meaningful,” she said.

“I hate to say it, we’re experienced. You shouldn’t be experienced in something like this. But we are and we’ll take what we’ve learned and even next time around, there’s things that we learned from this time that’ll be better. … We’re veterans now,” said Nick. 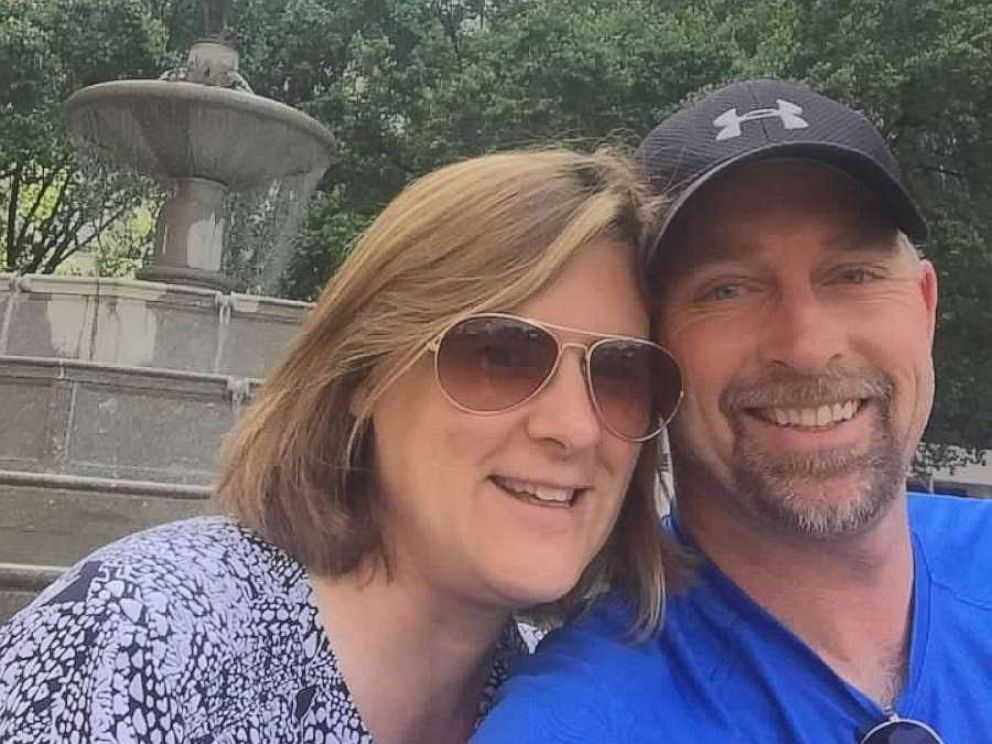 The couple and their family members have been staying at a KOA campground in Petaluma. There are seven people in all, including their two children — a son and daughter — and Stephanie’s brother-in-law, niece and nephew who evacuated from another area.

There are also pets — two cats and two dogs in two cars.

They had to go back to the home they fled to get more supplies. They needed blankets, more dog supplies, water and more food. There are a lot of mouths to feed and food is running out at local area fast-food restaurants.

The Stauers stand to lose many valuable possessions if their home burns down. They have new furniture in the front room, a new bed, new TVs and more.

Nick says they learned a lot of lessons and told their friends to video and record their house and store the footage in the cloud for insurance.

Still, losing their home last year and the possibility of losing a second one is taking a toll.

“We are both Sonoma County natives,” said Stephanie. “We were born and raised in Petaluma, and this is the first time as this event is unfolding that we’ve seriously had the conversation of it might be time to really reconsider leaving here,” she said.

Despite losing precious family items, including a hand-carved desk made by her great-grandfather, her grandma’s bible and more family heirlooms, the Stauers remain focused and hopeful.

“I’m a glass half-full kind of guy. I don’t live in fear. This is going to happen. We know what we have to do. Let’s get out, we’ll take what’s important, I have my family. I have my wife,” said Nick.

Stephanie also commented on the family’s resiliency. “Our motto has always been Stauers bend, we don’t break. And we have bent a lot in our 24 years. We have been through a lot of medical issues and natural disasters, but that has been our motto and it continues to be,” she said.