I wanna hold your hand! Royal fans dismiss claims that Meghan Markle made another faux pas by trying to take Prince Harry’s hand at ceremony

Critics have slammed the Duchess of Sussex for attempting to hold her husband’s hand at a ceremony.

But fans have defended Meghan Markle after she tried to touch Prince Harry at the Young Leaders Reception at Buckingham Palace.

Etiquette experts condemned the 36-year-old’s affectionate gesture, which was captured in footage of the ceremony.

They say the Windsors think it inappropriate to show affection in public, Mirror Online reports.

Harry, 33, can be seen drawing his arms toward his body’s centre as the couple walk on as though the incident hadn’t occurred. 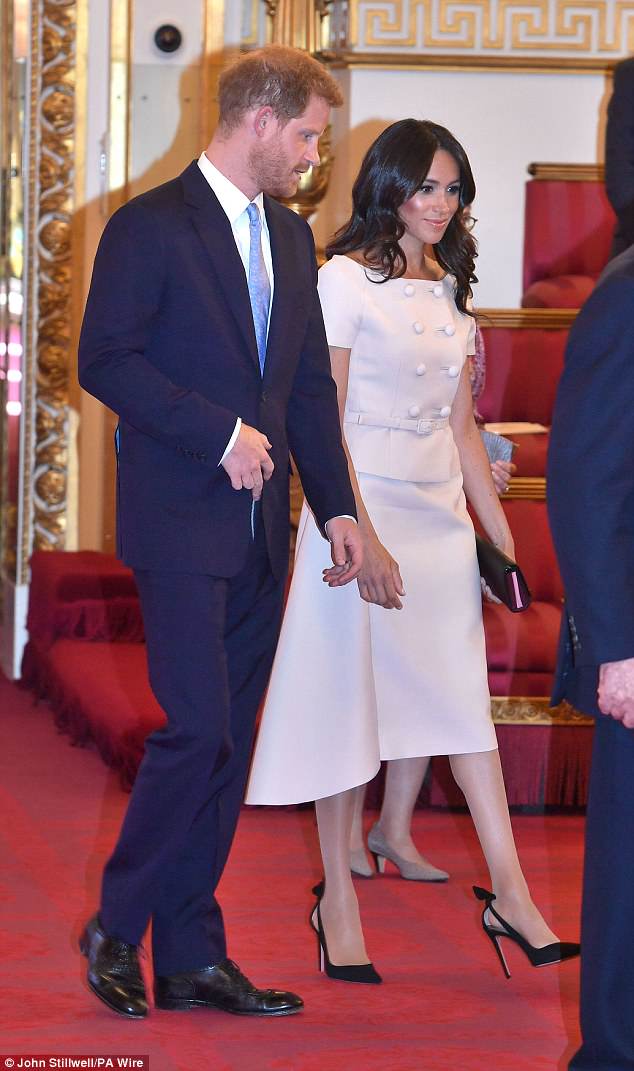 Although there is no recorded rule that the married couple can’t hold hands or touch in public, body language guru Robin Kermode said Meghan’s move went against Royal orthodoxy.

‘The Queen rarely holds hands with her husband in public and this seems to have set an unwritten precedent for the other royals,’ he said. ‘It is very clear that William and Kate are emotionally close, however, they do not seem to feel the need to prove their love — particularly when on official state business.’

But others defended the former Suits actress online, with one Instagram user writing: ‘Leave the girl alone.’

One man said ‘she isn’t trying to hold his hand’ while another asked: ‘Why can’t they just hold hands?’ 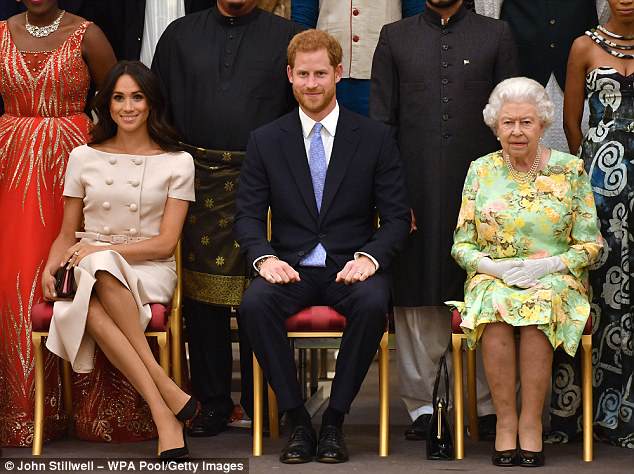 The American was accused of disrespecting the Queen because she crossed her legs at the same event.

Protocol prohibits female Royals from crossing legs during public events, but they are permitted to cross legs at the ankle and set them to one side, a move known as the Duchess Slant.