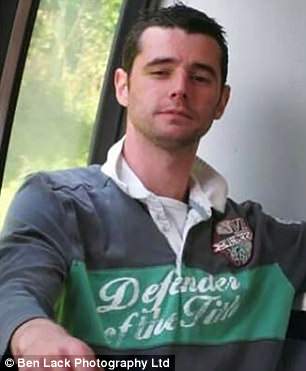 Alexander Forman, pictured, drowned in pig muck after entering a slurry tank to remove a blockage on his family’s farm

Two farm workers drowned in pig muck after entering a slurry tank to remove a blockage, an inquest has found.

Alexander Forman, 32, and Richard Pooley, 36, collapsed and fell into the liquid after being overcome by fumes.

The pair had been working on Newlands Farm in Holderness, East Yorkshire, in December 2015.

Dr Richard Shepherd told Hull Coroner’s Court that the men inhaled the pig manure, but would have been unconscious due to the toxic fumes from the waste.

Mr Forman’s partner Lucy Hartlebury-Forman told the inquest into the tragedy how she was asked to go to the farm on December 14, 2015.

She said: ‘I thought it was an elaborate proposal plot, then I saw Susan [his mum]. She was in floods of tears.’

Ms Hartlebury-Forman said her partner was a hardworking family man, and described him as a ‘doting dad’ to their 10-month-old son Felix.

Mr Pooley’s partner, Amanda Pooley said she had called him just a few hours before the tragedy.

She used the loudspeaker on her phone to enable their three-year-old son Josh, to talk with his father.

He relished being a father, and was ‘a very good one’, she added.

Mr Pooley said: ‘In fact, he was amazing. He was a very hardworking man. He never stopped.’

She said her husband worked 12-hour days, rising at 4.30am, to provide for his family, and is convinced he had not been aware of the risks associated with entering a slurry pit.

She said: ‘Richard would never have put himself in that position because of his son and me.’ 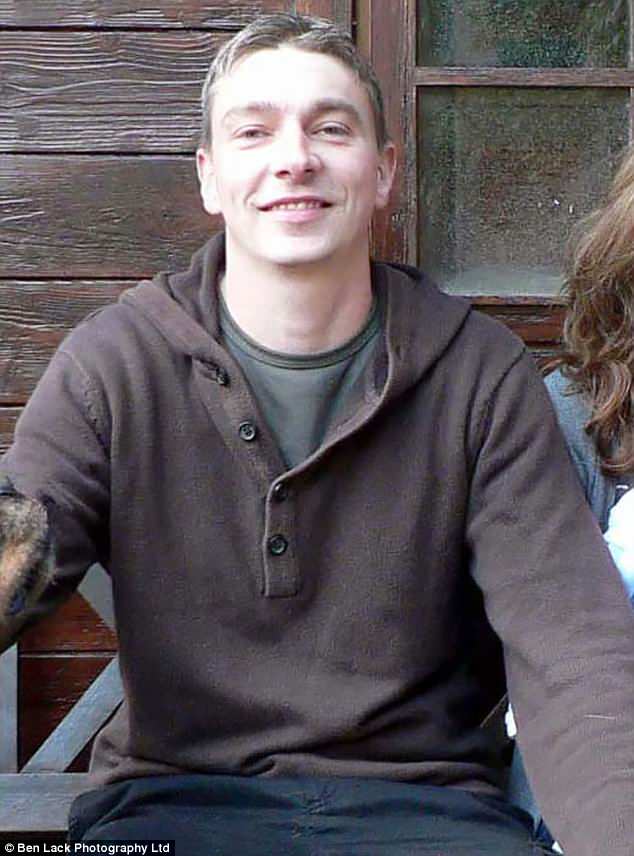 Richard Pooley, also died in the accident. Gases including methane, carbon dioxide, ammonia and hydrogen sulphide are produced by bacteria during the decomposition of slurry which caused the two men to fall unconscious

At the time of the tragedy, the farm was run by Mr Forman and his parents, Robert and Susan.

Mr Forman senior said it was a ‘standing instruction’ that no one should enter the pit under ‘any circumstances’.

He said any blockage could be cleared remotely using rods or through jet washing.

According to Mr Forman’s father, it is a legal requirement for pigs to be given ‘toys’, and that they have a tendency to chew these toys ‘to bits’ leading to blockages from plastic build-up.

Farm worker Paul Loftus, who discovered their bodies, said that earlier during the day he had entered the pit to try to clear the blockage with a hook in just his overalls and his Wellington boots.

Mr Loftus claimed he had never been told about the dangers of slurry tanks.

Slurry is a mixture of manure and water and is used by farmers as a fertiliser for their crops.

Gases including methane, carbon dioxide, ammonia and hydrogen sulphide are produced by bacteria during the decomposition of slurry. Some of these gases are poisonous as well as being flammable.

Slurry gas is heavier than air and during mixing will settle in a cloud over the top of the slurry. Bending down into the gas cloud for even a moment can cause unconsciousness.

After only a few breaths, the affected party could collapse and die as the gas rapidly displaces air from the lungs and affects the nervous system.

A jury returned a verdict of accidental death on both men.

The foreman told the inquest: ‘At some time between 14.20 and 14.30 on December 14, 2015, at Newlands Farm, Newland Road, Sunk Island, Alexander Forman entered the slurry pit and died from inhalation of slurry.’

The same conclusion was given in respect of Richard Pooley. 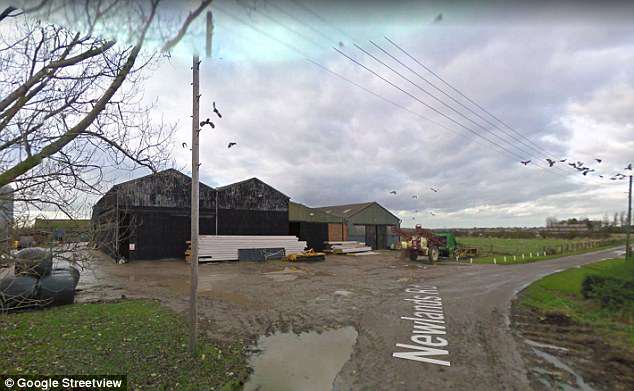 The pair had been working on Newlands Farm (pictured) in Holderness, East Yorkshire, in December 2015