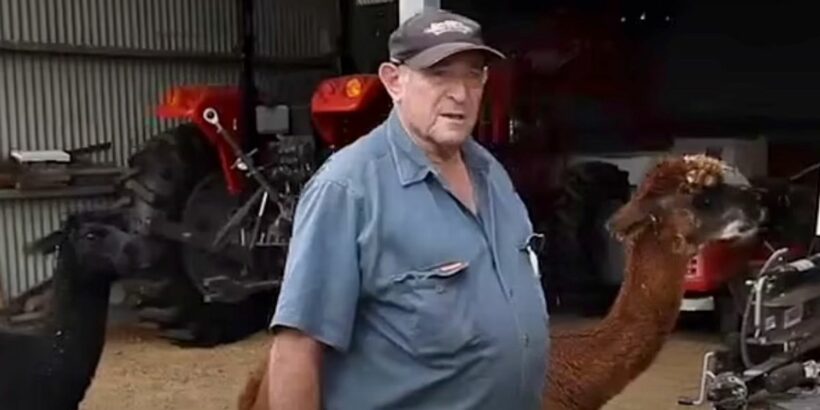 A pensioner who was tragically beaten to death by his pet kangaroo has been named as alpaca farmer Peter Eades.

Eades, 77, was found by a family member after the wild animal launched an attack on him at his home in Albany, Australia.

The kangaroo, who had been raised by Eades since it was a baby, blocked emergency services from entering the property on Sunday.

Police then rushed to the scene and shot the raging kangaroo dead due to it "posing an ongoing threat to emergency responders".

Animal lover Eades is said to have opened both the alpaca stud and an animal cemetery after his favourite alpaca Claudia passed away in 2002.

Eades had also mentioned that he would like to be buried next to Claudia and had already made a hole beside her grave.

A WA police spokesperson commented: "The kangaroo was posing an ongoing threat to emergency responders and the attending officers were required to euthanize the kangaroo by firearm.

"It is believed the man had been attacked by the kangaroo earlier in the day."

He is the first person to have been killed by a kangaroo in more than 85 years, reports The Sun.

William Cruickshank, 38, endured a broken jaw and severe head injuries after he came face to face with the animal in 1936.

He sadly succumbed to his injuries and passed away in hospital in New South Wales months after the attack.