Farmer is jailed for four-and-a-half years after volunteer, 20, was killed when her hair was caught in machine in accident which could have been prevented by £75 safety device 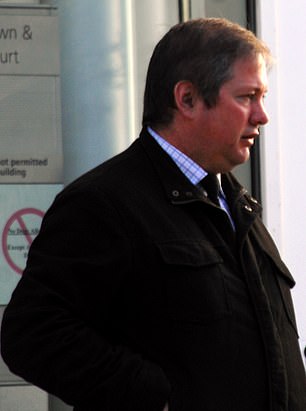 A farmer has been jailed after a young woman died on his land in a tragedy which could have been prevented if he spent £75 on a simple health and safety device.

Neil Carpenter, 45, was sentenced to four and a half years in prison after he oversaw ‘appalling’ safety standards at Springfield Farm in Devon.

Lauren Scott, 20, was killed when she became entangled by her hair in a ‘dangerous’ 540rpm power 1940s take off shaft at the back of a tractor.

A plastic sleeve which should have covered the spinning PTO was dented and exposed the shaft – and would have cost just £75 to replace, the trial heard.

The jury was told the milling machine it powered was also ‘antiquated and dangerous.’

Carpenter, of Dawlish, Devon, said he was working in the stables when Lauren activated the PTO and tractor without his permission.

But when police examined Lauren’s phone they found crucial footage which showed Carpenter sat in the tractor probably operating the mill, shortly before she died.

The prosecution in his trial at Exeter Crown Court said it was proof Carpenter used the mill that day and was criminally responsible for her death.

Miss Scott, a ‘kind and caring’ animal lover died after suffering multiple injuries from a farm machinery accident in Dawlish

He was found guilty of her manslaughter by gross negligence by the jury on Monday and returned to court on Tuesday for sentence.

He said Carpenter had ‘panicked’ and told the emergency services a false version of events which he was stuck with at trial.

‘I’m sure Mr Carpenter couldn’t bring himself to acknowledge his role in what happened out of panic,’ he said.

‘He was happy to farm using old machinery and this created a wholly avoidable risk of death. But he didn’t process that risk.

‘No sentence which I can pass will reflect the loss suffered and will continue to suffer by Lauren Scott’s family.’

He paid tribute to the ‘quiet dignity’ of Lauren’s family and hoped the trial would remind everyone of the dangers of inadequate safety on farms.

Lauren, who lived in Kenton, Devon, died from multiple injuries on March 4, 2017.

She was described as a bright and sensible young woman who loved animals. She worked at Pets Corner in Powderham Castle and for five years at Newton Abbot racecourse as a horse catcher.

Lauren would regularly travel from her home to help Carpenter with his pigs, cows and chickens. She died when she was caught by her hair and clothes in the PTO shaft. The effect was ‘instantaneous and catastrophic’.

The plastic sleeve, which should have covered the PTO, was broken and left the knuckles of the shaft exposed.

The issue at the trial was whether Lauren had used the PTO, which connected the tractor to the milling machine, with Carpenter’s knowledge.

The large metal milling machine, which was made before World War One, was on its side close by.

He called 999 at 1.17pm and the air ambulance, police and fire engines arrived soon after. Lauren died of multiple injuries at the scene.

Carpenter said he had no knowledge the milling machine was being used by Lauren. He did not even think it was working at the time. But a small amount of barley had been bruised for cattle just before Lauren died.

When police examined her phone they found a video taken by Lauren 28 minutes before she died showed Carpenter in the background using the tractor.

He told the jury he still had no memory of using the tractor that day and could not explain the video or the sound of engine noise in the background.

The judge said Carpenter must have operated the milling machine and PTO that day and enlisted Lauren to help him.

When an health and safety officer visited Springfield Farm he found standards were ‘lamentable’ and placed prohibition notices on 11 items of machinery.

Carpenter bought the 10-acre plot in 2001 but had struggled to make it work financially. 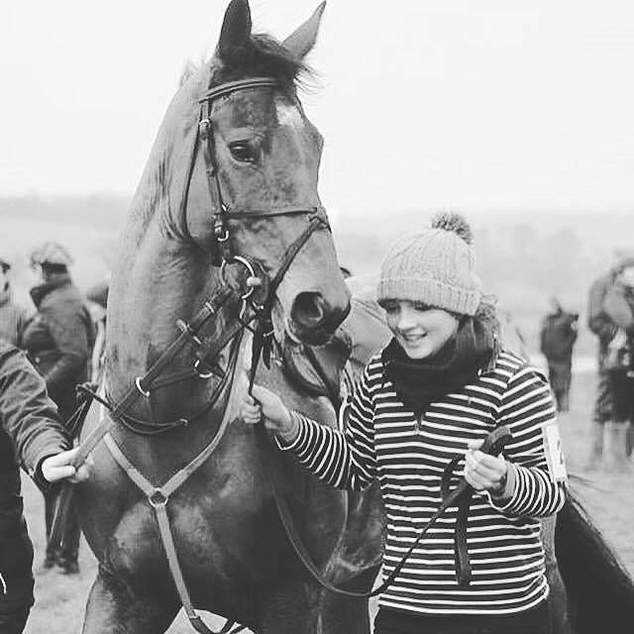 Lauren was called ‘beautiful, amazing and intelligent’ by her mother in a court before Mr Carpenter was jailed

Prosecutor Mr David Sapiecha said Carpenter’s ‘cost-cutting’ and failure to invest in the simplest safety measures was to blame.

It was not alleged that Carpenter intended to kill Lauren but that he failed to ensure her safety. The judge did not agree he was motivated by saving money.

Carpenter admitted two breaches of the Health and Safety at Work Act 1974 by failing to protect Lauren from risks.

Ben Compton QC, mitigating, said Carpenter had run his business with his heart rather than his head.

‘One can’t imagine what he went through at that scene,’ said Mr Compton. He is a man of previous good character who had done a lot of work for charity.

‘There are no victors in a case like this,’ said Mr Compton.

‘He has been broken by this experience. He was in a dark place for a very long period of time.’

Lauren’s family said her death was the result of a ‘careless disregard for the simplest of safety measures’.

Speaking after the verdict Ben Scott, Lauren’s brother, said her death could have been prevented if Carpenter had spent £75 on a new plastic sleeve for the PTO shaft.

Mr Scott said in the statement that workers and volunteers like Lauren, ‘shouldn’t expect anything less than the highest regard for your welfare’.

He added that the actions of Carpenter had deprived the family of a loving daughter and sister who should have led a ‘long and prosperous life’.

Mum Nicola Scott-Hooper said in a statement read in court: ‘Lauren, although you won’t be able to share the future with your family your spirit and memory is with us every day and will be forever more.

‘Our lives will never be the same. When Lauren died a part of me died.

‘I was and always will be privileged to be her mother. In grief I mourn for the precious loss of my beautiful, amazing and intelligent Lauren.’

Detective Inspector Steve Davies, of the Major Crime Investigation Team, said Carpenter had tried to evade responsibility by lying to police about what he was doing at the time Lauren was killed.

‘Ultimately he distanced himself from any responsibility for Lauren’s death.’

In a statement after sentencing he added: ‘Neil Carpenter ran his farm with a complete disrespect for safety and which ultimately cost the life of Lauren Scott. His basic approach to health and safety showed a flagrant disregard for regulations that are there to protect individuals working at farms from injury and death.

‘The police suspected that he had been using the mill and had asked Lauren to help him. My team carried out a detailed and thorough investigation with the key evidence being a video found on Lauren’s phone. 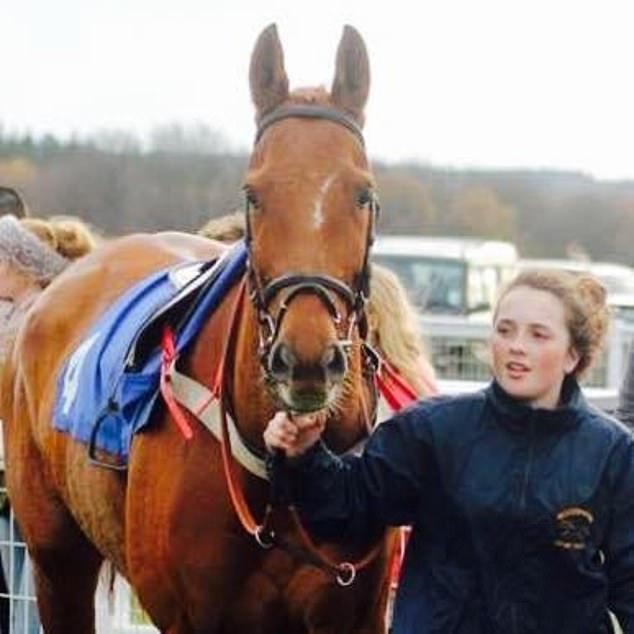 Lauren Scott, 20, volunteered to help with cattle, pigs and other animals on the farm in Devon

Ann Hampshire for the Crown Prosecution Service said: ‘Lauren was a volunteer at the farm.

‘The Prosecution argued that Mr Carpenter was not telling the truth about how often the mill was used, its working order and the series of events on the day.’

HSE inspector Simon Jones said: ‘At the centre of this trial was the grossly inadequate guarding of a Power Take Off (PTO) shaft’. It is now over 60 years since the law was introduced requiring guarding on PTOs. The guarding standards on a PTO are easily understood and haven’t changed in all of those 60 years.

‘It is inconceivable that a farmer such as Neil Carpenter would not know what those standards were and what the horrific consequences would have been if anyone became entangled on a PTO on his farm.

‘The guarding on this PTO was utterly appalling. Had it been properly guarded then Lauren Scott would not have been able to become entangled; such a guard would have cost as little as £75.’