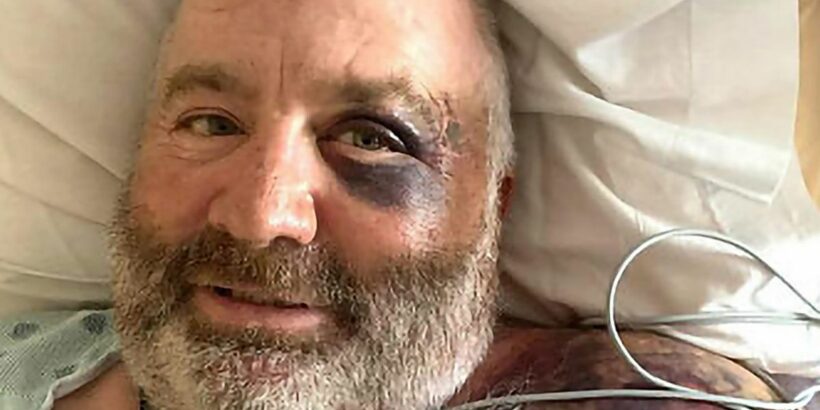 A farmer was pinned under a quad bike for two days after it rolled over in a crash – but survived by drinking beer and bottled water.

The US rancher, 53, suffered a dislocated shoulder and broken ribs when his ATV tipped over on top of him on Sunday, the Gillette News Record reports.

Frank Reynolds said: “It was scary as hell is what it was."

He had been rounding up livestock on a neighbour's pasture when the accident happened.

He was able to access water and Keystone Light from his cooler, until friends and family found him after a day's searching on Tuesday, the report said.

Speaking three days from hospital on Wednesday, he said he honked the ATV’s horn until the battery died but no one was in earshot in the remote area outside Gillette, Wyoming.

By the time help arrived, Reynolds was “pretty much out of it,” he told the paper.

“Everything on the left side pretty much hurt, from the top of my head to my toes.”

Reynolds is expected to stay in the hospital a few more days and eventually recover, the article said.

The Mail Online reports that late on Monday, his friends and family began to worry.

Eventually, they learned Frank had planned to do some work on the property while having no idea he was actually laying there injured.

A search began at around 2pm, and the rancher's family filed a missing person report with the sheriff's office three hours later, reported Cowboy State Daily.

Meanwhile, Frank, trapped in a dry creek bed, had been honking the ATV's horn so much he wore down the battery – to no avail.

He was able to ration a couple of bottles of water and Keystone Light beers from a cooler he had brought with him, Sheriff Scott Matheny said.