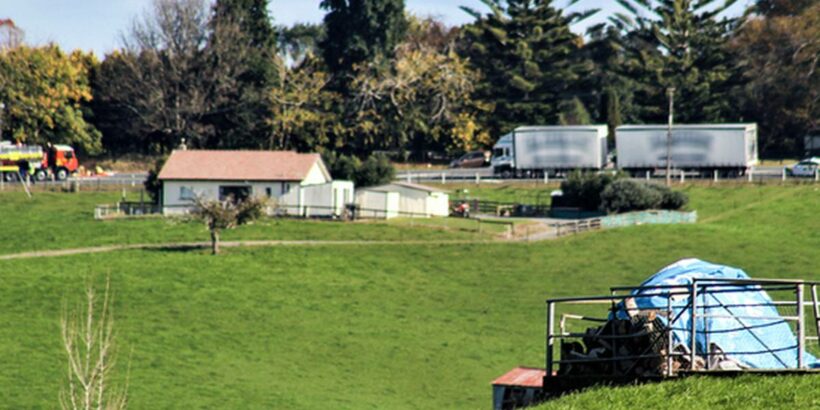 A truck driver has died in a fiery crash near Te Awamutu.

Police have confirmed the truck driver died after the truck and a car collided in Ohaupo Rd, State Highway 3, just before 1pm today.

A police spokesperson said the crash happened between Te Rahu Rd and Greenhill Dr, which is on the northern outskirts of the town.

Fire, police and St John Ambulance are at the scene.

Locals report traffic congestion in the area while one saw the rescue helicopter fly over earlier.

Large plumes of black smoke could be seen billowing from the scene as emergency services arrived.

Police are asking motorists to avoid the area if possible or expect delays.