‘Turns out people you think are your mates really aren’t’: Young father is found dead after posting tragic final message on Facebook 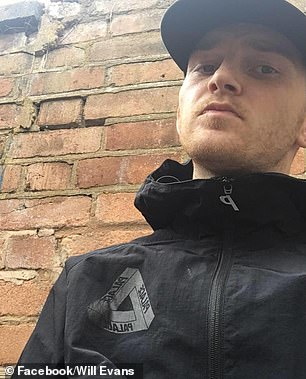 Will Evans posted ‘f*** this, I’m out’ to his Facebook page less than an hour before he was found dead in Malvern, Worcestershire

A young father was found dead after posting a heartbreaking final message to his Facebook page.

Will Evans posted ‘f*** this, I’m out’ to social media on Thursday afternoon – less than an hour before being found dead in Malvern, Worcestershire.

Earlier that day, the father-of-one also posted: ‘Turns out the people that you think are your mates really aren’t.’

West Midlands Ambulance Service confirmed an emergency call was made at 3.11pm with a male ‘declared dead at the scene.’

A spokesman said: ‘We were called to reports of a patient in cardiac arrest in Beauchamp Road.

‘We sent one ambulance, a paramedic officer, a basics doctor and an air ambulance from Strensham.’

On arrival, it was realised that ‘unfortunately, nothing could be done.’

Hundreds of tributes have since flooded Mr Evans’ Facebook page.

Stevie-May Corbett said: ‘Crnt (sic) get my head around it R.I.P will gone but not forgotten made lots of memories.’

Dozens of tributes have since been posted to Mr Evans’ Facebook page. Roxanne Wells said she was ‘heartbroken’ to hear the news

‘Will Evans, you were always such a happy lad, always had a huge smile on your face.

‘You have so many people who love you. So sad to think you were in such a horrible place, that you couldn’t speak to anyone.’

Fred Barber said: ‘Devastated to hear you’ve passed bro – always had a chat when we bumped into each other. 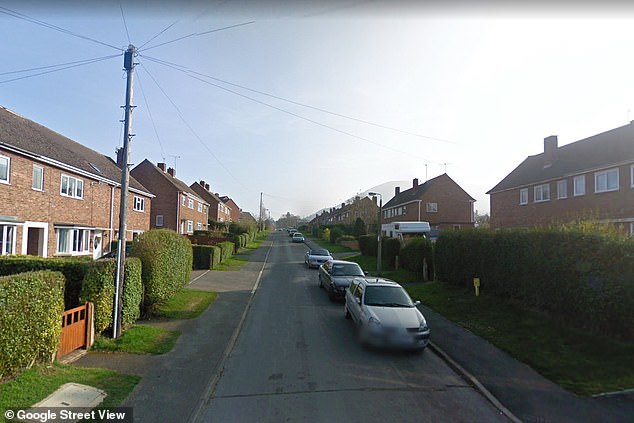 West Midlands Ambulance Service confirmed it was called to Beauchamp Road at 3.11pm with a man ‘declared dead at the scene’

‘Thinking deeply for all your family and friends. R.I.P Will x.’

April Smith said Mr Evans had ‘left a lot of holes in people’s hearts, but also a lot of memories for your loved ones to hold and cherish.’

Hannah Stimson said: ‘Will. I can’t believe I’ve read this news this evening. You were such a lovely person, sending my love to you and your family.’

The father-of-one, who was believed to be in his 20s, studied music technology at Kidderminster College before working in burger restaurant HANBAO.

• For confidential support in the UK, call the Samaritans on 116123 or visit a local branch. See www.samaritans.org for details.