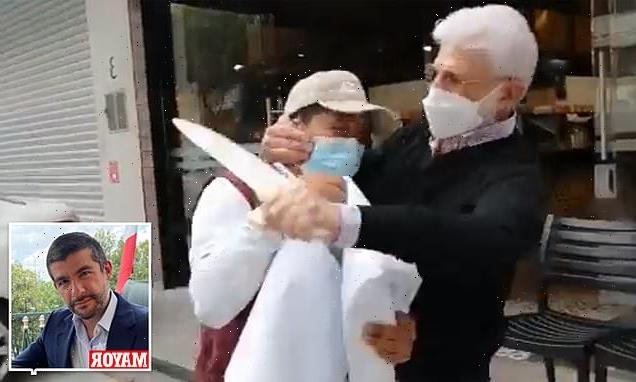 The father of a Mexican mayor threatened an inspector with a kitchen knife after their recently opened taco restaurant was shut down due to a building violation.

Cellphone video footage shows Daniel Tabe placing the Mexico City agent José Reyes in a chokehold and placed the knife near his neck in front of his Don Eraki taco shop Tuesday.

‘I’m going to stick it in you, you son of a b****. I am going to stab you,’ Tabe told a frightened Reyes in Spanish before he made a motion with the large silverware. 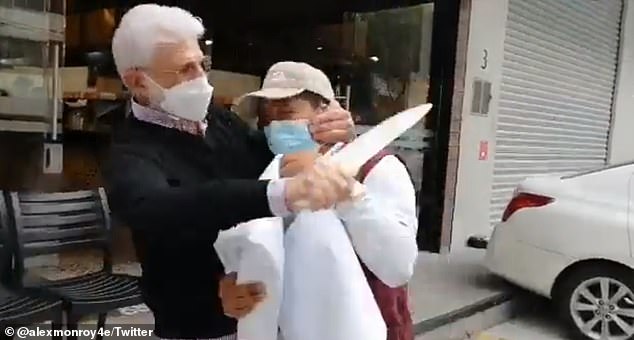 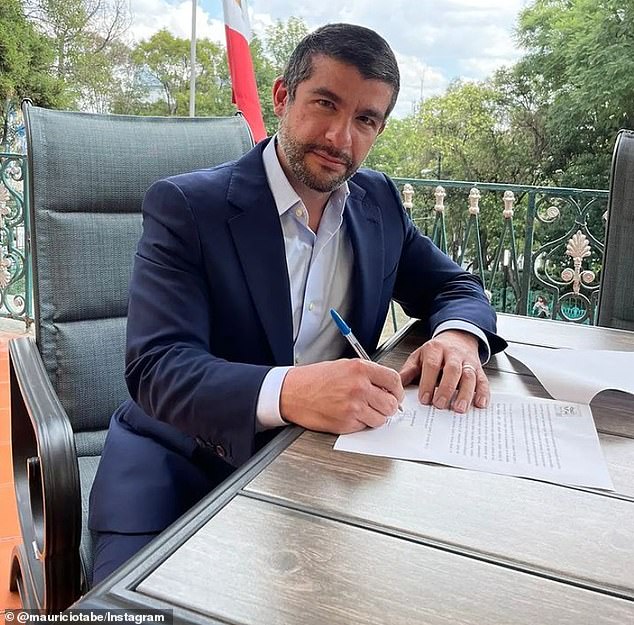 Mauricio Tabe, the mayor of the Mexico City town of Miguel Hidalgo, did not agree with his father’s behavior, but called the restaurant’s closure a political ploy

The taco shop in question is the fifth of the Don Eraki franchise that Tabe and his family opened August 18.

The business is located in Escandón, a neighborhood in the Mexico City town of Miguel Hidalgo, where his son Mauricio Tabe is the mayor.

However, the city shut it down because the restaurant was built on land that is only designated for the construction of 38 housing units.

El Pais newspaper reported that neighborhood resident Leiticia Magallanes previously filed a complaint with the city due to the illegal construction of the restaurant, which located next to a supermarket and a boxing gym. 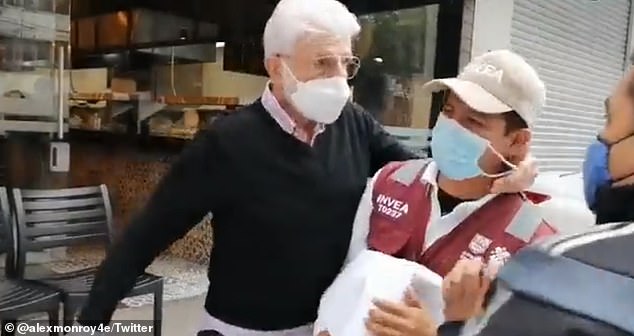 Daniel Tabe grabs Mexico City building inspector José Reyes by the neck moments after he was served with a notice to cease business operations at his taco restaurant in Escandón, a neighborhood in the Mexico City town of Miguel Hidalgo 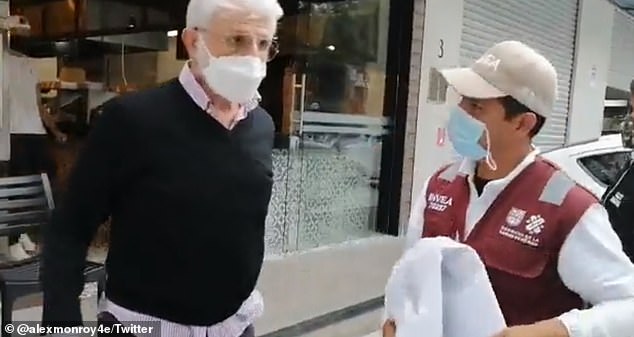 Although Daniel Tabe (left) was not taken into custody, José Reyes filed a police report over the incident.

Daniel Tabe took to social media following the incident and apologized to Reyes for his bizarre behavior.

‘I am very sorry for my conduct today. It was never my intention to hurt someone,’ he said. ‘I felt very angry that my business was closed down.’

While Tabe was not taken into custody at the time of the incident, Reyes filed a police report.

Mayor Mauricio Tabe released a video statement saying his father’s behavior was unacceptable, but that the restaurant closure a political ploy led by the ruling left-wing National Regeneration Movement party.

‘They lied that he has an illegal taco business and that I am part of it,’ he said. ‘They use the institutions to make their lies official. Their desperation has no bounds.’

According to Mexican newspaper La Jornada, public records show that the mayor along with his parents, his brother and another person who shares the family last name each own a 20 percent stake in the Don Eraki franchise.