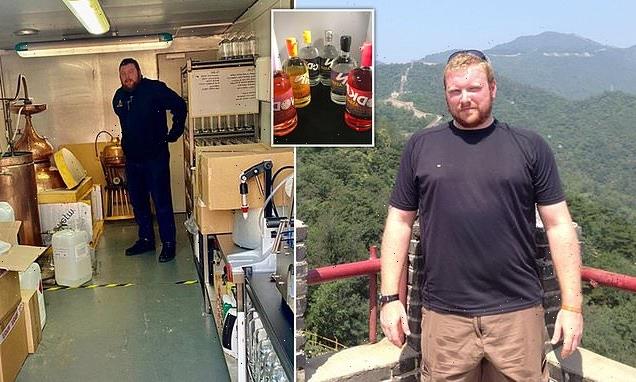 Father-of-three, 34, spent two weeks in coma after he caught fire in gin distillery accident and watched his palms ‘fall off’ in front of him

A father has revealed how he almost died when he was set alight in a freak accident at a gin distillery – but said he was saved by being overweight.

Paul Harrison, 34, spent two weeks in a coma with first and second degree burns after compressed alcohol at 85°C squirted out of a still before being ignited by propane.

He suffered serious scalding to his hands, arms, face and torso – but reckons being overweight helped him survive.

Paul had been working at Sheffield Distillery, housed in The Commercial pub in Chapeltown, Sheffield, when the horrific incident happened on May 26 last year.

Now, almost one year on from the accident which could have killed him, Mr Harrison has revealed how he is still recovering and why he has bravely returned to work as a distiller.

‘If I had been any slimmer too I probably wouldn’t be here so there was a benefit to being overweight.

‘I feel very lucky and there was a 55 per cent chance of survival and 45 per cent the other way because of the extent of my injuries.’ 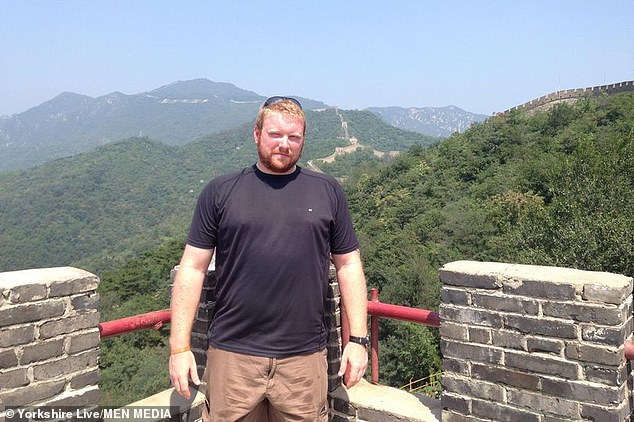 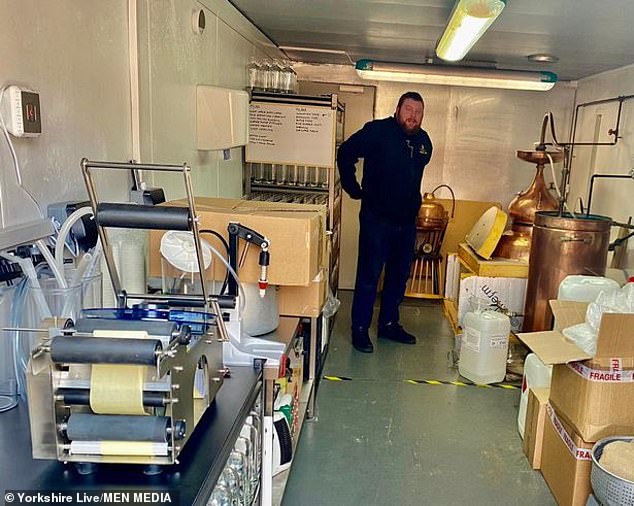 Mr Harrison, who lives with his wife Hannah and their children – including his youngest who had been born just weeks before the accident – was rushed to Sheffield’s Northern General Hospital before being transferred to Pinderfields Hospital in Wakefield.

Pinderfields has a specialist burns unit and Mr Harrison spent ten weeks there receiving treatment, which included spending ten days in a coma.

Recalling the moment he was engulfed in flames, Mr Harrison said: ‘The botanicals got blocked at the top of the still which created a pressure build-up.

‘Liquid doesn’t like being compressed so it squirted out at 85°C, which scalded me first, and then because we were using a propane burner that ignited it and the whole lot went up.

‘Now the little still is no longer in use. That is a decorative item now and we just use the big still which poses no risk whatsoever.’

Mr Harrison’s hands were badly damaged in the fire and he has had to undergo ‘webbing work’ after he lost the skin in between his fingers.

He said he watched his palms ‘fall off’ in the aftermath of the fire and described his initial time in hospital as like having an ‘out of body experience’ before he was put in a coma.

As the accident happened during the first lockdown, Mr Harrison was separated from his family while he was in a coma. 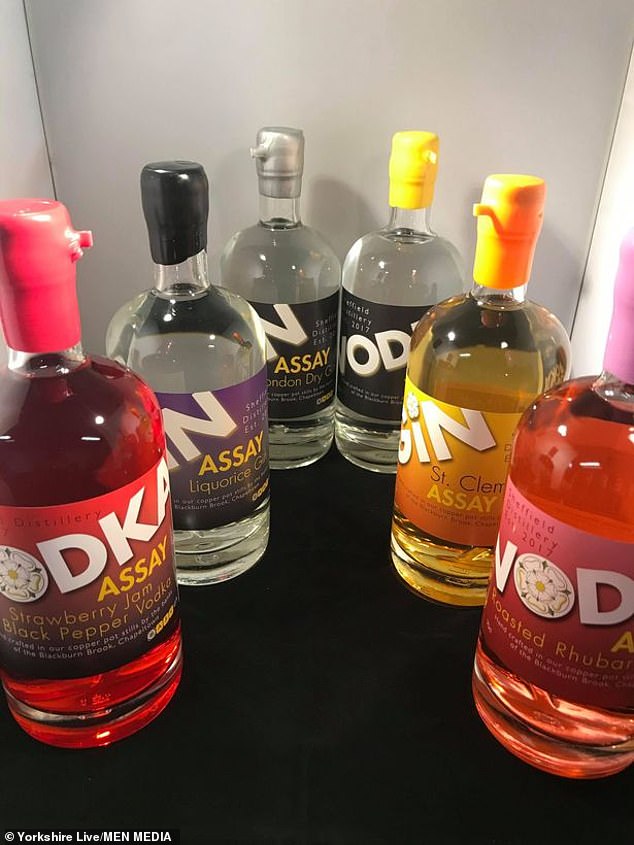 It happened at Sheffield Distillery, housed in The Commercial pub in Chapeltown, Sheffield

He did not see his eldest daughter for over six months and his wife had to ring the ICU for daily updates on his condition.

His scars could take another year to fully heal and he admits there is still a long road to recovery but he is hopeful for the future.

The Health and Safety Executive ruled that the fire was a ‘freak accident’ and after returning to work, initially in admin, Mr Harrison is now back in the distillery and is celebrating after the company’s vodka and gin won awards.

Mr Harrison said: ‘I’ve still got a lot of recovery and luckily because of furlough the pub has been able to keep me on that.

‘I’ve been doing admin since August but started working in the distillery again. Nobody rushed me to go back and I’m quite pragmatic about things.

‘I don’t get wound up or stressed about things I can’t change.

‘I know nowadays if I’ve done too much and if I’ve had a busy few days my body just says ‘no’ and I won’t get out of bed.

‘It’s more frustrating that I can’t do things like play the guitar or violin, or play rugby.

‘It’s going to take time and I don’t know what my recovery time will be. I just know that I couldn’t have asked for better care from the staff at Pinderfields.

‘From the doctors and nurses to housekeeping staff and occupational therapists – they have all been exceptional and I wouldn’t be as far along as I am without their expertise.’