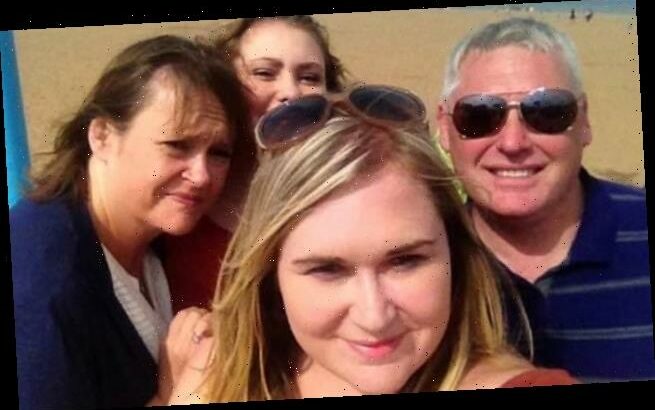 Father-of-two, 58, who was put in intensive care and told he would die of coronavirus survives after being given ‘life-saving’ arthritis drug tocilizumab

A father-of-two has survived coronavirus after being given the ‘life-saving’ arthritis drug tocilizumab.

Carl Leedham was put into intensive care at Chesterfield Royal Hospital and told he was dying on Thursday, February 11.

But just two days later the 58-year-old was discharged from hospital and is now home with his wife and two daughters.

His wife Julie is convinced he would have died had he not been given tocilizumab – also known as Actemra – as part of a drug trial. 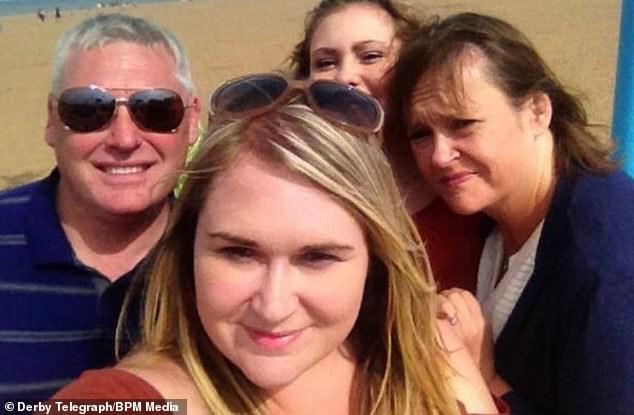 Carl Leedham (left) and his wife Julie (right), pictured with their daughters, Ami and Abby

Tocilizumab is used to treat adults with rheumatoid arthritis, as well as certain types of childhood arthritis.

It is typically marketed under the names of RoActemra in Europe and Actemra in the US, produced by the Swiss pharmaceutical firm Roche.

RoActemra was hailed as the first innovation in the field of treating rheumatoid arthritis (RA) for ten years when it was approved by the NHS in 2012.

In Covid patients it inhibits a specific part of the immune system which occurs when the body goes haywire and attacks itself.

It stops little molecules called interleukin 6 (IL-6) from latching on to their receptors.

Normally, when they bind to the receptors they cause it to die, which leads to significant damage.

In Covid patients this happens in the lungs and airways and leads to respiratory issues.

By getting in the way of this pathway the drug allows the body to retain its natural immune response equilibrium and improve a patient’s condition.

Doubts have been raised about the safety of tocilizumab, which has a long list of side effects including a cough, headaches or dizziness, high blood pressure, and stomach problems.

Tocilizumab has been shown to increase the risk of infections in patients with rheumatoid arthritis, including pneumonia and upper respiratory tract infections, according to Versus Arthritis.

Trials on patients with RA before approval were not designed to assess long-term efficacy and safety.

The Food and Drug Administration has received reports on 1,128 people who died after taking Actemra, according to a report by Stat News in 2017. It said the FDA declined to comment about Actemra.

On February 4, the couple’s youngest daughter, Abby, fell ill and when she tested positive the family immediately isolated themselves at their home in Whittington in Derbyshire.

A couple of days later, Mr Leedham also started to develop symptoms, including a high temperature, a headache and a cough.

By February 9 he was struggling for breath and could not eat or drink. The next day, after barely being able to get through a phone call with the NHS track and trace service, Mrs Leedham phoned 111.

An ambulance was sent out to take his oxygen readings, which came back at just 89 per cent output, and he was taken into Chesterfield Royal Hospital to be given oxygen.

Mrs Leedham said: ‘At this point we really weren’t all that concerned. We just thought they’d boost him up for a day or two and that’d be it.’

But on February 11, doctors told Mr Leedham Covid-19 had caused pneumonia in his lungs and it was killing him.

Mrs Leedham said: ‘The nurses kept saying that they couldn’t explain it, my husband had been extremely unlucky.

‘They said that some people Carl’s age get Covid and just need a bit of oxygen, then they’re fine. But really it’s just a lottery.’

With his condition rapidly worsening, doctors decided that he met the criteria to qualify for the RECOVERY Trials.

Mr Leedham was to be treated with tocilizumab, normally used for rheumatoid arthritis, which research recently found to be effective in treating Covid-19 when combined with the steroid dexamethasone.

It was thought to reduce the need for patients to be put on a mechanical ventilator and Mr Leedham was instead put on a machine to receive the drugs, complete with a mask to restore oxygen in his lungs by blowing it into his mouth.

Mr Leedham said: ‘Very cold oxygen is being forced into your lungs constantly. It’s like being on a hill with wind blowing a gale straight towards you, you feel like you can’t get your breath.

‘There was no chance of getting any sleep, just because of the sheer pressure that this oxygen has.’

Mrs Leedham was unable to visit her husband in hospital. She said: ‘I felt pretty useless and hopeless, I just wanted to go and see him for myself.

‘My mind was going a million miles an hour, when he left the house that day it could have been the last time I saw him.

‘To think that I wouldn’t have been able to say goodbye or hold his hand, it’s so so scary.’

On February 13, just two days after being told he was dying, he was moved out of the high dependency unit and onto a normal Covid-19 ward.

Over the next few days, he became less and less dependant on oxygen and began eating and drinking more regularly.

On Tuesday, February 16, he left hospital and returned home. Mrs Leedham said: ‘To think where he was last week, being told that he was dying, compared to how he is now sitting at home, it’s a miracle really.’

Mr Leedham said: ‘The scariest part is there’s no way of knowing what would have happened without this drug, or if I’d have got Covid last year before they were using it.’ 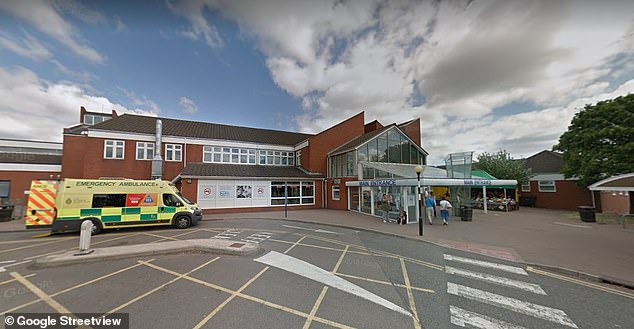 But just two days after being told he could die Mr Leedham was discharged from hospital and he is now home with his wife and two daughters. Pictured, Chesterfield Royal Hospital

Mrs Leedham said: ‘I know what would have happened, you wouldn’t be here.’

Mr Leedham, who works for a roofing manufacturer, said: ‘Your life is hanging in the balance and these doctors have to make decisions in a split second.

‘They have to decide in that moment whether to put you in for a treatment or to leave you. They did everything they could, they left nothing up to chance.’

Mrs Leedham, a school worker, said: ‘All we can say is a massive thank you, we really are just so grateful to everyone there.’

Since being used to treat Mr Leedham, tocilizumab has passed its trial and is set to be recommended for all Covid-19 patients who require oxygen.

A spokesperson for Chesterfield Royal Hospital said: ‘We are extremely proud to be an integral part of the national research programme into treatment for Covid-19.

‘Our Research Team at Chesterfield Royal Hospital has done some incredible work, recruiting many patients over the last year for these important RECOVERY trials, they have really made a difference as part of the national pandemic response.

‘We are pleased that for people like Carl – and other patients – tocilizumab has contributed to successful treatment. We look forward to continuing participation in other new research programmes that become available.’

Mr Leedham said the experience has taught him how quickly situations can change, adding: ‘It just proves what a fine line everything is, from thinking “I’ll leave it another day” to not having any more days.’