‘She would have loved hugging them, just as I do’: Father raises eight children on his own using the 15-point plan penned by his wife before she died of cancer

A single-dad raising eight children has revealed the secret to his success is a 15-point plan written by his wife before she died.

Ian Millthorpe, 56, was left struggling to cope after his wife Angie died in 2010 following a long battle with cancer.

But the former miner says he was able to come to terms with the burden of raising his enormous family after Angie compiled a list of parenting essentials for him just days before she died at the age of 48.

‘I can never replace Angie,’ Ian said, ‘I don’t want to – but I’m determined to do everything that I can to make her proud of our family. Luckily she has made it easier for me.’ 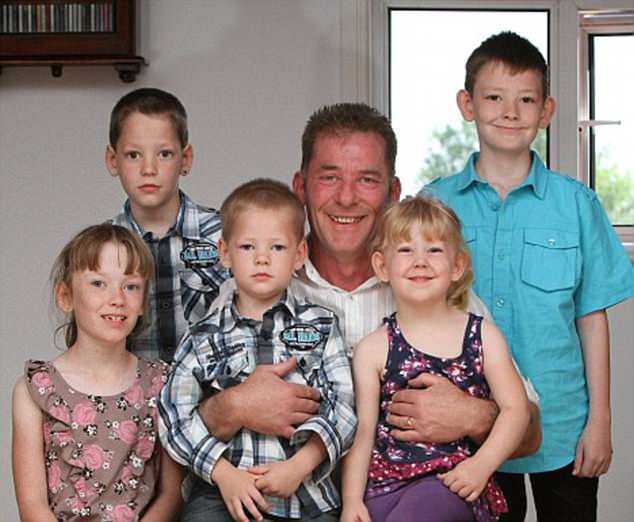 Among the 15-point plan are rules like ‘Only one hour a day on the computer,’ and, ‘don’t let them bite nails’ – but Ian says the guidelines have made it infinitely easier to raise his children.

‘I’m very fortunate. I have a bunch of hard-working, caring kids’ he added.

‘I’m really proud. My children talk about Angie every day, what their Mam used to do, what she used to say.’

Ian and Angie married in 1985 after falling in love at 14 when they met in the park in Grimethorpe, South Yorks.

The couple had three sons Ryan, 32, Damon, 29, and Reece, 27 before Angie developed cancer for the first time aged just 29.

But in 2008, non-smoker Angie, was diagnosed with incurable lung cancer – prompting her to write the list. 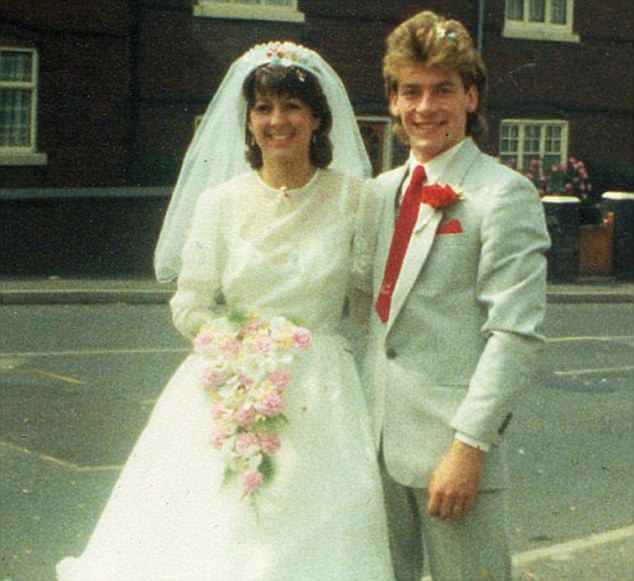 Ian and Angie Millthorpe dressed up on their wedding day in 1985 in Grimethorpe, Yorkshire 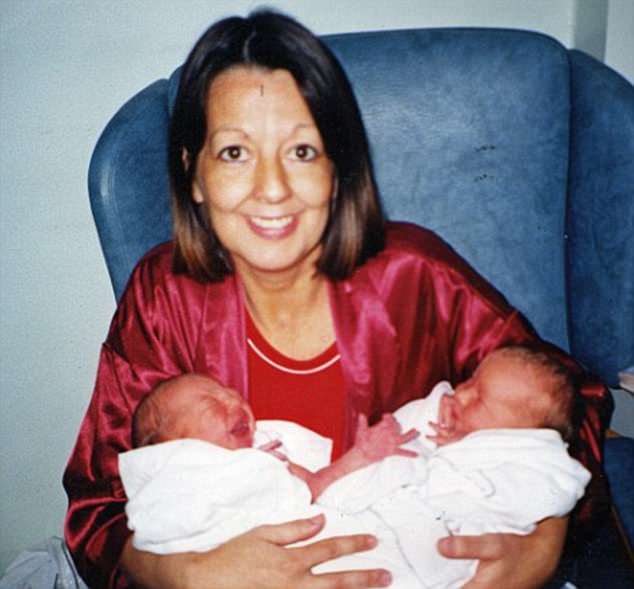 He added: ‘As I sat down a ­teacher said ‘Mr Millthorpe, you are in for a real treat’. Then Ella sang a solo number. I could see the parents turning to look at me. I was almost in tears and I kept looking up wishing Angie could see her too.’

According to Ian, the list has worked so well that the rules are being passed on to  his grandkids – Ryan’s son Issak, seven, Damon’s two sons Warren, 11, and Cohen, 17 weeks, and Reece’s son Jaxon, three, and daughter Willow, one.

‘I miss Angie every day but I really did feel her absence during the birth of our grandchildren. She’d have loved hugging them, just as I do,’ Ian said.

But the hands-on dad has his own health battles. Having survived a brain haemorrhage in 2004, Ian has chronic lung disease and has trouble breathing after over 20 years as a miner.

He said: ‘The hardest thing I’ve had to deal with is my health. I just want to do right by Angie and my kids. I don’t want to become a burden.’

He said: ‘We’re going to do our annual walk across Thornwick Bay at Flamborough Head, where we’ll pay a visit to Angie’s bench, lay flowers and share memories.

‘We used to lay in that spot as teenagers looking over the bay, so it’s a perfect way to keep her involved. When we used to do the walk with Angie, she’d cook a medium rare steak back at home, with chips, onion rings, mushrooms and a sliced tomato.

‘This year I’ll order that from a pub, where I’ll unwrap presents from the kids. My older sons get me Joop or Hugo Boss aftershave as a nod to Angie, as she’d always got me that from them.’