A father who raped his own daughter before she killed herself has been jailed for nine years thanks to evidence the brave teenager gave before her death.

James Elder held down and abused Jamie-Leigh Craig at his flat in Glasgow’s Parkhead in September 2016 and she was found dead three months later.

The 19-year-old later tearfully confessed to her mother what happened but the traumatised Miss Craig later took her own life at her home in the city’s Southside in December 2016.

But she had bravely spoken to police shortly after the rape – and her statement naming Elder as the attacker was read out at the High Court in Glasgow.

It led to the 43 year-old being convicted of the horrific sex attack after a trial last month. 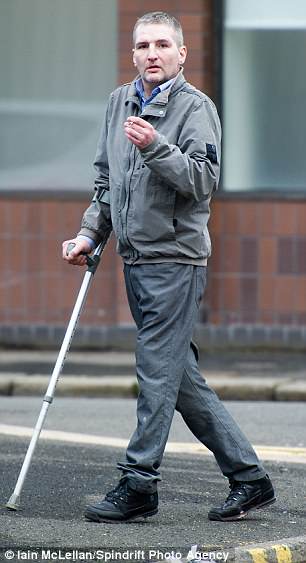 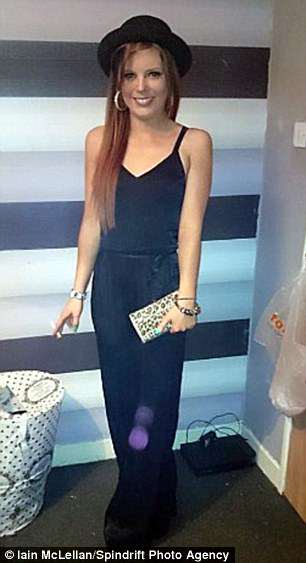 A judge was told today that Elder continues to deny the crime as he jailed him for nine years.

Lord Matthews said: ‘You have been convicted of the violent rape of your daughter. For a father to assault his daughter in this way is unthinkable.’

He further described the offence as ‘abhorrent’ and a ‘gross breach of trust’.

Elder will be supervised for a further two years on his release. He was placed on the sex offenders list indefinitely.

The teenager had ended up at his flat after walking out the family home following a row. 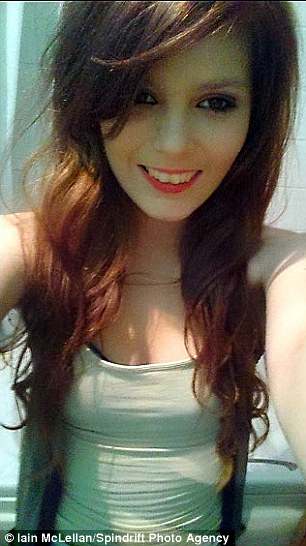 She was later reported missing. The girl eventually returned with two police officers.

Describing her at that time, her mother Liz Craig told the court: ‘It was not the daughter I knew. She was hysterical.

‘She was just confused, irritable…just all over the place.’

The mum said her daughter went on to blurt out that Elder ‘raped’ her.

The woman told the jury: ‘She kneeled beside me and started crying.

‘She put her head onto my lap. I just grabbed her. I put my arms around her and gave her a cuddle.

Jurors had been told at the start of the trial that the girl took her own life in late December 2016.

Callous Elder wept and dabbed his eyes with a handkerchief when the grim information was read out.

The victim spoke to police the day after the rape.

The trial was read her harrowing account by one of the officers who met with her.

Miss Craig recalled being at Elder’s home that night and claimed three further men were also there.

She told police the attack happened after one of the other individuals tried to kiss her before Elder struck.

She stated: ‘I was being held down by my arms and he was having sex with me.’

The attack was said to have lasted 10 minutes, but ‘seemed like forever’.

She recalled at one point ‘slapping’ out in a bid to get away.

She added to police: ‘I remember feeling disgusting.’

The trial heard the teenager had initially ended up in hospital shortly after the rape when her mum caught her swallowing tablets.

Her mum often became emotional during her own testimony.

Asked was she fine to continue, the defiant witness replied: ‘I am never going to be alright, but carry on.

‘I just want to get justice. I am my daughter’s voice now.

‘You will never understand until you lose a child.’

Weeks after the attack, Elder told a visitor to his home that he felt ‘guilty’ about having sex with the teenager.

He had also apparently written a letter claiming she had been ‘coming on to him’ and they slept together twice.

Jamie-Leigh’s family spoke out after the trial last month insisting Elder should have been charged with murder.

Her mum Liz said at the time: ‘He’s got blood on his hands.’

She added: ‘The last thing I said to Jamie Leigh as I was standing by her coffin was: ‘I’ll get justice for you’.’