ON his rocker! Father-of-four, 37, has to be rescued by firefighters after getting trapped in child’s playground toy for 30 minutes when he tried to demonstrate it to his young daughter

This is the hilarious moment a father-of-four has to be rescued by firefighters after getting stuck in a children’s playground toy.

Paul Clark, 37, got on the spring rocker to demonstrate it to his young daughter but he soon got stuck.

The man, from Nottingham, East Midlands, was unable to move for over thirty minutes. 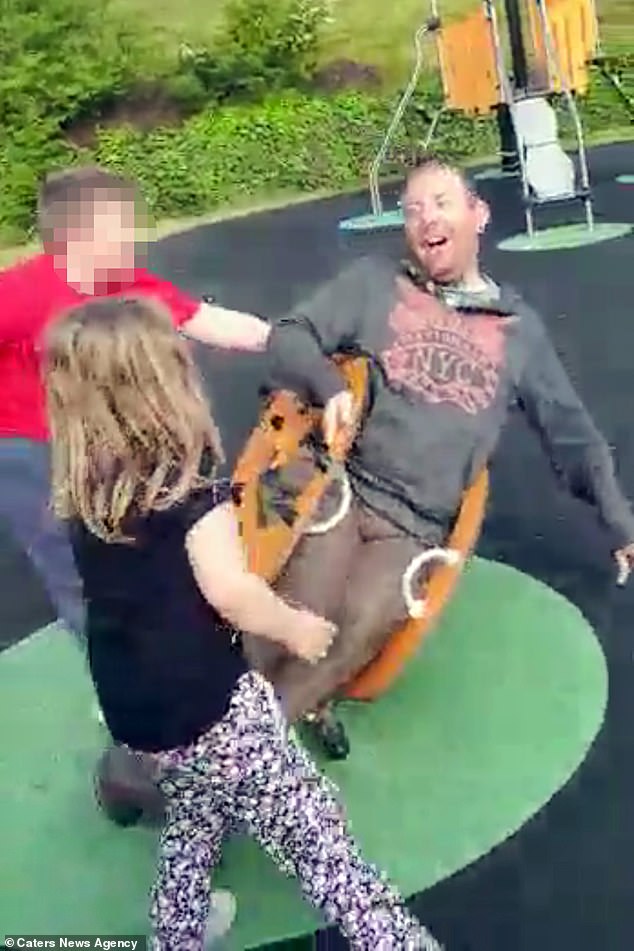 Paul Clark, 37, got stuck on the rocker after his daughter asked him to show her how it worked 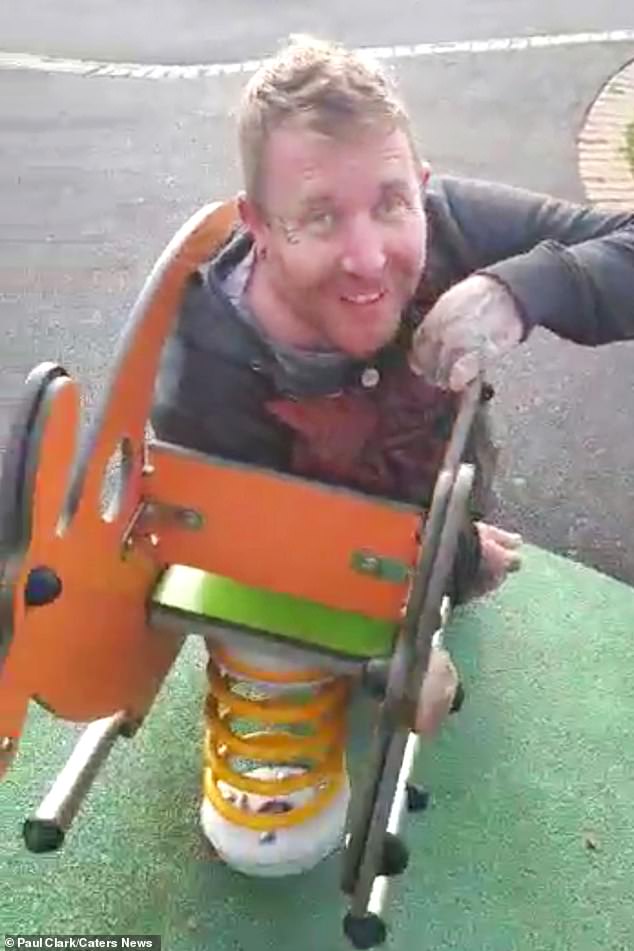 A hilarious video shot by his trainee photographer’s young daughter shows the full incident as the man tries to rattle around but without success.

‘It was actually quite scary,’ Mr Clark said.

‘It was quite embarrassing.’ 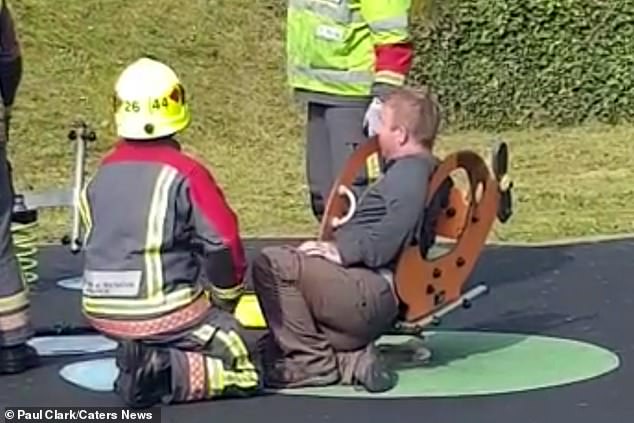 ‘Some people think I was wasting the rescue team’s time but if I hadn’t called them I’d still be stuck right now.’

He said he got stuck in the helicopter spring rocker after his daughter asked him to show her how the toy worked.

He said: ‘I thought as a treat I’d take my children to the park.

‘My youngest daughter asked what the helicopter was and said she wouldn’t go on it until I did first.

‘I got, it was a bit of a tight squeeze.

‘I was on for about five minutes before I tried to get off but I couldn’t. She thought it was hilarious and started filming it.’

The father gradually became more tangled in the toy, eventually ripping his trousers and smashing his phone. 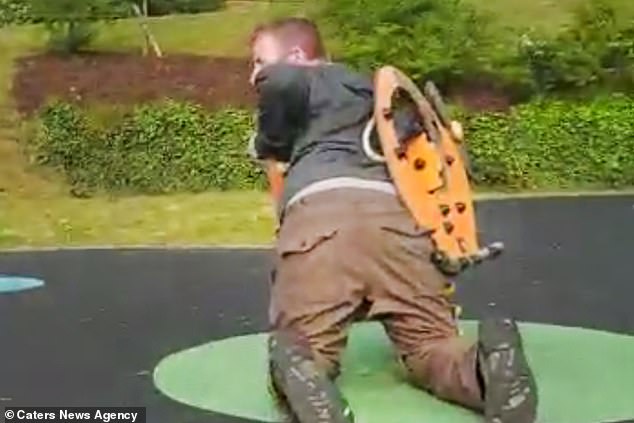 As he was stuck on the spring rocker, Mr Clark ripped his trousers and smashed his phone

‘I was rattling around and slid down further,’ he said.

‘I thought if I kept wriggling I would be able to get out but it really hurt. It was getting a bit ridiculous.

‘Eventually after about half-an-hour I got my daughter to pass me her phone and I rang the fire brigade.’ 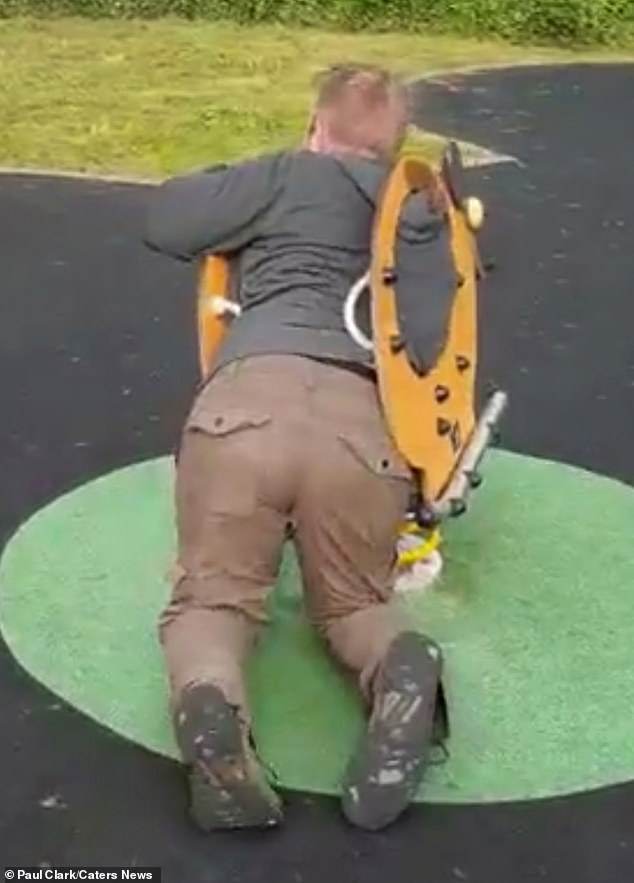 Mr Clark was rescued by four firefighters who screw the frame off the rocker to release him.

He added: ‘They got some bolt croppers and were going to chop the handles off but I didn’t want them to ruin the rocker.

‘In the end they screwed the handles off with a special drill so you can’t tell there’s any damage to it.’