Father, 40, who was killed by a speeding car during Magaluf stag party had taken cocaine just before, inquest hears 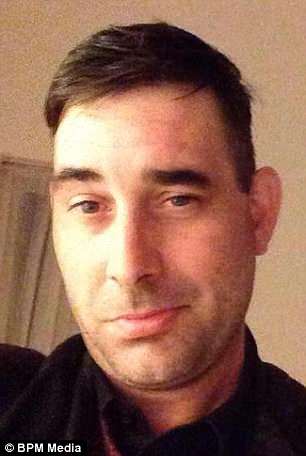 Adrian O’Kane, of Shaftmoor Lane, Acocks Green, died after being struck by a car in Magaluf on April 23 last year

A much-loved father who died on a stag weekend in Spain had taken cocaine just before he was killed by a speeding drink-driver, an inquest has heard.

Labourer Adrian O’Kane, of Shaftmoor Lane, Acocks Green, died after being struck by a car in Magaluf in the early hours of April 23 last year.

The 40-year-old was so intoxicated that he was seen in a ‘semi-standing position, almost on all fours’ as he crossed the road in Carrer Pinada at around 3am.

Post-mortem examination results concluded that Mr O’Kane suffered a severe head injury following a collision involving a motorist in a dark-coloured Ford Focus said to have been ‘driving at an excessive speed’.

Witnesses recorded hearing the car ‘skidding’ along the strip in Carrer Punta Ballena before turning into Carrer Pinada.

The 39-year-old driver, a Spanish man, was arrested on suspicion of involuntary murder and drink-driving, having tested positive for alcohol and drugs.

Mr O’Kane, known to friends as Swanny, had large amounts of alcohol in his bloodstream and had taken cocaine prior to being hit.

Reading out a toxicologist report, senior coroner Louise Hunt said: ‘The subject had ingested large amounts of alcohol, 2.86 grams per litre, together with the consumption of cocaine immediately prior to the accident.

‘The consumption of toxic substances around the time of his death was therefore very likely to have contributed to the accident.’

It was recorded that 0.22 grams of cocaine was in Mr O’Kane’s system.

Mrs Hunt concluded: ‘I’m satisfied with the evidence that has been provided to me that I should formally record in relation to how, when and why Mr O’Kane came to his death; that he died at Carrer Pinada del Magaluf during the early hours of April 23, 2017, as a result of being hit while in the carriageway by a Ford Focus, which was travelling at excessive speed.

‘The deceased was intoxicated at the timing of the collision with a blood alcohol reading of 2.86 grams per litre and a cocaine level of 0.22 grams per litre.

‘I am going to record the conclusion as road traffic collision.’ 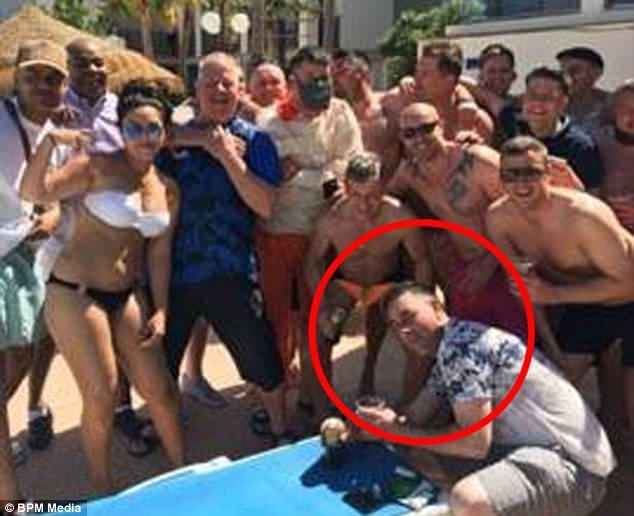 Mr O’Kane, who was known to friends as Swanny, is pictured abroad with the stag Danny Nicholson before he was hit by a Ford Focus, which was travelling at excessive speed

After the tragedy, Mr O’Kane’s relatives said they were ‘overwhelmed’ by the response to a fundraising campaign to return his body to the UK.

The appeal saw more than £30,000 raised in less than a fortnight.

Fiona O’Riordan said: ‘Our family is overwhelmed by the tremendous support both financial, physically and emotionally we are receiving from far and wide.

‘Words can’t express the magnitude of loss we feel, and know that you are all as heartbroken as us.

‘We thank everyone for your kind words and support that just shows how loved Adrian was and will enable us to give him the send-off he would wish for.

‘Thank you from the bottom of our hearts.’

Long-time friend Danny Nicholson, the groom at the centre of the stag weekend, said: ‘I knew Adrian for 35 years and whoever he met, he made them smile.’