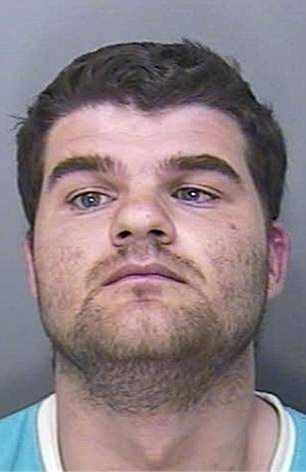 A man has been jailed after he admitted killing his six-month-old son by shaking him violently when he wouldn’t stop crying.

Little Ruben suffered a ‘catastrophic’ brain injury and had several rib fractures after Sweet shook him until he became unresponsive and floppy.

Sweet continue to deny murder before a packed courtroom, but pleaded guilty to the lesser charge of manslaughter, which was accepted by the prosecution.

He was jailed for five years and four months at Plymouth Crown Court, which prompted an angry reaction from family and friends of Ruben.

Ruben’s mother, refered to as Miss Harris, shouted an obscenity at the judge before she stormed out of court in tears upon hearing the sentence.

Simon Laws, prosecuting, earlier told the court Sweet had looked after Ruben overnight in a shared house in Plymouth, Devon, from May 27 to May 28 last year.

Mr Laws said Sweet denied that he had harmed Ruben, which caused a year of medical investigations.

Sweet finally admitted in police interview on May 1 that he had shaken Ruben because he would not stop crying.

He told officers: ‘I only realised what I had done when he stopped crying. I never meant to kill him.’

Sweet called the ambulance service and the boy’s mother at about 7.25am. Ruben, who had suffered a brain injury, never recovered and died in hospital three days later.

Ruben’s mother – Miss Harris – bravely read her own statement to the court in person yards from Sweet behind plate glass in the dock. 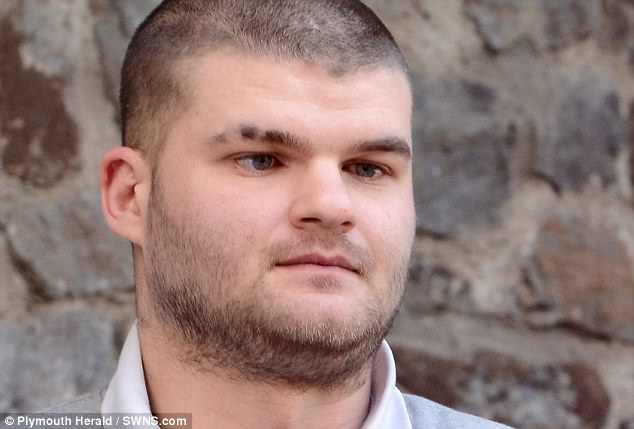 She told the court she had suffered depression and anxiety and felt she had failed her son.

Miss Harris added: ‘My suicidal thoughts have increased. I feel I have failed him and just want to be with him.

‘All I want to do is hold my beautiful boy one last time.’

Sweet, of Plymouth, Devon, sat through the hearing with his head bowed.

The baby also had nine ‘microfractures’ to his ribs, which showed his father had grabbed the baby under his arms and shaken him backwards and forwards until he became unresponsive and floppy. 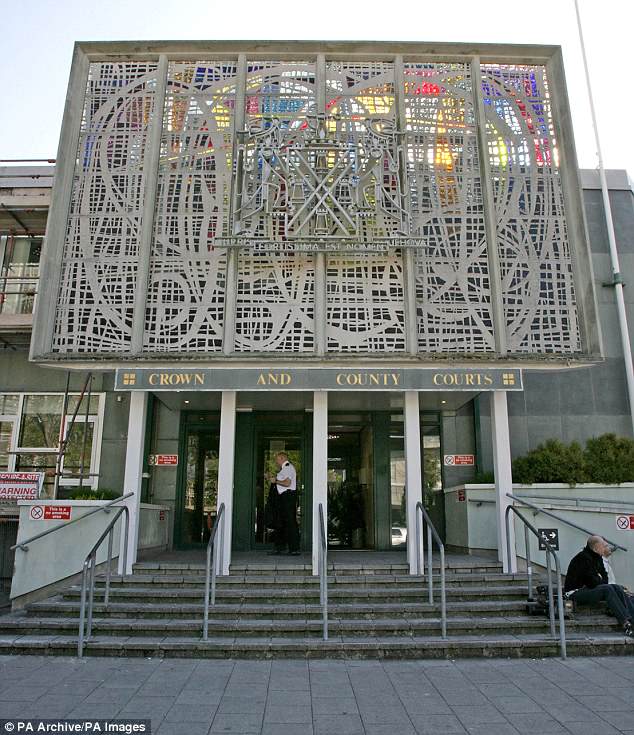 He added that Sweet had given ‘conflicting accounts’ to the police.

The Judge said: ‘He pretended not to know what had happened.’

He added that there had been ‘no serious concerns’ about the parenting of Ruben.

The Judge added: ‘No sentence I can pass can reflect the loss suffered by Ruben, Miss Harris and the family.’

He added that he had to take account of sentencing guidelines, the defendant’s good character and credit for guilty plea.

She added: ‘He grieves for the death of his son. He is utterly ashamed and mortified for what he did in these few moments. He wishes more than anything he could rewind the clock.

‘He was a young man with depression with no experience of looking after a young child. All he wanted was for Ruben to stop crying.’

Miss Martin said Sweet was terrified and buried his head in the sand rather than admit what he had done.