An angry father has slammed police for not telling him a ‘neighbour from hell’ he had reported for filming his young children was a two-time convicted sex offender.

Thomas Goodall, 27, from Bradford, says he reported neighbour Dennis Lavery at least 15 times to police because of his threatening behaviour but they didn’t tell him about his criminal past.

It was only after a friend read him a newspaper report he found out that Lavery, 65, had been jailed in 2008 for repeatedly raping a young woman. He was last month jailed again for molesting a woman between 1979 and 1980. 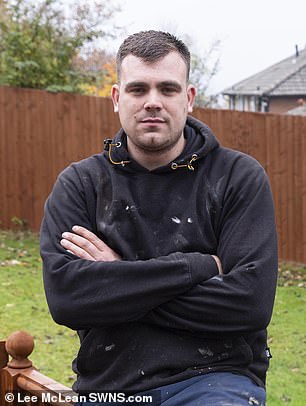 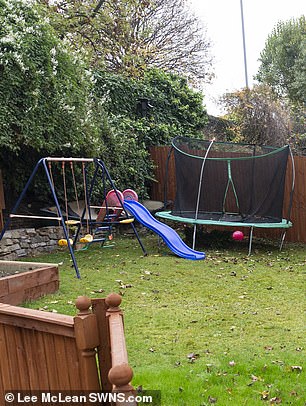 Thomas Goodall, 27, from Bradford, (left) says he reported neighbour Dennis Lavery at least 15 times to police because of his threatening behaviour but they didn’t tell him about his criminal past. He has now built a fence to screen his garden and home (right)

Mr Goodall said he was stunned to find out his young daughter and son had been playing just two feet from the garden of the convicted rapist.

The father, whose garden backs onto the house where Lavery lived, said: ‘My kids were within two feet of a sex offender. We should have been told.’

He only discovered Lavery’s horrific past after a neighbour spotted his story in a local newspaper.

He added: ‘I couldn’t believe it, in two years’ time he would be due to come out and for all we know he could return here. Why were we not told?’

It was after being released from prison for the rape that Lavery began a campaign of terror against Mr Goodall’s family including allegedly filming his children Olivia, eight and Archie, two. 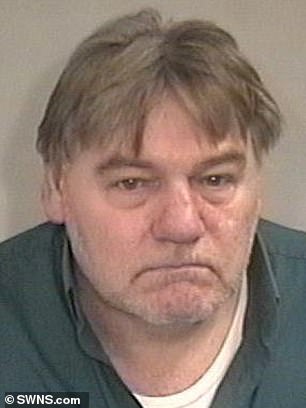 Lavery, 65, was jailed in 2008 for repeatedly raping a young woman. He is pictured in a police mug shot

The litany of complaints against Lavery included him allegedly taking pictures of the family, shooting fireworks towards his neighbours and intimidating them.

Mr Goodall said Lavery had also terrified other neighbours – including a family who were forced to take a low offer on their house in a desperate rush to escape.

The builder said he complained about Lavery’s behaviour between ’15 and 20′ times in the course of a year but officers never told him about his record – despite him facing a second sexual abuse trial.

He was convicted by a jury at Bradford Crown Court of the two offences of indecent assault in Bradford.

Mr Goodall said: ‘When there’s been police involved 10-plus times, surely they could have told us. It is disgusting. We have had nothing but problems with him.’

Under the Child Sex Offender Disclosure Scheme, parents can contact the police to ask if an adult in contact with their child has a record for child sex offences.

Officers will then assess if the person named in the application is a threat to the children based on previous child sex abuse convictions.

Checks must be completed to ensure that there is no immediate risk of harm to the particular child or children within 24 hours of the report.

It is also known as Sarah’s Law, having been introduced after the murder of eight-year-old Sarah Payne at the hands of a paedophile in 2000.

As a result of the alleged incidents, Mr Goodall felt he had to put up security cameras and replace the gap hedge adjoining Lavery’s garden with a tall fence to screen his garden and home.

He said the police claimed they couldn’t do anything about the complaints and he has put in a complaint about that and officers’ lack of information about Lavery’s past.

He added: ‘They said they don’t have to notify people but surely something should have been done.’

Mr Goodall fears there is nothing to stop Lavery returning to his house, where his wife still lives, after he has finished his sentence in about two years’ time.

‘As such all MAPPA offenders are risk-assessed to identify anyone who may be at risk of serious harm from them.

‘As part of this process, consideration is given in each case as to whether the disclosure of information about an offender to others should be made to protect victims, potential victims, staff, and other persons in the community.’ 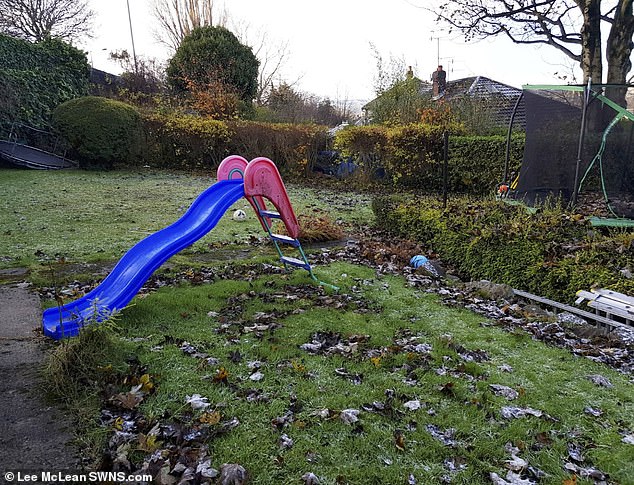