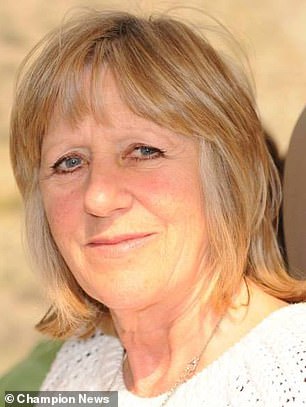 A wealthy father-of-three lawyer who mysteriously vanished in 1998 has been declared legally dead amid rumours he was murdered by diamond-trafficking gangsters.

Solicitor Brian Maisch was accused of siphoning over £600,000 from his clients to overseas accounts, London’s High Court heard.

He was last heard from in July 1998 when he rang his sister-in-law in Wales, telling her he had ‘travelled thousands of miles’ and was now in a ‘beautiful place that his son would love.’

He signed off by saying that he ‘would be in touch again’ but since then there has been complete silence.

This week the missing lawyer’s ex-wife Maire Maisch asked Judge Paul Teverson to rule that Mr Maisch should be legally presumed dead to give his family closure. There had been a sinister ‘rumour’ that Mr Maisch may have met a violent end and been murdered after he ‘let down’ the wrong people over a diamond deal in Switzerland.

Mr Maisch, who practised in Ilford and Walthamstow, and lived in Chelmsford, ‘went missing’ in 1998, explained Judge Teverson, adding: ‘It appears his disappearance was connected to having transferred large sums of client money from his practice accounts into overseas accounts’.

His 19-year-old daughter was expecting her first child when he vanished and her father knew this, Mrs Maisch told Judge Teverson.

Soon after going off radar in April 1998 he had contacted his ex-wife by phone and written a letter home which Judge Teverson said showed ‘his continuing affection for Mrs Maisch and his family’.

But despite his clear, strong, family feelings, his loved ones have had to live with a legacy of silence for the past two decades, and Mrs Maisch has now become convinced that he is dead.

In a bid for closure to the family’s 22 years of heartbreaking uncertainty, she went to court to ask the judge to rule that Mr Maisch is dead as ‘she and the members of her family want there to be finality in the matter’. 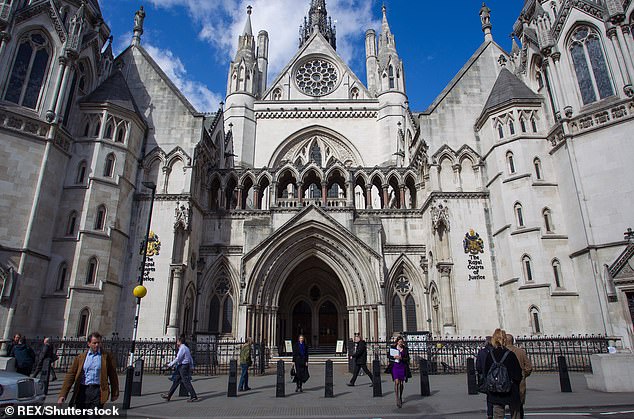 Solicitor Mr Maisch was accused of siphoning over £600,000 from his clients to overseas accounts, London’s High Court, pictured above, heard (file photo)

By live video link – and visibly distressed – Mrs Maisch told Judge Teverson: ‘I don’t think any of us feel he is still alive.

‘I think we believe if he was still alive he would have got in contact. At the time he left my daughter was pregnant with her child and he knew that.

‘He also sent us a letter which indicates he had no intention of just disappearing.’

In 1999, the year after his disappearance, Mr Maisch was struck off the solicitors’ roll at a disciplinary hearing in his absence, the court heard.

Barrister Andrew Hopper, representing the Law Society at that hearing, explained that at the time he vanished the Society had lost all trace of Mr Maisch abroad.

But although no concrete information had come to light, a ‘rumour’ had surfaced that Mr Maisch may have been killed by criminals after ‘letting them down’ in a shady diamond deal, Mr Hopper said.

‘The only rumour persisting is that he may not in fact have survived,’ the barrister told the disciplinary hearing.

‘This is in relation to subsequent transactions to do with the purchase of diamonds in Switzerland, and which involved parties who may not have been too kind to him if he let them down.’

Mrs Maisch asked the judge to register her ex-spouse’s death, bringing her claim under the 2013 Presumption of Death Act, through which death can be assumed if a person has not been seen alive for at least seven years.

She would have problems proving entitlement to part of her ex-husband’s pension without legal proof of his death, the court heard.

Judge Teverson, giving his ruling, said it was reasonable to assume Mr Maisch had died by the end of 1998, noting that his last communication was with his sister-in-law in July 1998, when he had travelled ‘many thousands of miles from England’.

‘That conversation referred to Mr Maisch having said he had travelled many thousands of miles and that he was in a place that his son would love as it was beautiful,’ added the judge.

‘He said during the conversation that he would be in touch again.’

‘On the evidence before me I am satisfied that it’s right for the court to conclude that Brian Maisch has died,’ he concluded.